Estimating the displacement of a drone in three dimensions

Assuming a drone is in two dimension, it has to predict its future position by calculating its future displacement: 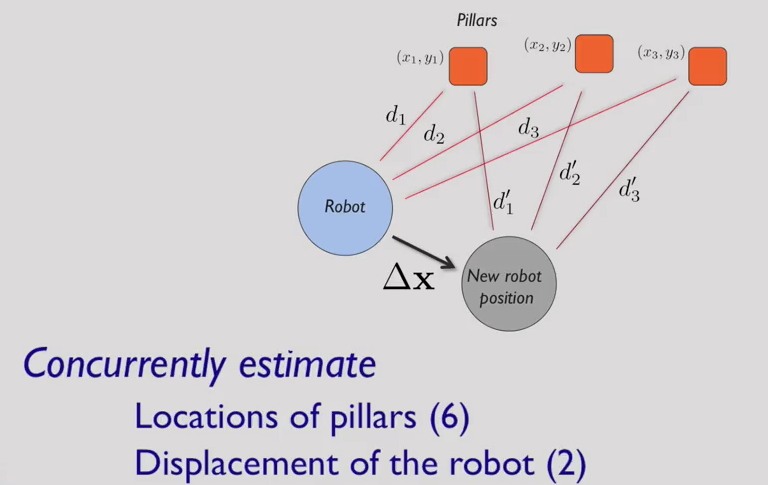 For a real quad-rotor, why should we not only estimate the displacement of a robot in three dimensions but also the change of orientation of the robot, its linear velocity and its angular velocity?

quadcopter motion-planning uav
Share
Improve this question
edited May 22 '16 at 19:47

By assuming that the drone is 2D as you have done, you are fixing the vertical axis (e.g. height from the ground). For a real drone operating in 3D, there are six degrees of freedom corresponding to the x,y, and z position of the robot in space as well as the roll,pitch, and yaw of the drone.

Not the answer you're looking for? Browse other questions tagged quadcopter motion-planning uav or ask your own question.

1
Backstepping Integrator: changing the virtual control
3
What kinematic equations should I use for Kalman filter state propagation in IMU based quadcopter navigation?
6
Paradox: I can't use accelerometer measurements to obtain information about my states in a quadcopter?
0
Is it possible to achieve control of 4 DOF in quadcopter?
0
Dropping a box from a quadcopter
1
Tuning a cascaded attitude and attitude rate PID controller
1
Constrained Inverse Kinematics velocity calculation via Jacobian
0
Communication method between drone swarm members
0
Quadrotor dynamics: How is torque created