Is this supposed to be a bearing? 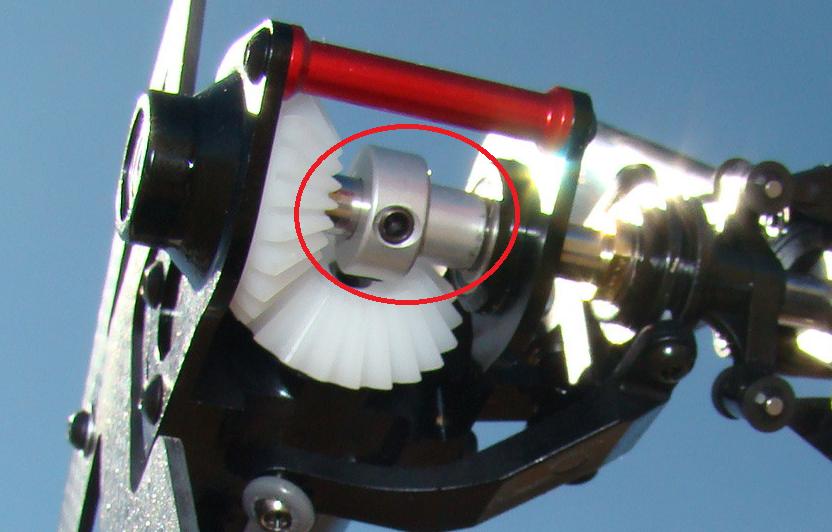 I wonder if the "tail output shaft stopper" (circled in red) is meant to be a bearing or just a piece of metal stopper: 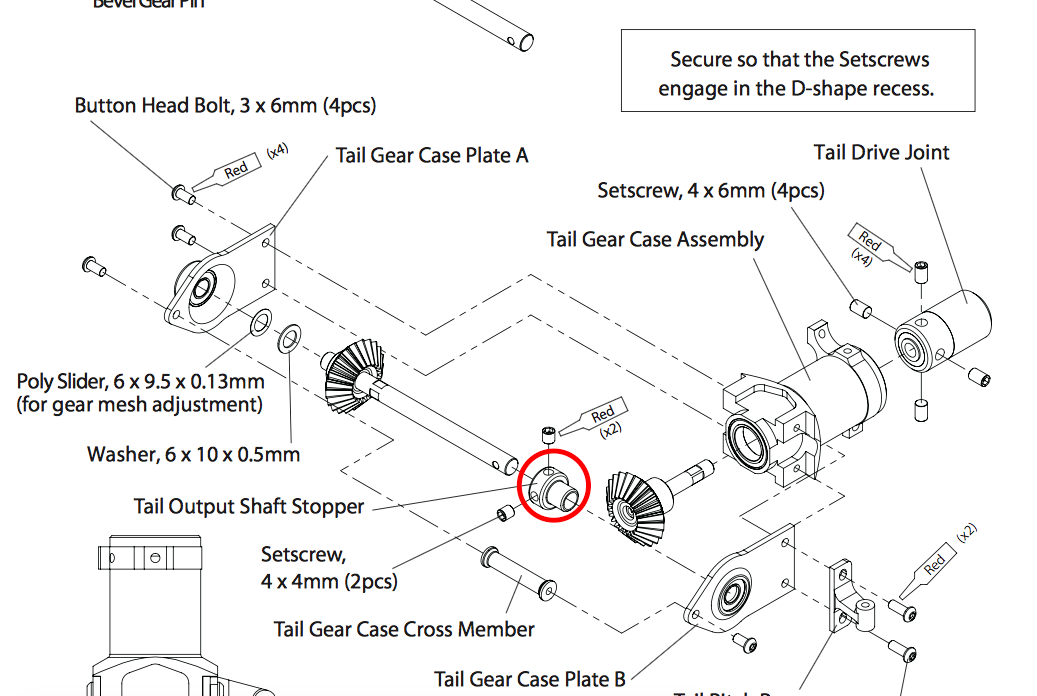 My reading is that, since it's held by 2 set screws, the whole part should rotate with the rod. While rotating, it'd rub against the bevel gear on the tail drive though. Am I missing something?

A shaft stopper like that is made to let you assemble the device more precisely. The bearings look like they are in the "Tail Gear Case Plate" subassemblies. By using a shaft stopper you can insert the shaft into the bearings, but keep the shaft stopper set screws loose. Then add whatever preload you want and locktite it in place (notice the "red" instructions in the drawing).

Regarding your additional question about how to secure the bearing: attaching a shaft and bearing can be a challenge. Often a press is used if they are smaller components. For large items the bearing is often heated, and, less commonly in my experience, the shaft may be cooled in dry ice. A press may still be needed. The tight clearance between the inner race of the bearing and the shaft helps to ensure the load is spread along the ID of the bearing.

You can see exactly this part in your image. It won't rub anywhere. Since your second pictures shows a so called exploded drawing you cant tell a lot about exact metrics.

As SteveO suggested, it is clear from the exploded diagram that a bearing is part of each Tail Gear Case Plate, and the Tail Output Shaft Stopper is locked to the output shaft using the set screws, which sit in the D grooves in the shaft.

The Washer and Poly Slider precisely set the distance between the left bearing and the mesh gear (actually a mitre gear), while stopping the shaft from sliding up/left on the exploded diagram and disengaging the leader and follower.

The purpose of the Tail Output Shaft Stopper is to stop the shaft being pulled in the opposite direction, which is the direction the blades are going to be causing the shaft to be pulled when rotating.

With the stopper in place, the sideways force would be applied from the shaft to the bearing, through the Stopper, with very little force applied to the mesh gear.

Without the Tail Output Shaft Stopper all of the sideways force would be applied via the mesh gear, potentially wearing it out sooner, and possibly even causing it to bind and stop rotating altogether.

This sort of arrangement is fairly common in robotics application.

Not the answer you're looking for? Browse other questions tagged mechanism torque gearing or ask your own question.

2
Is this gear design feasible?
1
How do I achieve this? Grid of dowels powered by piston-like movement
4
How can this mobile robot rotate so perfectly?
0
Will this have more or less lifting strength
1
I need help figuring out what motor is used in this design
0
What is the front mechanism of this robot's track called?
0
How does this end effector work?
1
How is this torque value arrived?
2
How to solve this differential equation using ode23?