I'm trying to control a higher voltage motor than an arduino can source with a pin, with an arduino. I am trying to hook it up to a transistor. The battery pack is not supposed to be 4.8V, it's 6V, 4 D batteries.

Here is the setup: 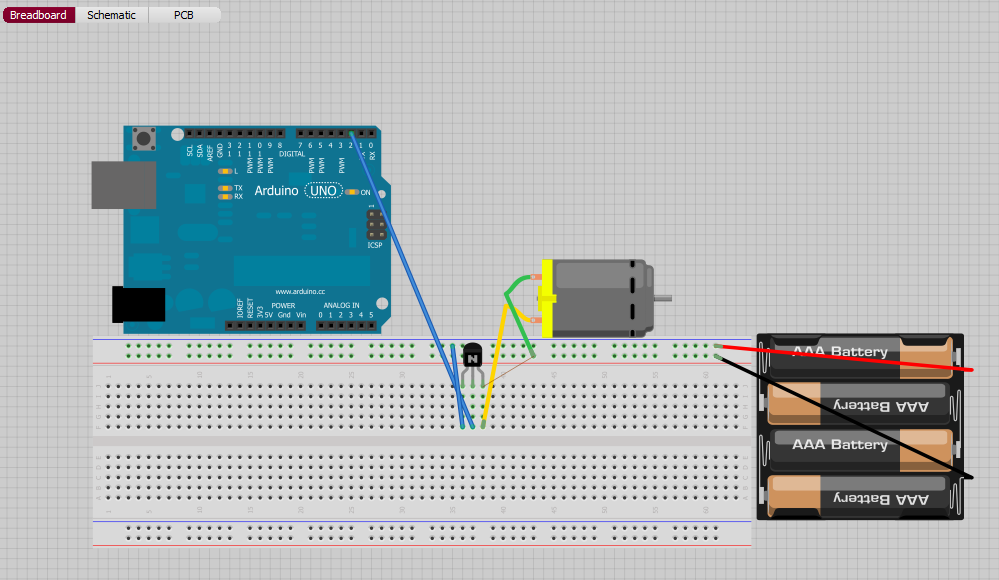 Here is the arduino code I'm trying to run to it:

Code gives me no errors, but no motor movement happens. What would make this work? Thanks.

Your hardware configuration sounds wrong... your trying to provide all the drive current from the arduino

Given your description, your using a bipolar (NPN or PNP) transistor, I'd wire up as:

This way, the processor is switching the current flow between Vcc and the motor, not supplying all the power.

It's possible that this isn't working because you have blown your transistor. There are a couple of things which could have blown it:

So you should add a base resistor, and a flyback diode. 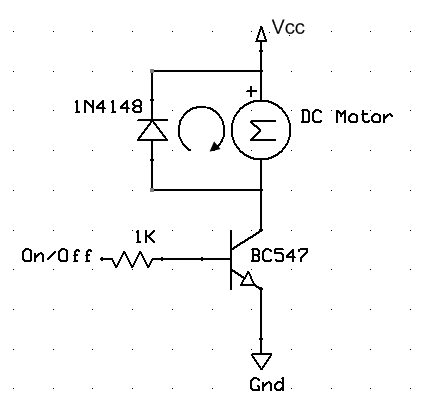 I always like to add an LED to the Arduino's output too, so that I can see exactly when the output is high. And if you're doing PWM on that pin, then the brightness of the LED tells you the duty cycle.

The reason for putting the transistor below the motor is that it's easier to make it work. To switch on the transistor, I just have to push a little current through the base by bringing its voltage up higher than the emitter. But if the transistor was above the motor, and the motor was running at 12v, then it's going to be impossible for the Arduino to do this, because it can't generate a voltage high enough.

When you put the transistor above the motor, you need to add another transistor to help you deal with the large voltage required by the base. 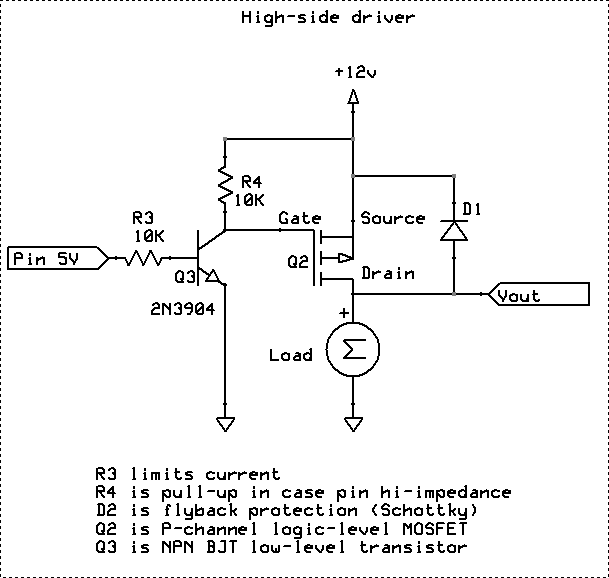 In this circuit they're using a FET, rather than an NPN transistor, so the base is called a gate, but the same thing applies.

And for the 'I'd rather be designing the sensors and grippers' of us, consider a ready made motor shield for Arduino such as: 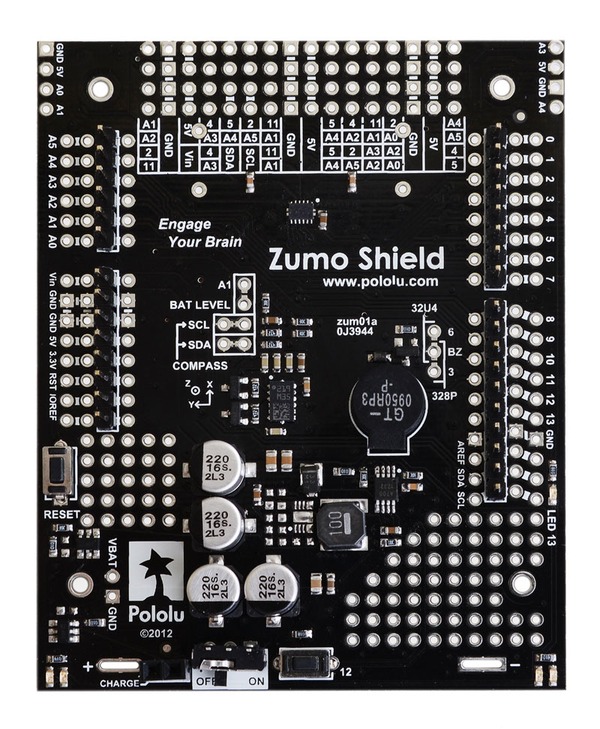 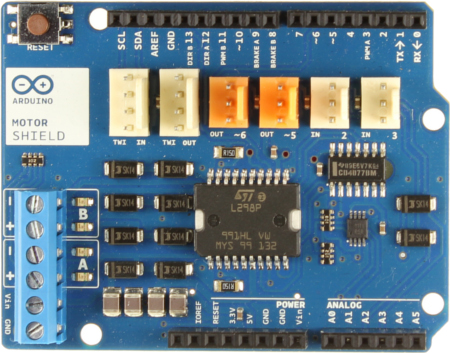 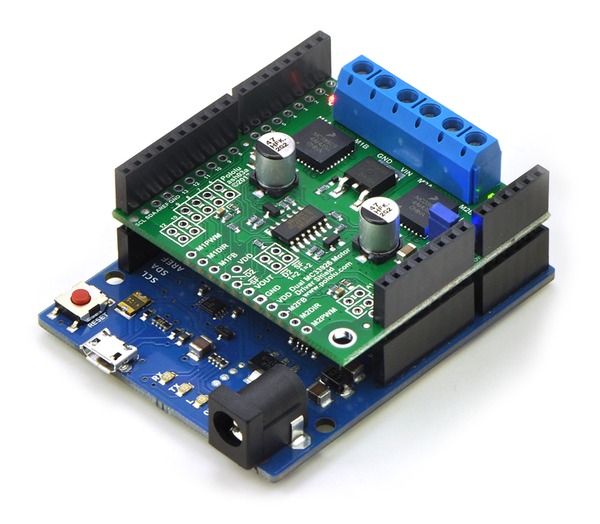 I actually just ran into this and I found that my resistor going from my Arduino pin to the base was wrong. You might want to watch this video. It was very useful for me. http://www.youtube.com/watch?v=DLl7-CmVT7w

You need first to know how much current your motor draws at no load, and also at stall. After that you need to choose a transistor that its collector or its drain can support the stall current.

You have to know that your current configuration is just for a one direction control, and to which direction that depends on the polarity.

You need an H-Bridge like L293-L298 for controlling in two directions.

Not the answer you're looking for? Browse other questions tagged arduino motor or ask your own question.