How to interpret the result of image rectification? 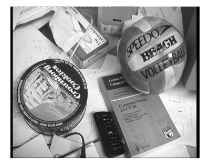 To me the original image makes more sense, and is more 'rectified' than the second one. I mean, why does the result of rectification looks like that? and how are we supposed to interpret it? what information does it contain? An idea has just dawned on me : could it be that this bizarre shape of the rectified image is dependent on the method used for rectification, because here polar rectification was used (around the epipole)?

In Stereo Vision, image rectification is used to "warp" (remap the pixels using the translation, rotation, fundamental matrices computed from camera calibration) the image to remove distortions introduced in camera lenses and horizontally align pixels in the left and the right images to satisfy the epipolar constraint so that when stereo matching is performed, only a horizontal search in one row of the image is needed when finding the respective matches speeding up the process.

Your result is probably due to the camera calibration errors (Errors in obtaining the required mapping matrices (Intrinsic and Extrinsic Camera Parameters) ). Try to get the reprojection error as low as possible. In my case it took me a whole day or two to get the rectification right.

Not the answer you're looking for? Browse other questions tagged mobile-robot stereo-vision 3d-reconstruction or ask your own question.

3
How do I interpret these specs for a motor and motor driver?
3
How to get the projection matrix from odometry/tf data?
1
How to efficiently do 3D mapping of an area on a MAV?
4
Navigating through a Maze using path-planning (Dijkstra)
4
Stereo Camera calibration with different camera types
1
How is the depth estimation done in DTAM / LSD-SLAM (direct VSLAM)?