Solar panel set rotation: How to achieve both vertical and horizontal rotation? 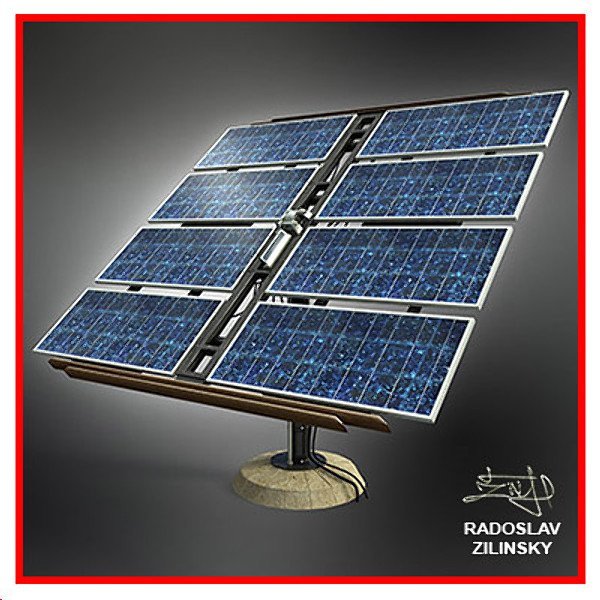 How can we achieve this kind of rotation to enable maximum trapping of solar rays during the day?

Your question is very broad... what have you tried already? SE can help with specific issues, but not design an entire sun tracking system.

However, a simple google for "sun tracker DIY" should give you some ideas. 50k4's suggested link is a very good example of a DIY sun tracking system.

Basically you need to track the Sun, on a daily basis, throughout the year. So a mechanical system with 1 or 2 DOF (degree of freedom) is required to tilt the panels, along with a mechanism to track the Sun.

There are two types of tilt required - vertical and horizontal:

How you mount the panels on to the servos is up to you, either:

Remember the larger the number of panels in the array (2x2, 3x3, 4x4...), the heavier the array will become, the greater its mechanical inertia and the larger the required actuator will be. You could use one actuator for each panel, but then the maintenance required will be greater, as there are more servos to maintain. Also, from a cost perspective, is one big actuator cheaper than 9, or 16, smaller servos?

There are a number of ways to actually track the Sun, to keep the panels facing the Sun, including:

25
What algorithm should I implement to program a room cleaning robot?
12
What are the reasons for not having autonomous robots in our daily activities?
10
Sonar for obstacle avoidance: how many sensors and where to place them?
2
Angular velocities and rotation matrices
0
2D Robot Motion
1
How to balance a long vertical bar
0
Plot a map using wheel encoder and IMU data