Like the title says.. Will it work? I know about the due 3.3 volt limitations.

I want to build a hexapod with 18 servo's.

The shield I am looking at:

If it isn't compatible. Is there an alternative shield which will work? I can't seem to find much for the due.

It should be possible to plug that shield into either a Due or a Mega, with the caveat that the URF01 pins on the shield may interfere with two sockets of the Power header (IOREF and the opening next to it). (Older Mega's may have a six-pin Power header rather than eight-pin.) If there's interference you might need to remove a pin or two from the URF01 group. Here is a picture of a Due overlaid (at 41% transparency) on top of a Mega:

The overlay is imperfect (due to slight mispositioning, slight scale errors, and camera distortion) but is good enough to show that the shield should plug in. The shield appears to have a power-indicator LED on it, but aside from that apparently has no electronics to cause problems.

The photos that I overlaid came from arduinoBoardMega and ArduinoBoardDue or related sites.

The following is from “nice drawings of the arduino uno and mega 2560” on arduino.cc and should let you measure your Due to see if it matches: 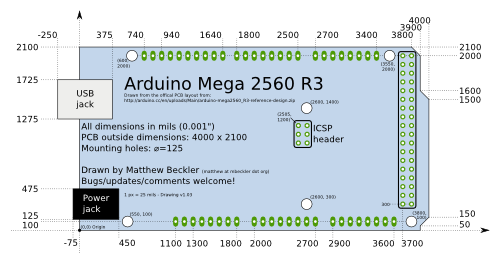 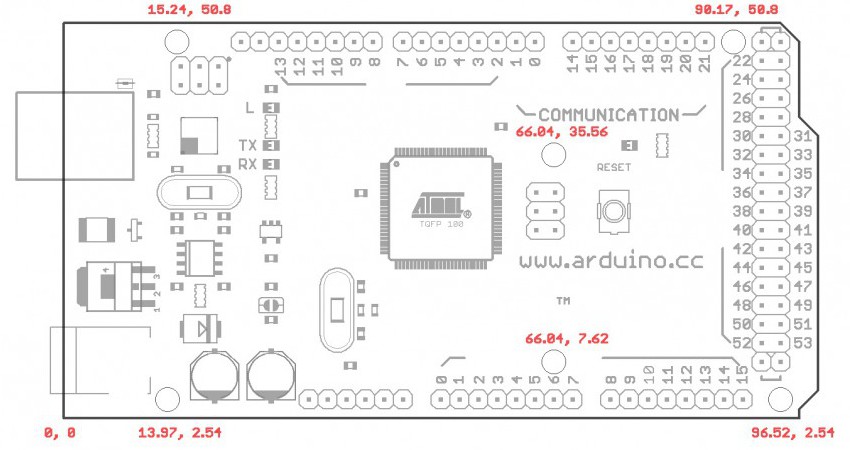 The thread shield layout for DUE/Mega in forum.arduino.cc also may be of interest. It suggests the Due and Mega have matching pin layouts. It also gives links to some CAD files for the boards.

Not the answer you're looking for? Browse other questions tagged arduino or ask your own question.

0
Where can I find a tutorial or sample code for the Juniper WiFi Arduino Shield?
5
Send Arduino sensor data to server with GPRS shield
1
Arduino for simple Data-Glove. Should I go with Mega or Due?
3
Outputting a precise voltage in millivolts on Arduino Mega
1
Connecting multiple servos to a robotic arm
2
Can't run DC Motor with Arduino and Adafruit Motor Shield