I am currently working on a balancing robot project, which features fairly low-cost sensors such as an 9-Dof IMU with the measurement states

Currently I use the accelerometer and gyroscope readings, fused by a complimentary filter to get the angular deviation of the robot's upright (stable) position. The magnetometer values are tilt-compensated and yield the robots orientation with respect to the earth-magnetic field (awful when close to magnetic distortion). Furthermore I have pretty decent rotational encoders mounted on the wheels which deliver information on a wheel's velocity.

Given these measurements i want to try to get the robots pose (position + heading).

I do have minor theoretical knowledge on EKF or KF, but it is not sufficient for me to actually derive a practical implementation. Note that my computational resources are fairly limited (Raspberry Pi B+ with RTOS) and that I want to avoid using ROS or any other non-std libs. Can anybody help me on how to actually approach this kind of problem? 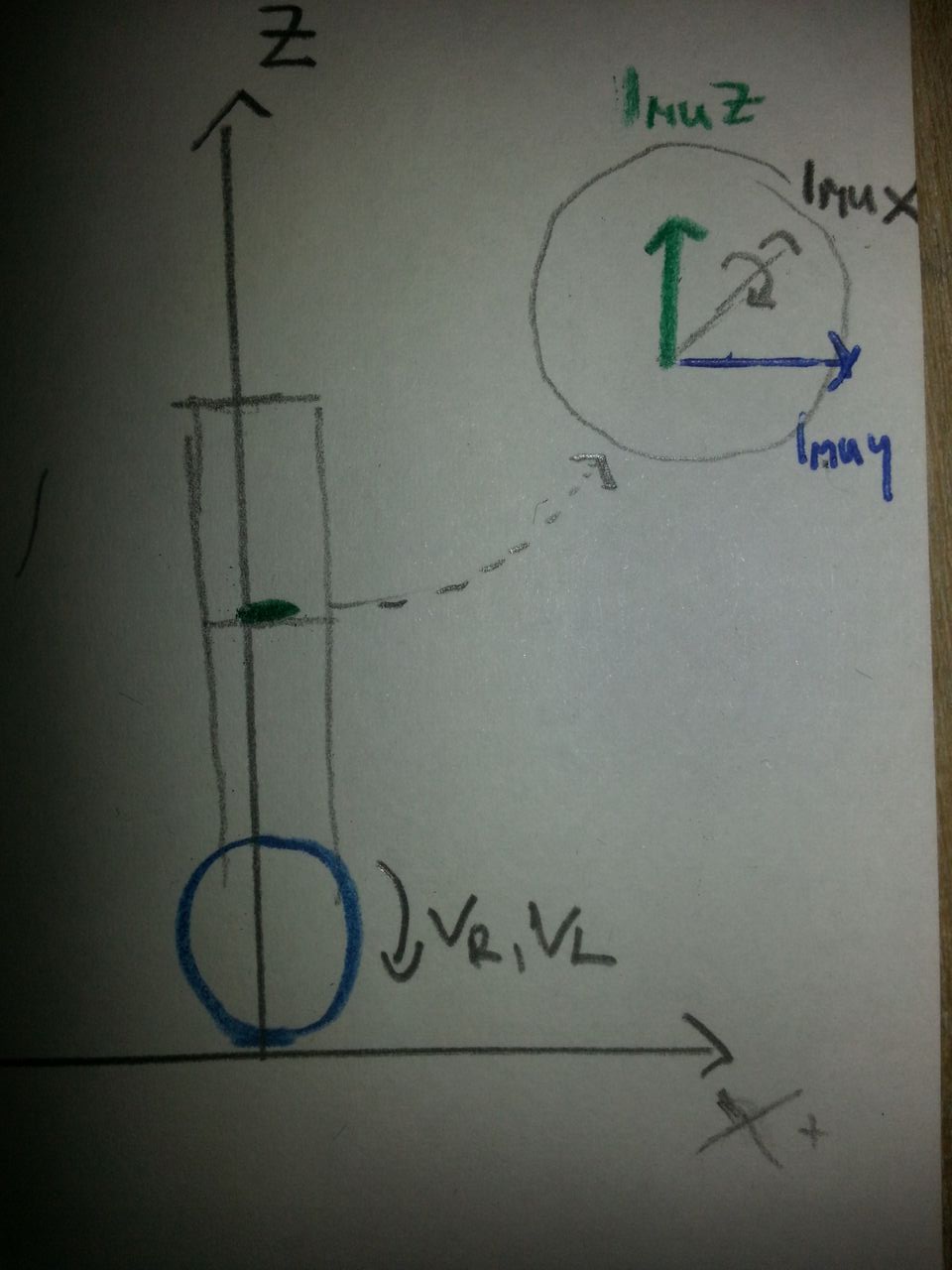 So you have acceleration readings from your IMU (linear and angular), and you get velocity readings (linear only) from wheel encoders.

Get velocity from linear and angular accelerations with

Here I've used $x$ but of course it's just a variable to use for whatever position you're interested in using.

I would suggest filtering IMU outputs before integration, but you can use whatever filter you want - lag, Kalman, or something more complicated. If computational simplicity is a priority I would highly suggest you check out the lag filter. It's basically a complimentary filter using the current sample and previous sample instead of two different sensors.

Finally, you can fuse the sensor readings with the complimentary filter. I don't think I can advise you as to which input you should place more emphasis because that will depend primarily on wheel slip (how much you "trust" the wheel encoder).

Not the answer you're looking for? Browse other questions tagged sensors kalman-filter imu sensor-fusion odometry or ask your own question.