I have a servo motor with quad optical encoder and I'm trying to control its position and velocity. By controlling both I meant that if I input that the motor should reach 90° at 200rpm then it should. How can I do that? I am using an Arduino Uno. Kindly share some code if possible.

Though I have implemented the PID, I don't think it is correct because I didn't implement the feedforward controller (because I have no idea what that is) and I have not been able to find suitable gains for PID. The gains I find for small steps (or say degree rotation) do not work out well for large steps and vice versa. I have also not used a limit for integral sum (because I don't how much it should be).

I am using a Pittman motor.

There are different ways to approach this problem, but in a general sense you could try this:

You have a PID controller for velocity. It'll look something like this (untested code):

When you tune the constants right, you should be able to run your arm at a constant speed. However, this is dependent that you have a fairly high resolution encoder, if you don't you won't have much of a way to controlling how fast your motors are spinning.

Now to control position, this will depend on your application. The "easy" solution is to have another PID controller that controls position, where this new controller outputs a velocity instead of a motor power.

If you want a more "controlled" method of controlling velocity, you can use an acceleration profile. For instance: 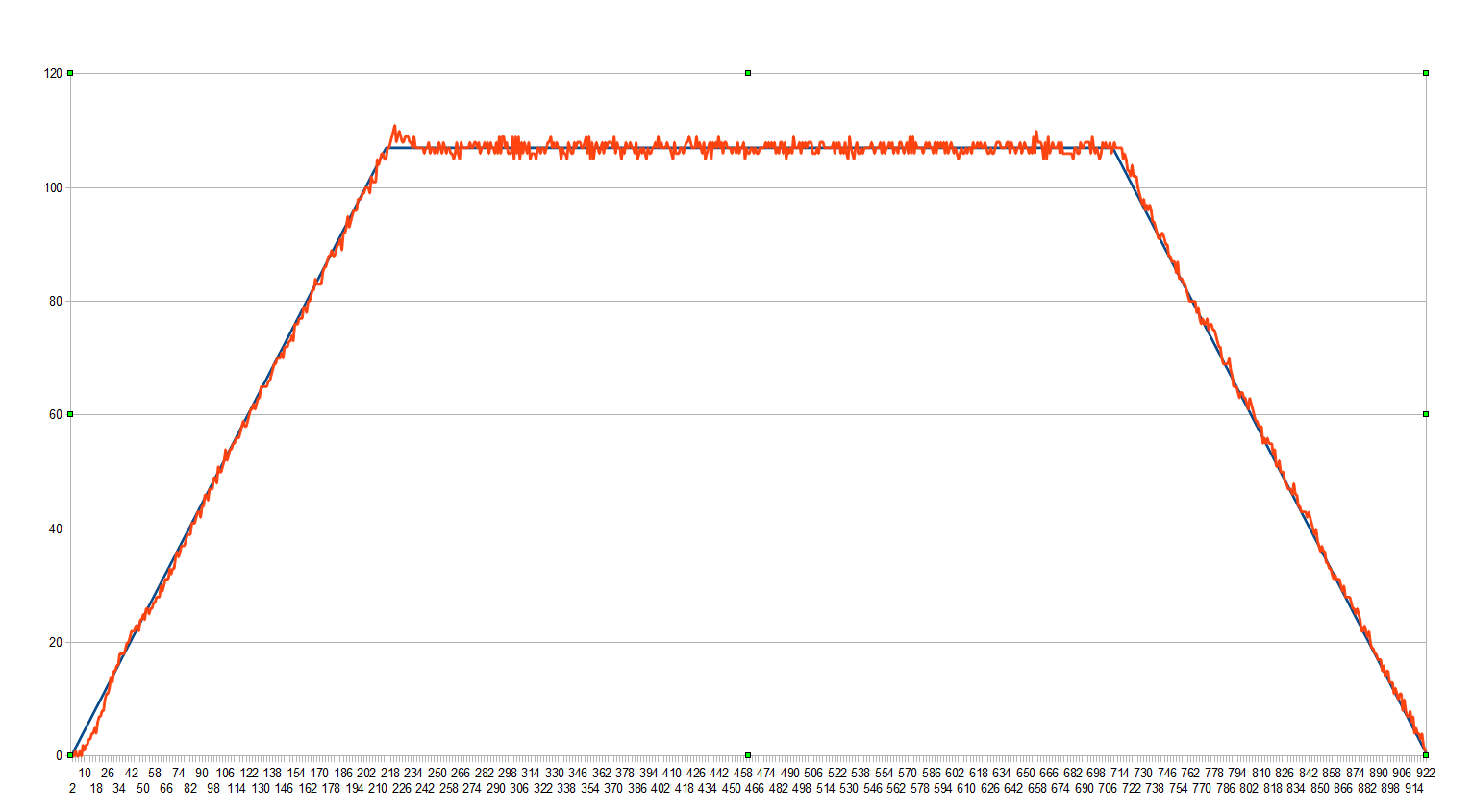 I did a lot of that memory, correct me if I messed up something. There are a lot of edge cases in that profile that isn't checked for, but that's the basic idea.