I'm trying to do graph optimization with G2O, mainly in order to perform loop closure. However finding minimal working examples online is an issue (I've found this project, as well as this one. The second one though has the form of a library, so one cannot really see how the author uses things.)

In contrast to online loop closure, where people update and optimize a graph every time they detect a loop, I'm doing graph optimization only once, after pairwise incremental registration. So in my case, pairwise registration and global, graph-based optimization are two separate stages, where the result of the first is the input for the second.

I already have a working solution, but the way that works for me is quite different from the usual use of g2o:

Although this works in many/most cases, it is a quite unusual approach, while one cannot draw the graph for debugging (all nodes are identities in the beginning, and the result after optimization is a 3d path), which means that if something goes wrong getting an intuition about this is not always easy. 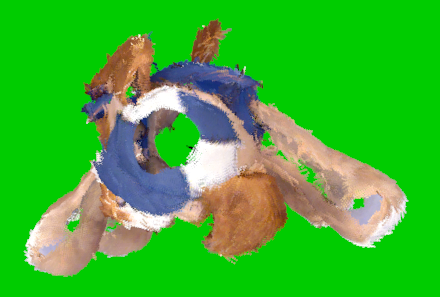 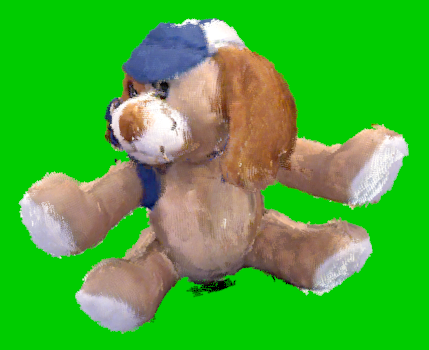 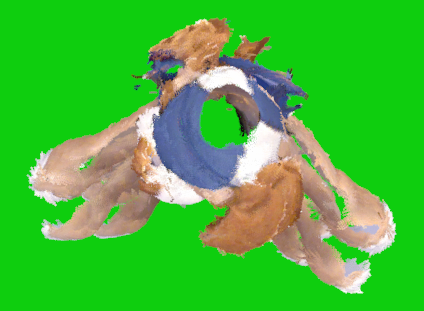 However I cannot make things running nicely with the 2nd approach. I've experimented a lot with the direction of the edges and the relative transformation that is used as measurement in the edges, everything looks as expected, but still no luck. For simplicity I still use the information matrix as mentioned above, it is a 6x6 identity matrix multiplied with the number of correspondences. In theory the information matrix is the inverse of covariance, but I don't really do this for simplicity (plus, following this way to compute the covariance is not very easy). 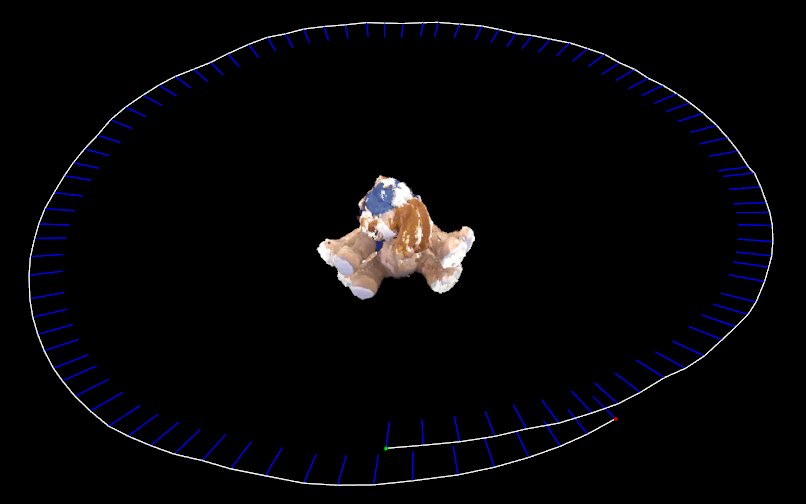 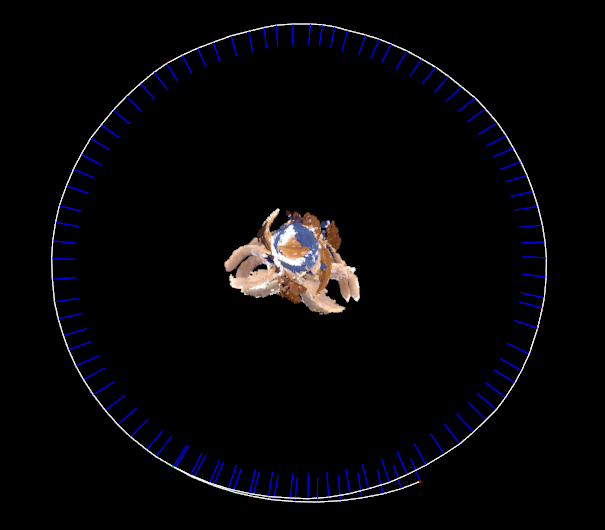 Are there any minimal working examples that I'm not aware of? Is there something fundamentally wrong in what I describe above? Are any rules of thumb (e.g. the first node in both approaches above is fixed) that I should follow and I might not be aware of them?

The nodes hold the poses of the robot/camera. It is unclear though at which reference frame they are defined. If it is the world coordinate frame, is it defined according to the camera or according to the object, i.e. first acquired pointcloud? This would affect the accumulation of the pose matrices during incremental registration (before the g2o stage - I try to form and optimize the graph only once at the end, for all the frames/pointclouds).

- As far as I can tell, they should be in world coordinate frame indeed. So we start with identity, and incrementally carry on moving as we compute the odometry transformations (if visual odometry is used). So basically Pose_1 = Identity, Pose_2 = Poise_1*T_12, ..., Pose_i = Pose_(i-1)*T_(i-1)i. So that's one way.

--> Note that instead of ICP you could have some other algorithm to align two point clouds, this is just an example.

The first node is always fixed. Does the fixed node affect the direction of the edge that departs/ends_up from/at the fixed node?

The first node is fixed because of the formulation of the linear system (which the whole graph optimisation equation becomes at the end, you can see g2o paper and also look for "A tutorial on Graph-Based SLAM")

Is there any other tricky point that could hinter implementation? If you read RGBDSLAM code, and RTABMAP code, you will see that they set the information matrix as the identity multiplied by something. This something can be a proxy that reflects the inverse variance, you can compute the variance itself (average distance between the aligned points of the point clouds aligned with T_(i-1)i). You can set it as the identity multiplied by the number of inliers in your aligned procedure of choice, the whole point is that your information matrix must say more or less how much certain you are about the correctness of the transformation T_(i-1)i, or how much information it's bringing to the system, that's the main semantic meaning.

I'm working in millimeter instead of meter units, I'm not sure if this will affect the solvers of g2o in any way. (I wouldn't expect so, but a naive use of g2o that was giving some usable results was influenced)

I don't think it should create problems either, although you should beware of numerical issues such as overflow/underflow, rounding, and such things.