For a high school project I will be building a robot that will draw an image on a whiteboard for you based on what instructions you give. To accomplish this a motor will move the pen on each axis similar to how a 3rd printer moves but without the Z axis. As far as code goes I'm fine but I was wondering if anyone could give me an insight on how to go about building the robot (i.e. what motors, best system for moving on axises etc) All help is appreciated thanks

The alternate method is to move the pen as you suggested (or the board if you have room) instead of the robot. This is called a XY Table.

To do this, you would need a set of stepper motors, some sort of linear rail system for movement, and a hardware controller board. The software will need to include acceleration and deceleration (and perhaps motion planning) to achieve smooth results. Coarse results can be achieved by simple instructions, as you mentioned. If you do not wish to write your own software, a board designed for 3D printing would work as is, and you would just need to learn G-Code to send to it.

Overall, I think typically the cost exceed the turtle bot approach, but the program can be simplier. Just be aware that steppers, can and do fail to step, if the mechanics bind in some way, thus precision of construction is critical.

An alternate of this alternate, is inverse kinematics where the pen is moved by a non XY motion. Again, the math can be complicated, but success has been accomplished by those younger than high school (well sorta).

What you are asking about is commonly referred to as a turtle robot.

There are a lot of kits, and looking at them will give you some idea as to how to build. Google after reading the Wiki. 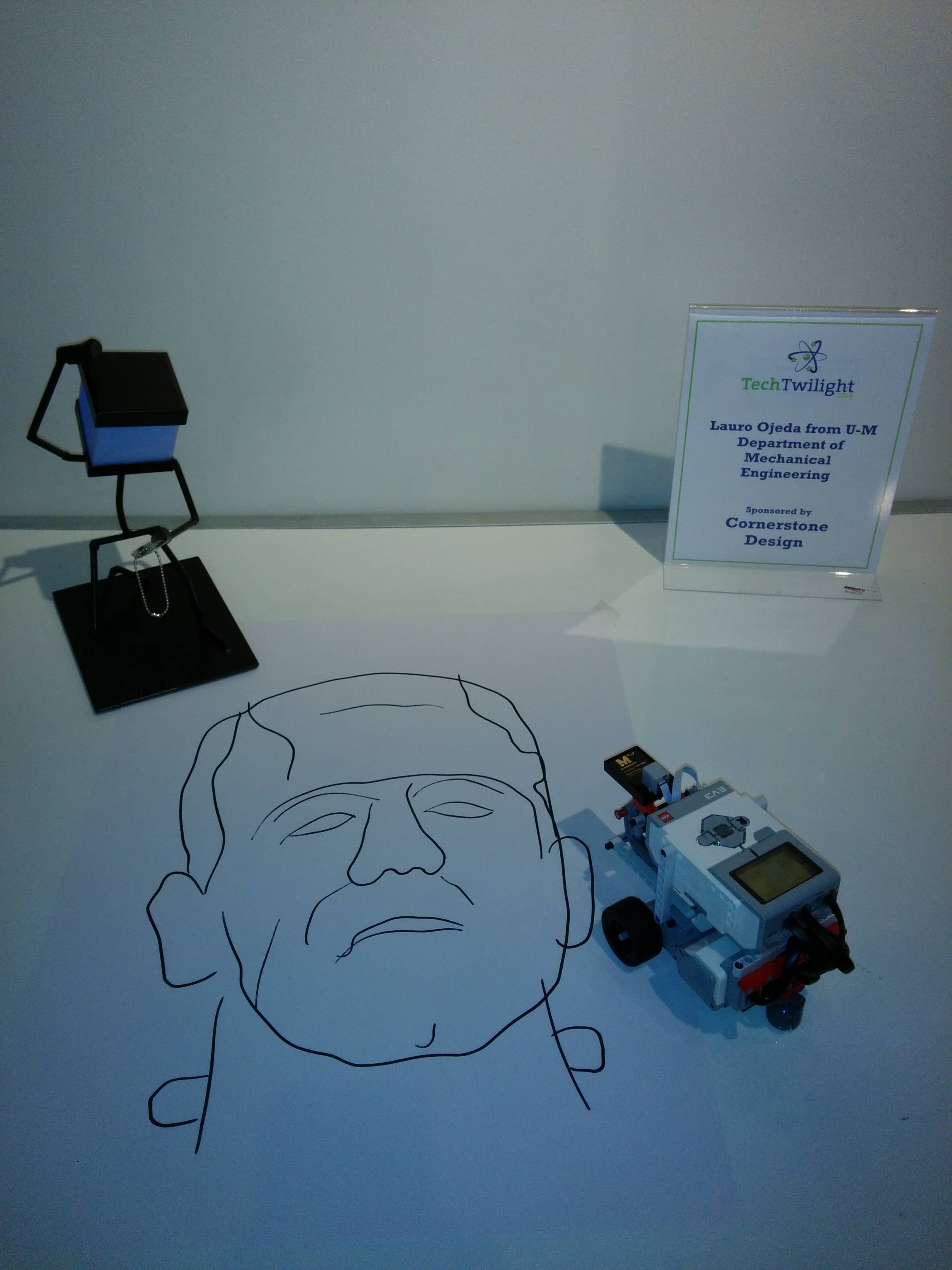 One example I have seen does it very nicely, Robot Navigation.

The thing is to reach that level of accuracy requires a gyro and math skills that may be out of reach of High School, but it is certainly worth looking into. Many High School projects succeeded.

Not the answer you're looking for? Browse other questions tagged motor mechanism or ask your own question.