What type of Antennas to use for XBeePRo 2.4Ghz

I am planning to use 2.4Ghz XBeePro 63mW Devices for a project that requires a coverage area of around 1.5-2km.

When i go to select an antenna there are various options like Circular,Virtical, Horizontal polarized etc.

Which antenna would give a coverage for a field? I cant have it directional (one point to another point). By devices will be moving around on a field.

What type of polarization is recommended for this kind of a setup? My Base XBee will be on a elevation of around 40m from the ground so i have a clear line of sight for all the moving modules.

There are going to be around 20-30moving modules streaming data at around 2-5readings per second.

A +12dBi Antenna should suffice the application? And what about polarization?

Circular polarized is intended to reduce unwanted reflections. The only concern is you use the same polarization on everything.

On quads, cloverleaf patterns were very common, 3 leaf on the transmitters, 4 leaf on the receiver, but there was little consequence using the opposite, or both the same. Just a tad bit of performance enhancement. 5 leaf (aka mad mushroom) was the best receiver, noticeably.

This was my experience around 1.5km, should be good 2km. 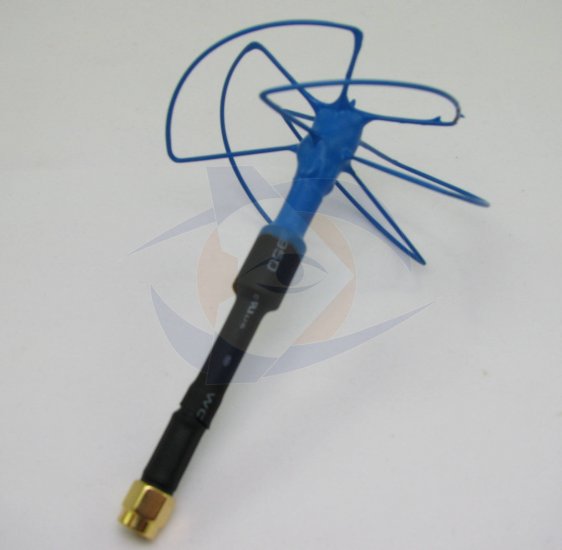 BTW that is a 1.5db antenna and was adequate, more gain = more noise. It also is not RP, so you would need an adapter (rp-non rp) of some sort. (rp is reverse pin, it indicates if the sender or receiver are male or female).

Are those XBees frequency hopping? Or do they depend on non-point to point for mesh networks? I'm not familiar with that model nor have I used XBees for swarms. I assume you already looked into all that.

Not the answer you're looking for? Browse other questions tagged battery wireless or ask your own question.

19
What's the most effective type of rechargeable battery when taking into account size / weight / Ah?
5
Cons and pros of wireless technologies for rescue robot
7
Robot docking for self-recharging
1
What wireless technology to use to control robots in classroom?
2
What are the frequencies used for within drones?
0
When to use multiple batteries vs a UBEC
2
What battery capacity would be required to run a component for an hour?
3
What Battery Voltage to use?