I'm building a small robot using some cheap Vex Robotics tank treads. However, my choice of picking tank treads is almost purely based on the fact that they seem like more fun than wheels. I don't actually know if they really have much of an advantage or disadvantage when compared to wheels.

What are the pros and cons of both wheels and continuous tracks?

Well, you generally use wheels when:

But, treads are better when:

The best option will depend on the type of terrain you expect to cover. You want the correct balance of several factors:

Ground pressure from tracks is less than ground pressure than wheels, so they're more suited to soft surfaces. Larger tires can help, but there are limits -- they may not work in something like snow (which is why snowmobiles use tracks). 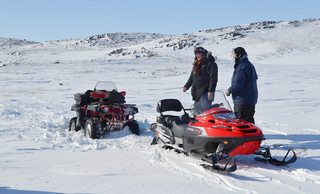 Traction from tracks is generally better than wheels, but still depends on the depth and firmness of the tread being adequately matched to the terrain for best results.

(Much like a gear, a tire or track engages with the ground underneath it. Tracks simply put more "teeth" into the ground.)

Suspension is related to traction; without the ability to conform the tracks or wheels to the terrain, the traction doesn't come into play, and your motors will just spin ineffectively. 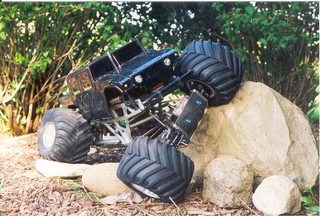 Building good suspension is much more complicated for a tracked vehicle than for a wheeled vehicle, but by no means impossible -- as shown in this iRobot video: 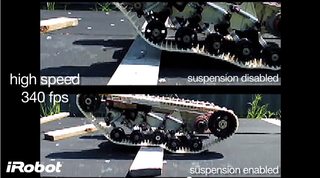 But, compare the climbing ability of tracked vehicles to the rocker-bogie system used by the mars rovers. 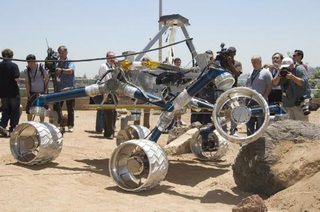 Steering is necessary for maneuverability, and this is where wheels can have a significant advantage. For skid steering, good traction works against you... and in uneven terrain, you might find yourself blocked from lateral movement.

There are some hybrid approaches -- 4 tracks, non-skid steering -- that approach a "best of both worlds" design: Mattracks and hagglunds, for example. 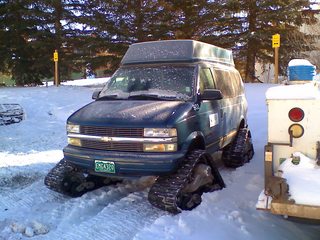 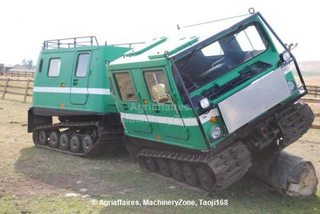 One very important balance to to all of these factors is maintainability. The complexity of tracks means that there are a lot of ways to break them; you're adding a lot of moving parts that will wear out independently, or be prone to dirt and debris causing trouble. Troubleshooting tracks will be more difficult than wheels, and tracks will be more difficult to service. So from a durability standpoint, if you can get away with wheels then use wheels. 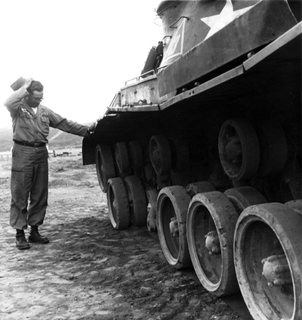 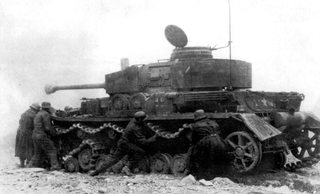 Not the answer you're looking for? Browse other questions tagged mobile-robot design wheeled-robot tracks or ask your own question.

17
Why do Mars rovers designers prefer wheels over tracks?

16
Calculating the efficiency of Mecanum wheels
13
Is it better to have weight distributed over the wheels or the center of the robot?
17
Why do Mars rovers designers prefer wheels over tracks?
6
Vex motors and tank treads drained 9-volt battery more quickly than expected
12
How to get two continuous tracks (tank treads) to move at the same rate?
5
Strafing of Mecanum wheels
2
Dynamic model of a tank like robot
1
How would I replicate a tank/zero-turn steering system in a small robotic vehicle?
0
Help finding robot tracks
0
Omni vs mecanum wheels for drawing robot