I have this idea or a very curious question in my mind. I am no where near professional though, but i would like it to be answered.

We all know how wind turbines can be used to generate electricity. So is it possible to create a quadcoptor that will start with some minimal power by small battery but in time will sustain and keep its system on by self generating electricity and keep on rotating its rotors on its own without other external supply?

A quadcopter flies because the propellers put the air into motion, which generates a lift. This relies on the air flow around the propellers being relatively unobstructed. As you might imagine it would not fly if you obstructed the propellers with pieces of cardboard for instance.

Wind turbines generate electricity from the wind. If you measured the wind speed before and after the turbine you would see that the wind speed has decreased after passing through the turbine. As such they do obstruct the air flow.

Let's imagine a system with a quadcopter propeller and a wind turbine just underneath it. Because the turbine reduces the wind speed coming out of the whole system, it also reduces the quadcopter lift. To make things worse, the conservation of energy tells us that in an ideal system you can only collect as much energy as what is required to create the lift you lost. In a real system you collect less energy than the lift you lost. So not only would you reduce the lift, you would also collect less energy than what is required to produce the wasted lift.

So I'm afraid the answer is a no. Sorry.

Generating electricity by rotation of rotors

Any system that takes (mechanical) energy out of the wind and converts it to electrical energy is a wind turbine. Pretty much all commercial wind turbines are mounted on top of a rigid tower.

Generating electricity in the air without a rigid tower

A few airborne wind turbines have been demonstrated. They convert some of the energy of the wind into electrical energy, and simultaneously use the wind (or balloons) to stay aloft.

All airborne wind turbines that I've seen so far have one or two steel cables tethering them to a winch on the ground.

Airborne wind turbines can potentially produce more electric power at lower cost than wind turbines on a tower. The cost is lower because a kilometer of steel cable that can support a few tons of tension from the wind is much simpler and lower cost than a 220 meter tower that can resist a ton of bending force from the wind. The electric power is (potentially) higher because airborne wind turbines can fly higher than a tower, where the wind usually blows faster (has more mechanical energy) than it does closer to the ground.

Generating electricity in the air without any connection to the ground

Many airplanes have a ram air turbine that can generate electricity in the air.

While one might think that the first law of thermodynamics (conservation of energy) might make it impossible to generate more electrical energy with a ram air turbine than the energy is consumed keeping the airplane in the air, a careful analysis shows that there's no physical law that makes it impossible to generate electricity in the air without any connection to the ground.

However, it seems to me that it would be more difficult than keeping a glider in the air, which is already tricky enough.

In principle, gliders can stay aloft indefinitely by extracting energy from the wind (typically from updrafts). In practice Charles Atger managed to keep a glider in the air 56 hours 15 minutes in 1952. The FAI stopped recognizing new glider flight-time endurance records after that due to safety concerns. Occasionally "cloud suck" updrafts put far more energy into a glider than is safe. In principle a ram air turbine could convert some of that excess energy into electrical energy.

EDIT: In response to comments that mathematically "prove" that quadrotors use up more electric power just staying airborne than they could possibly generate, let me point out that

"If it happens, it must be possible." 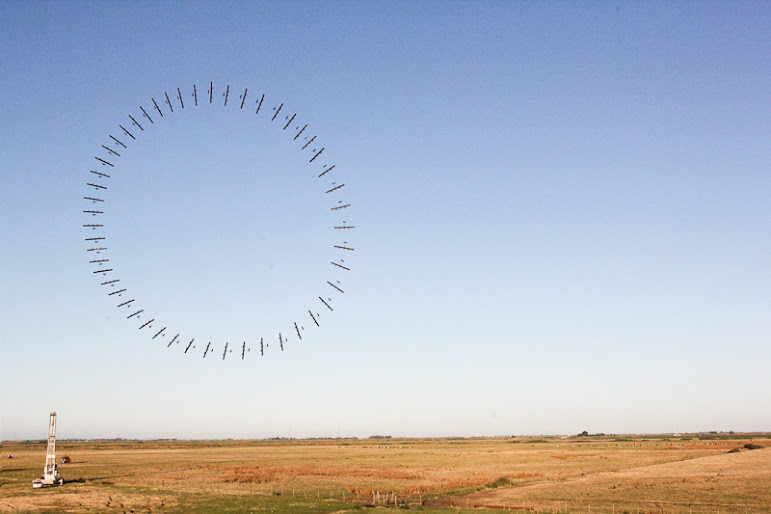 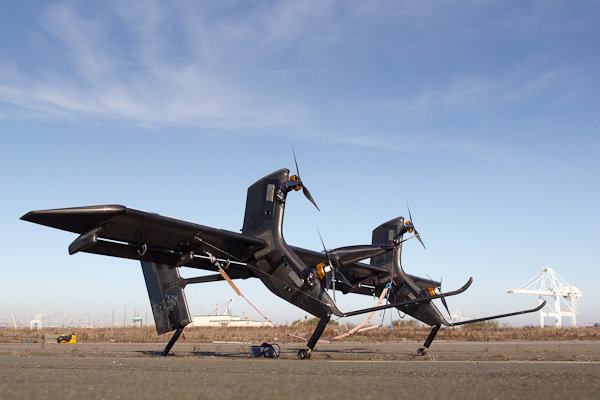 I have thought of that too, I am not very sure but I feel we can improve the battery life of a quadcopter by doing the following:

5
If you can create pure yaw motion with a quadcoptor then why won't this work with a tricoptor?