I want to power my Arduino Uno and I know I can do that either by connecting it with USB to PC or with DC power supply.But I want to connect it with a battery source(kindly see the image below) and I know its a silly question but how do I do it? The battery connector is not the regular DC jack but the one that's found in RC toys. So how do I power my Arduino with that battery? And also how do I connect it with a DC power supply adapter to charge it once its discharged? Please also mention the specifications of the DC power supply adapter that is to be used while charging this battery. 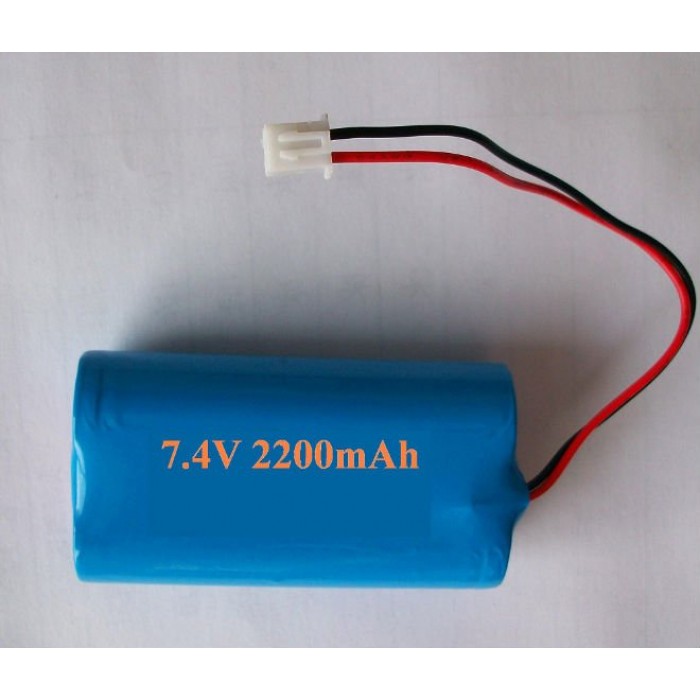 There are two main ways to power an Arduino: with 5 volts and with 6.5 to 12. Since your case falls under the 6.5 to 12 option there are two main ways you can get power into an arduino. The barrel jack can be plugged into a 6.5/12v source which works well. I have a habit of chopping the connectors off wall warts then I use the power supplies for other things (or sentence them to a life collect dust). If you take this route make sure the center pin is being fed positive voltage and the outside is ground. The easier option here is probably to feed your 6.5/12v into the pin labeled vin. It is right next to one of the grounds, and is electrically connected to the barrel jack.

The battery it's self looks like a LiPo (lithium-ion polymer) or Li-ion (lithium-ion), which means that you need to buy a charger for it. Lithium batteries have a bad habit of exploding when mistreated, so DIY chargers are for the suicidal. Just from the picture it looks like a Li-ion , but that's just a guess. You should really figure out what type of battery it is before going further with it. When you do figure out what type it is, buy a charger for it.

Not the answer you're looking for? Browse other questions tagged arduino battery or ask your own question.

3
Battery pack discharged
0
How to use gear motor 9 with Arduino
0
Powering my robot with 12V battery which is charged by a gas/petrol generator while the robot is operating?
1
Quadcopter Charging
2
Switching from wall power to battery and back again
0
Powering a robot using the 12v adapter
2
What happens when I connected my unpowered servo connector power wire to the powered arduino 5V pin?
2
How to create a stable 48V 10A power supply?