Choosing the right dimensions for an underwater glider

I'm looking to potentially build an underwater glider, a type of submarine that's slow but can operate on extremely low power draw. However, in order for it to work effectively I've found several sources hinting that the dimensions of the components, especially the wings, are critical to its success.

There is no right answer.

However, I think I can clarify what you've read so far. You need a buoyancy engine to supply the thrust, wings to direct that thrust, and some ability to change your pitch angle when you change the buoyancy. So, you'll need to balance the strength of your engine with the drag created by your wings. At the same time, your wings need to be big enough to convert vertical forces of buoyancy into horizontal motion. (Generally, the shallower depths you work with, the less power your buoyancy engine will require.)

This is a complex problem, and the existing solutions to it vary wildly.

The Seaglider AUV (built at the University of Washington, now owned by iRobot) is shaped to achieve laminar flow. The antenna attaches at the back, allowing the vehicle to communicate while pointing nose-down at the surface. It has no external moving parts; all control is done by shifting weight internally. 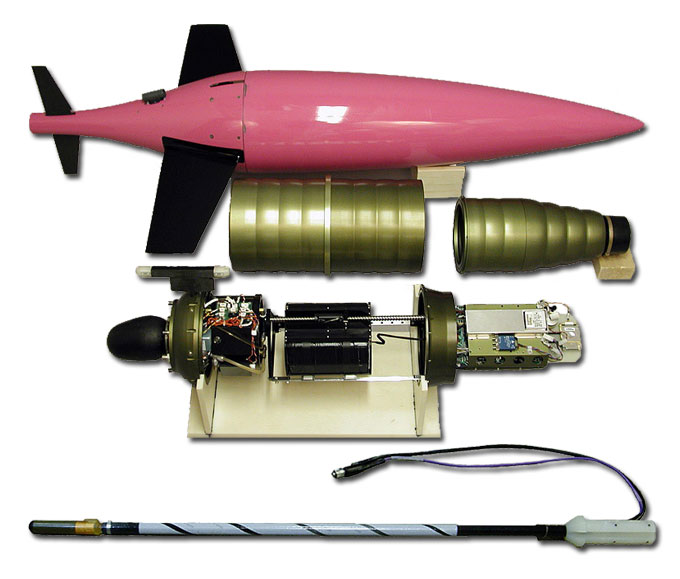 The Spray Glider (built at Scripps Institute of Oceanography, now owned by Bluefin) is a more cylindrical shape. The antenna is located in one of the wings, and the vehicle lays on its side on the surface to communicate.

Slocum gliders go for a cylindrical shape that's more suited to the pressure housing. They have an electric powered version, but the real magic is in their more modern "thermal glider" -- they take advantage of the fact that pressure increases with depth but temperature decreases with depth to make an engine that requires no (or very little) electrical input. Like Seaglider, the antenna is in the tail.

The Liberdade XRAY is shaped like a flying wing and (to my knowledge) is actually the fastest autonomous underwater glider ever made. It's more for naval use than scientific use -- it tracks submarines. 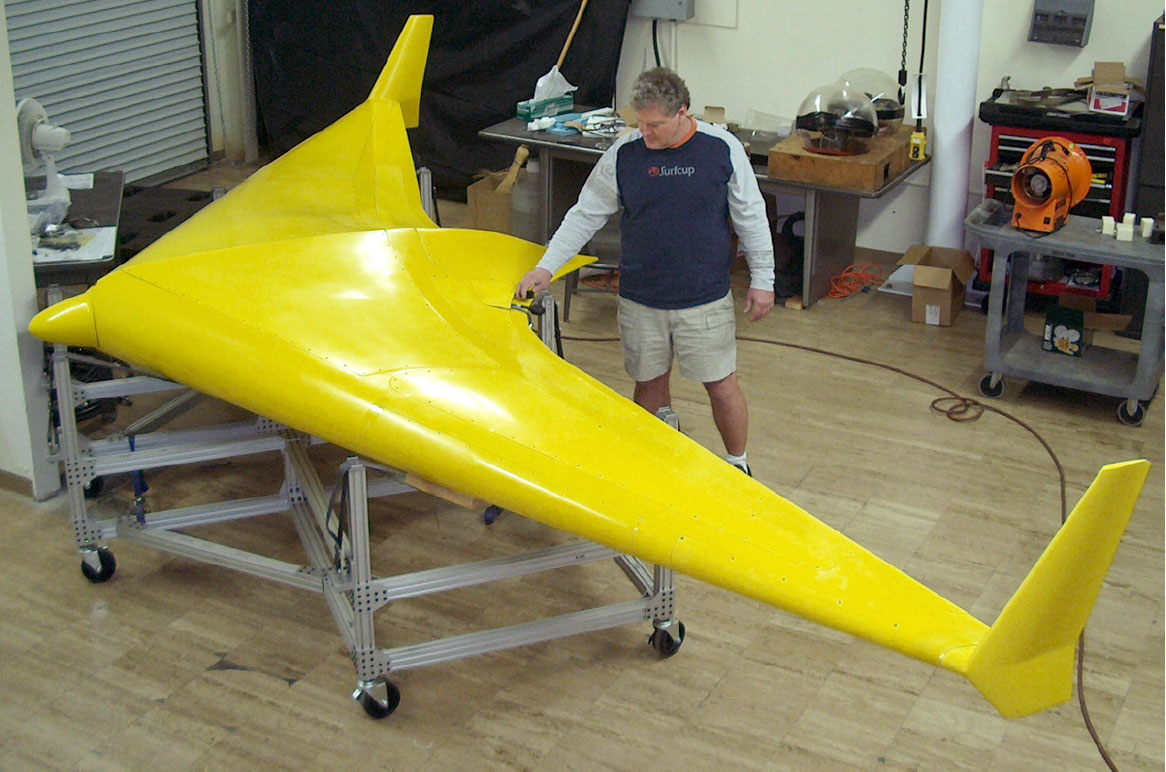 Approaching the problem (from scratch)

If you can't find a hydrodynamics expert to help (which would be the best option), I would suggest starting with your buoyancy engine and working outward.

This is a classic design problem. It starts with want you want something to do - a design specification. Hence there is no one right answer. I have designed a number of both aerial and underwater drones, they vary greatly in design because each was to meet a specific problem. The approach I took for a sea glider to map an offshore reef and record the biodiversity was;

Not the answer you're looking for? Browse other questions tagged design underwater auv or ask your own question.

19
What's the most effective type of rechargeable battery when taking into account size / weight / Ah?
38
Preventing leaks in motor shafts for underwater bots
2
Choosing the right Mecanum wheel
1
How to simulate water/ pool for underwater vehicle in Gazebo/SimScape?
0
Why to seal a motor shaft, or the whole motor, for underwater ROV?
2
how to get an 8 hour autonomy for an underwater robot?
2
Underwater navigation without the use of acoustic sensors
0
Underwater Glider Obstacle Avoidance simulator