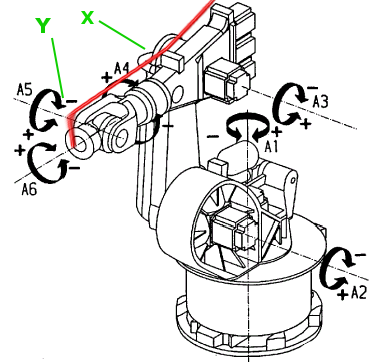 11
With a 6-axis robot, given end-effector position and range of orientations, how to find optimal joint values
7
Is there a way to determine which degrees of freedom are lost in a robot at a singularity position by looking at the jacobian?
1
Power Model for humanoids
5
Inferring joint orientation on multi-joint arm
2
Solving Inverse Kinematics for ABB IRB 120
0
Robot arm with steppers - speed
2
IMU based joint angle measurement
3
Motion planning with Gaussian Process Regression
2
Constrained Inverse Kinematics velocity calculation via Jacobian