I have a Chinese CNC mill (CNC3020T, though several different devices go under this name), and its Z axis was very imprecise, often being randomly off position by as much as 0.5mm. I've disassembled the linear actuator and discovered several problems with it.

First problem is that they apparently forgot to lubricate the linear ball bearings. I make this conclusion because the rails have a set of grooves ground into them, and after wiping the rails with a tissue the only thing that is left is the finely powdered metal, with no traces of oil or other lubricant. 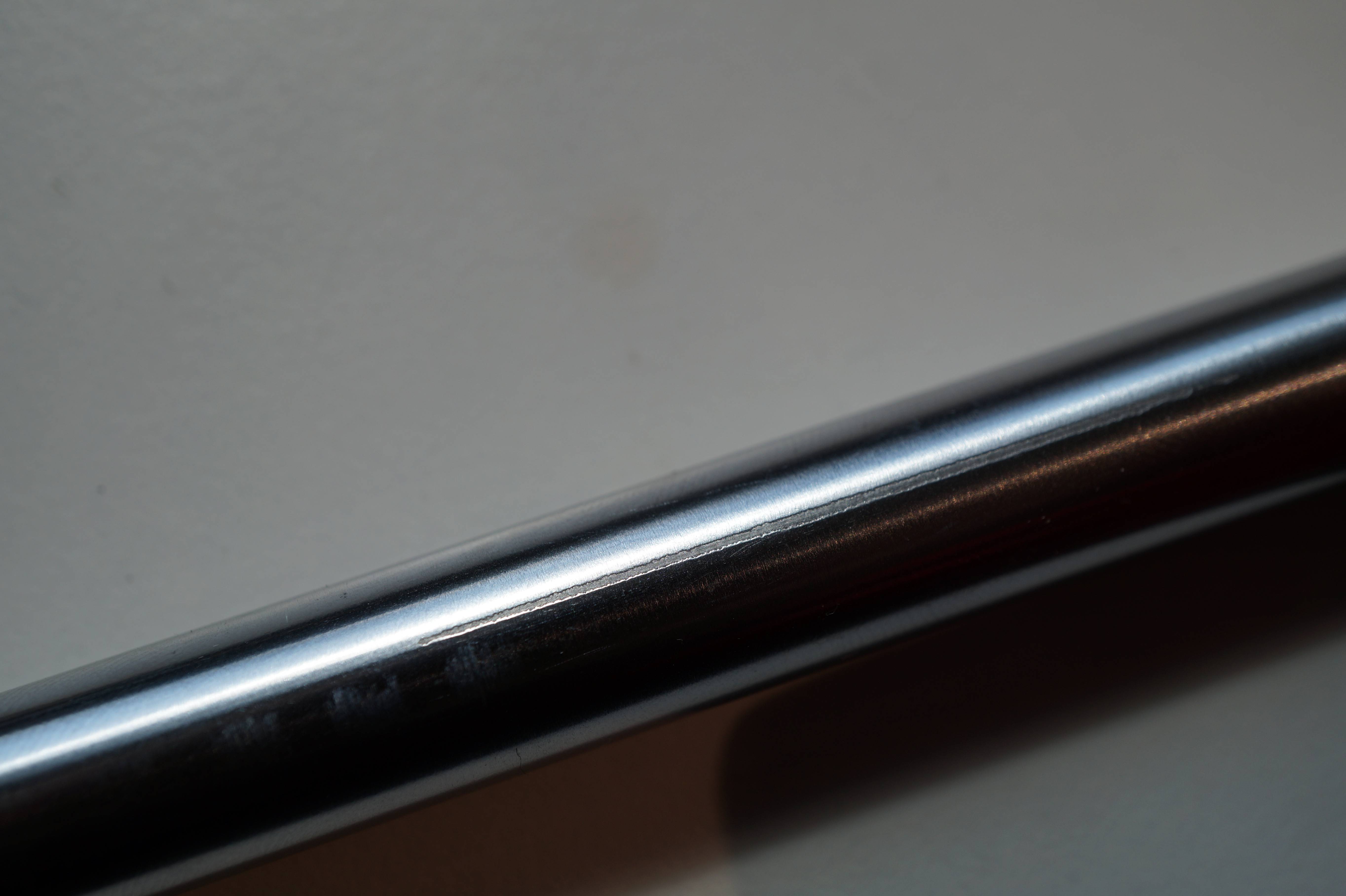 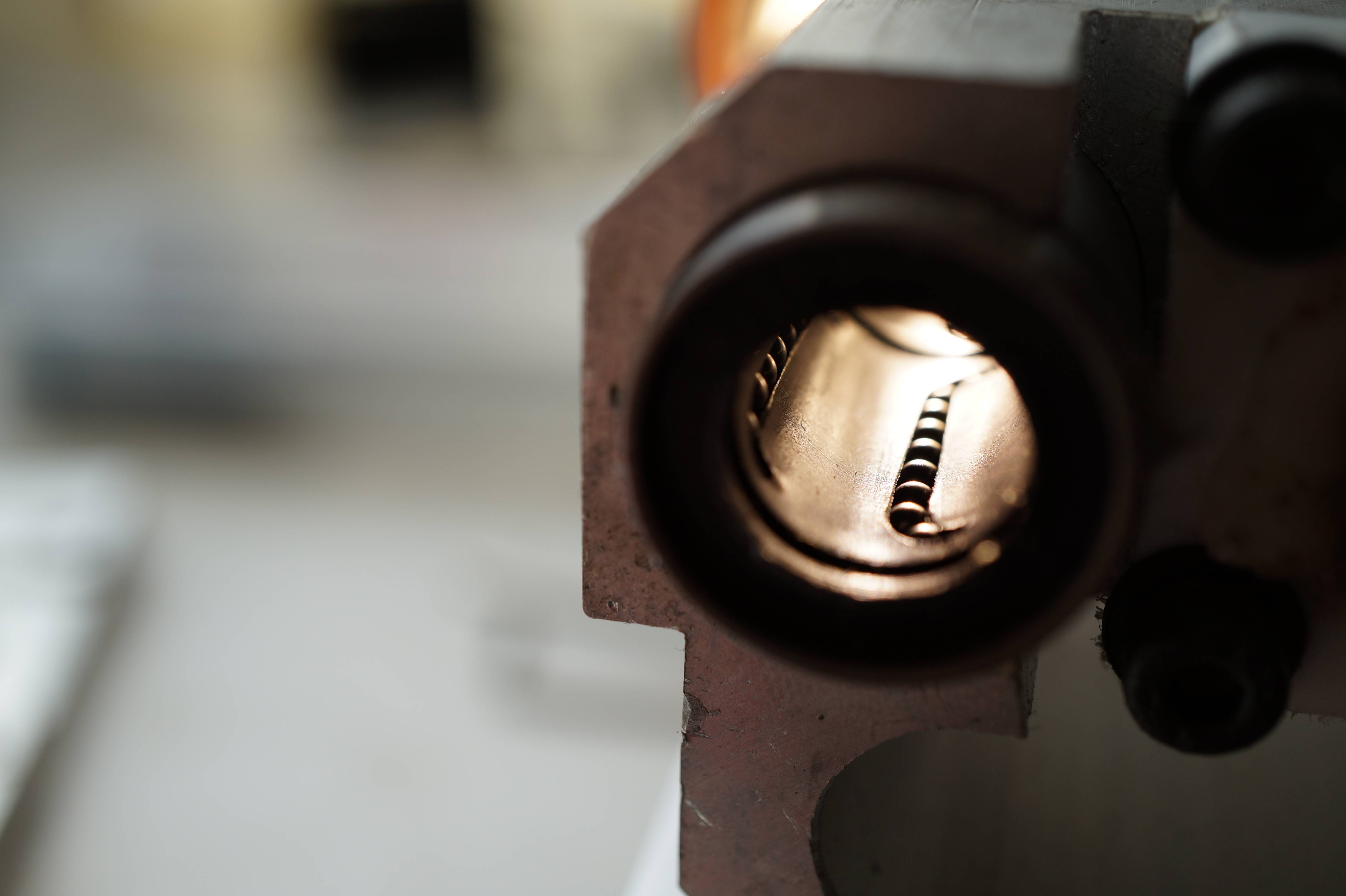 Second problem is the nut. I expected to see a ballnut, but in reality it is just a piece of threaded PTFE! The leadscrew rotates smoothly in it, but there is quite some lateral movement, i.e. I can tilt it slightly without any opposing force. 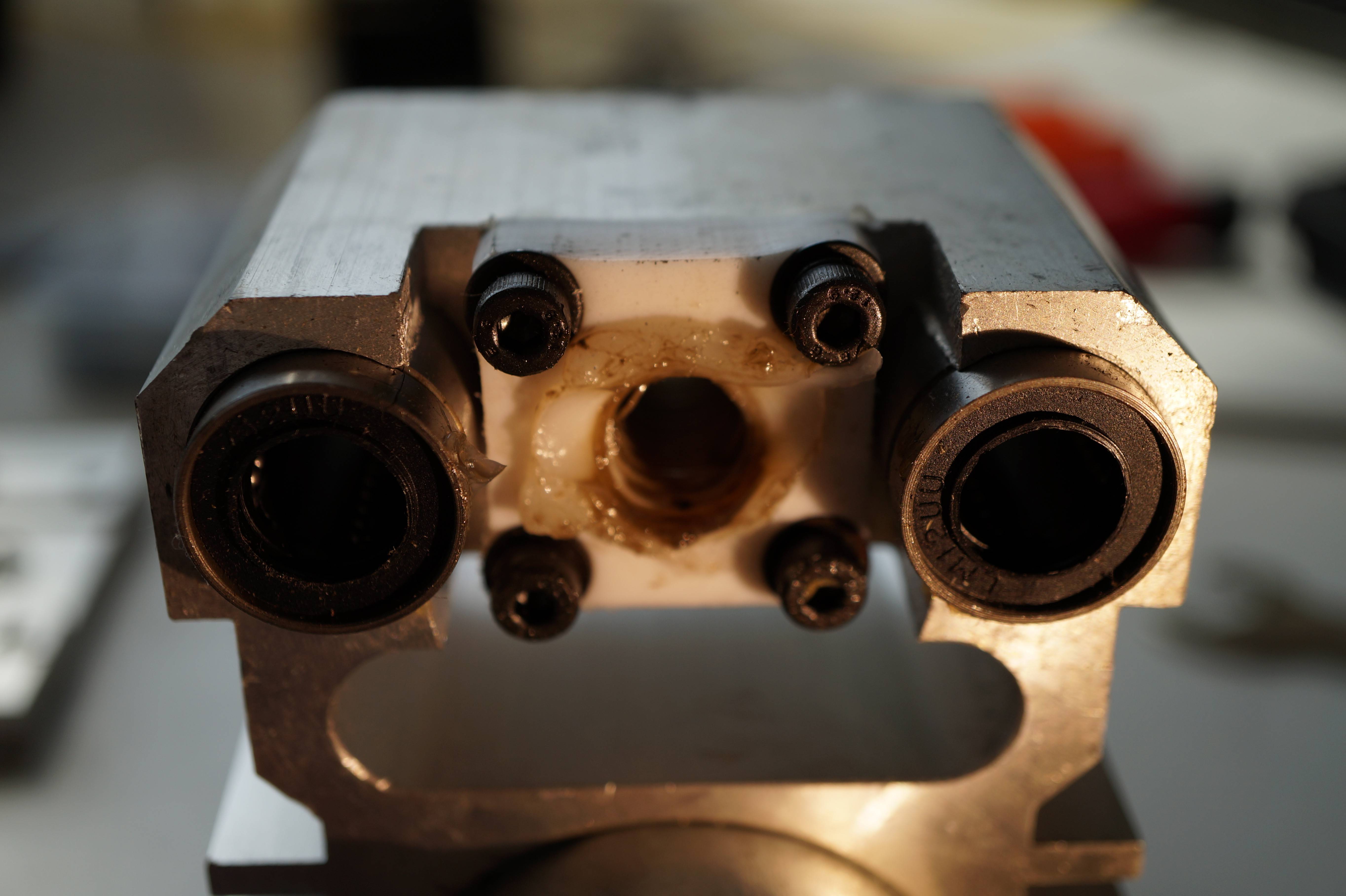 Third problem is the overall mounting. In the picture below, the top left screw has been sheared in the factory and then they hid their mistake by tapping a larger thread and putting in a shorter screw that doesn't actually hold anything in the top plate. So the whole assembly was fixed in three, rather than four, points. However, the remaining screw was quite tight. 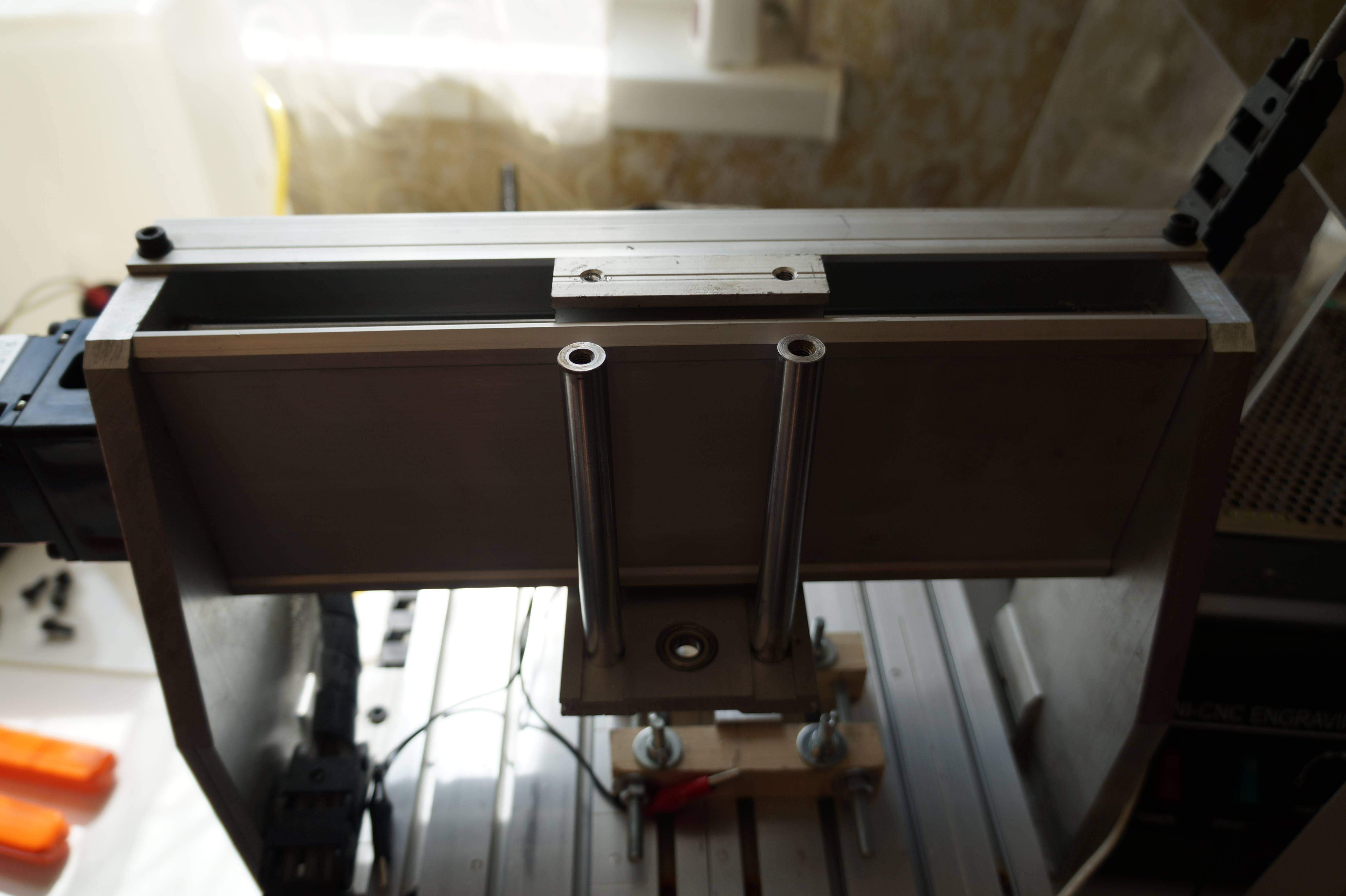 So my closely related questions are:

Not the answer you're looking for? Browse other questions tagged actuator linear-bearing or ask your own question.