Can you identify the construction material/system used in the pic?

What's the name of the "big meccano" used in the photo below to construct all the cabinets and racks?

It appears to be an aluminium cut-to-length system of 4-way rails. I've seen it used many times and assume it has a well-known brand-name to those that know. 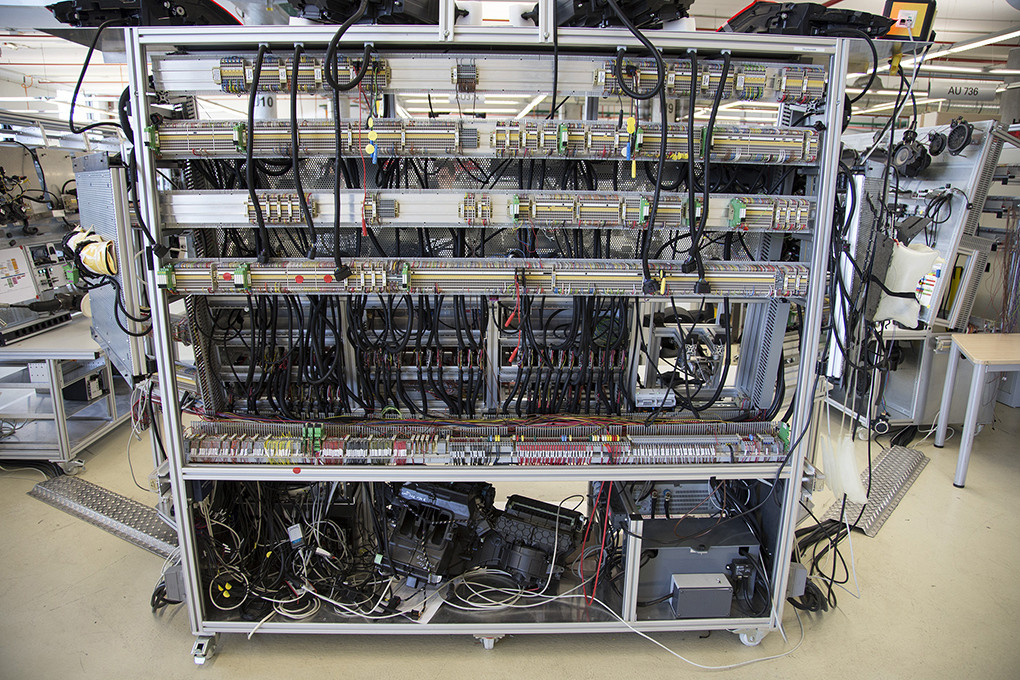 Photo taken from theverge.com and was a feature about how Audi are building a new car.

The original T-slot frame system, was developed in the 80's by item GmbH and was quickly developed into the MB Building Kit System, hence I've always known it as item bar.

Since then though, there have been many other manufacturers producing similar systems. Examples include Bosch Rexroth (as mentioned by Guy Sirton), 80/20 (Andrew Capodieci's suggestion), FlexLink and many others, but item is still one of the most popular and well respected, especially in Europe.

Also, as David Cary says there are also people producing micro versions of T-slot systems, such as OpenRail/VSlot, MakerBeam and OpenBeam etc.

Not the answer you're looking for? Browse other questions tagged frame identification or ask your own question.

0
How can robots communicate, locate and identify each other?