How to decide about the length of a robotic arm, the base of it and the torque?

I am designing a remote controlled robot which will have a base with three wheels, two of them will be simple wheels at the back of the base and the third will be a ball wheel at the front. It will have a robotic arm which will have a gripper to hold objects up to 1kg. I have designed the arm like this 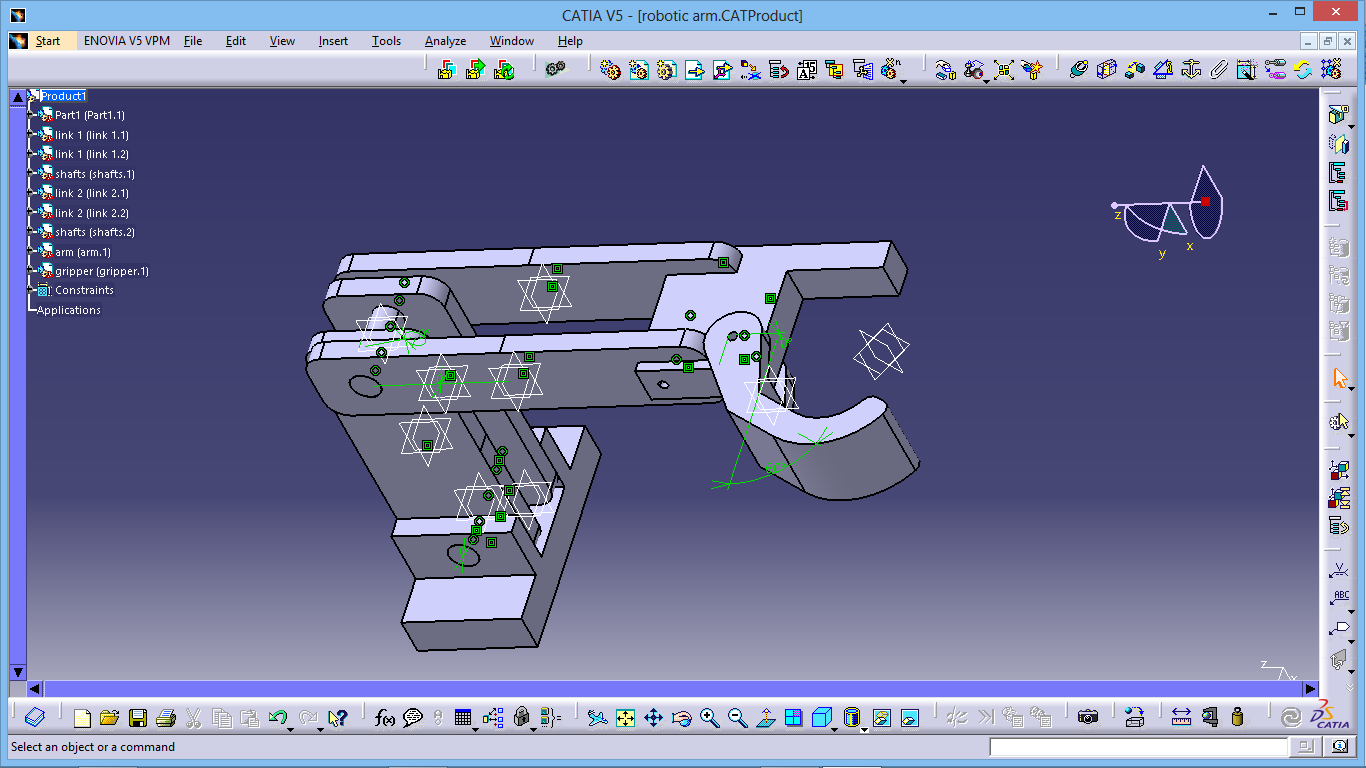 What I want to ask is how to calculate the length of the arm, the base of the robot, the torque and also which motor to use. Please suggest to me if there is a better solution for designing the robot.I am a robot enthusiast and I am designing a robot for the first time.

Every motor has a torque described in kgcm units. 1 kgcm means that the motor can lift 1kg weight on a distance of 1cm from the axis of rotation, or 0.5kg at the distance of 2cm and so on. Using that knowledge and the fact that you are lifting 1kg we can say that arm's length * 1kg must be less than the maximal torque of the motor. The stronger the motor - the longer the arm can be. How strong motor you'll use depends on how much money you'll spend and what length you need for your design.

I hope this helped you as your question is a bit vague. 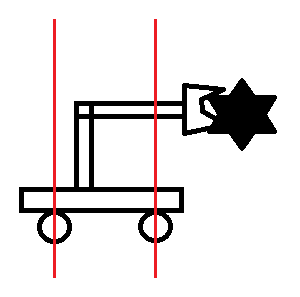 Please check the above link for calculating torque.

You could go into a lot of detail on what the optimal design would be by taking into account the weights of the joints and where their centers of mass are, how fast the robot arm would be moving, what positions the arm will be in (which effects the center of mass of the entire arm), etc.

However, if you are just an enthusiast and want to make an arm that works, I would suggest just over designing the arm. Make your joints out of a light but strong material (PVC or some kind of plastic would probably work), get large enough servos that they will definitely be able to hold the weight of the arm and the object you are trying to pick up, and then make the base of the arm wide and heavy so that the arm is unlikely to fall over. You can probably work out some of these values by "going with your gut" and then adding a little more power, little less arm weight, and a little more base weight than what your gut tells you.

Not the answer you're looking for? Browse other questions tagged motor control design robotic-arm or ask your own question.

29
Which type of actuator will be suitable for a very strong robot arm?

8
Getting started with robotic arm design
1
How can a load be balanced between multiple AC electric drive motors?
2
Type of servo and torque calculation required for a 2axis robot arm
5
What is the required theory behind building a robotic arm?
1
Which kind of motors and how powerfull should they be for a robotic arm
0
Two 4 bar mechanism vs stepper motor on each linkage in a 4 DOF robotic arm
1
Having trouble getting correct homogeneous transformation matrices for my robotic arm
0
Robotic arm servo motor- Not enough torque