How to make specific link static?

I want to simulate a RR robot in gazebo and I want to place the first link over a box. This box shouldn't be a part of the simulation, and is there only for visual effect.

How can I make a specific link/object static?

I created a fixed joint with a link named "world". Also, I tried adding a static tag.

However, it still included in the physics calculations, resulting in a weird behaviour. It spins on its own and it tilts, like this: 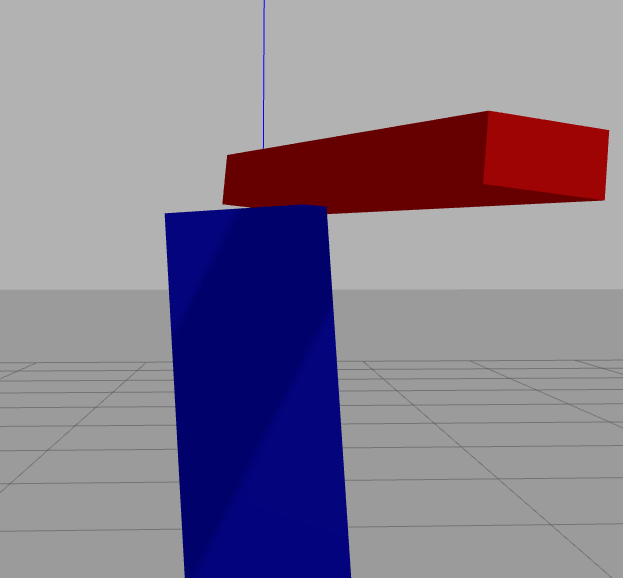 Relevant parts of the urdf:

I made the inertia of the base_link greater

and now the base doesn't tilt and the link doesn't rotate on its own. However, as I specified it as a static link, I anticipated that it shouldn't have that behaviour no matter its inertia.

Edit After some more searching, i found out that you cannot specify a link as static (sdf documentation). However, i still expect that the fixed joint with the world frame would keep the box in place.

I also changed some parameters of the physics engine, namely erp and cfm (you can find them here), but the weird behaviour continued.

To add a static link, you add the the kinematic property to your urdf:

Here is a list of the properties of links. There isn't a static property. There is a kinematic property. I found this source that said the following:

A kinematic link (as opposed to a dynamic link) is not affected by external forces. It can influence other bodies in its vicinity, but it's not influenced by them.

And i tested it and it worked perfectly. 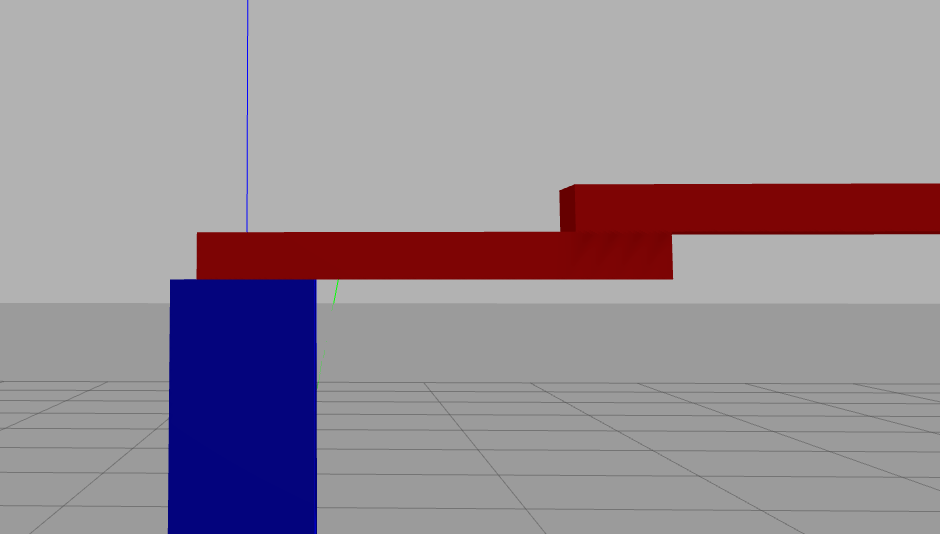 6
Multiple robots in ROS Gazebo SITL with separate MAVlink/MAVproxy codes
0
Mobile robot navigation without static map
2
Why my robot is lying down in gazebo simulator?
0
Coordinates seem to show overlapping but RViz doesn't
2
RLException: neither a launch file package nor a launch file name
2
How to reset odom positions of robots while setting initial positions of robots in gazebo simulation through launch file
1
ROS2 URDF: How to have multicolored things in URDF?