I'm having some conceptual difficulties with a derivation presented in the Modern Robotics text by Park and Lynch. Here are the relevant parts: 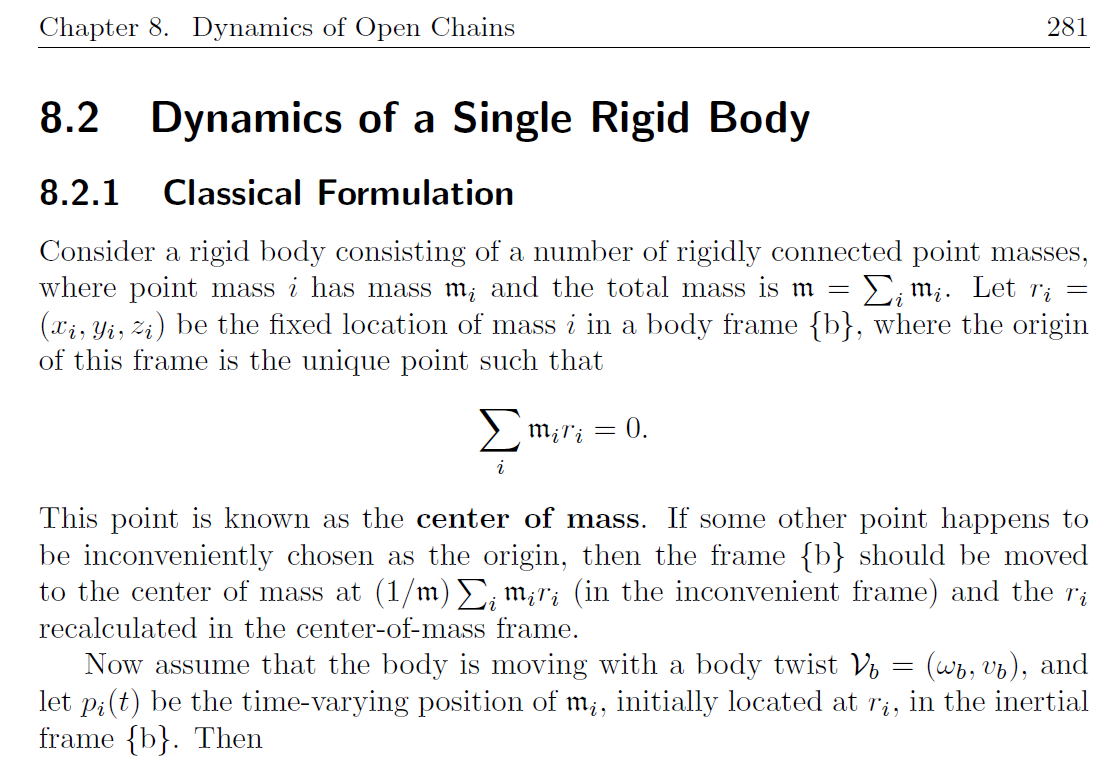 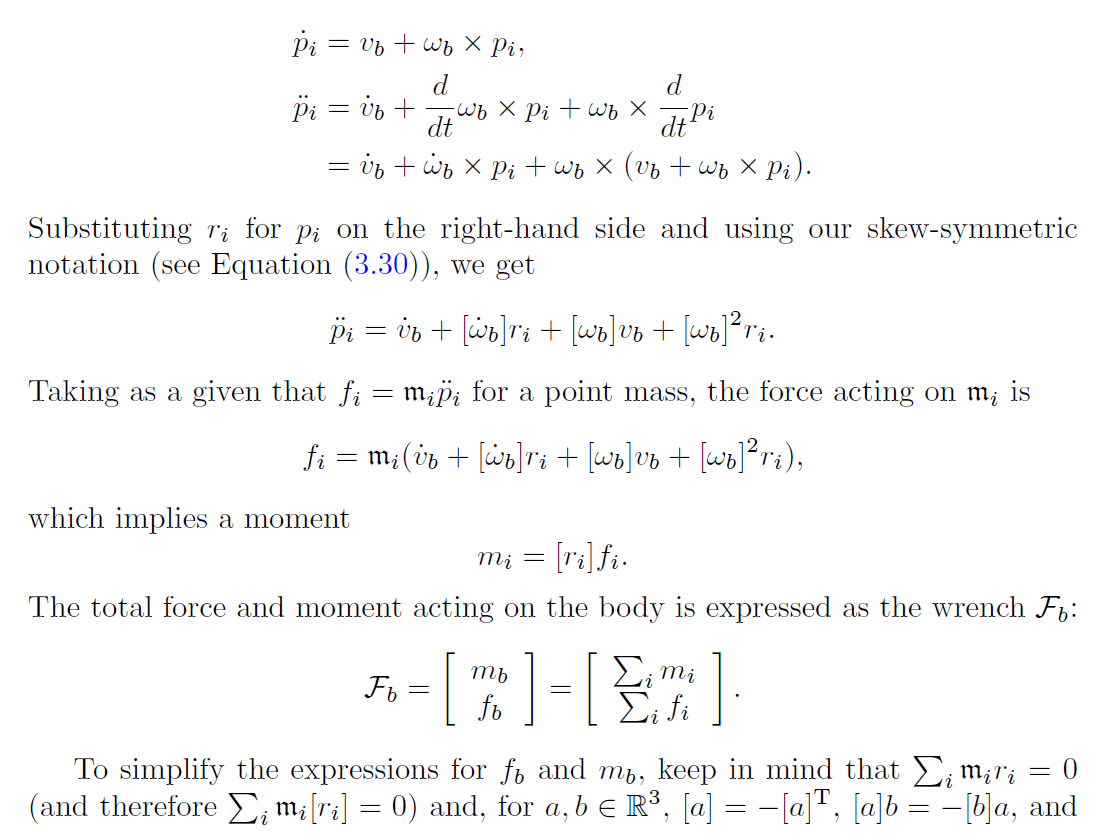 At the beginning of the book, they insist that ${\it all}$ frames used in the book are stationary, ${\it even}$ body-fixed frames. This has been extremely confusing for me, as we are constantly talking about body frames evolving in time, and there are many animations on the YouTube videos that depict embedded body-fixed frames that are ${\it not}$ stationary.

I assume they are trying to say that all body-fixed frames follow a sequence of stationary frames? Anyway...

What am I missing?

EDIT 2: Here are the confusing remarks in question about stationary versus non-stationary frames: 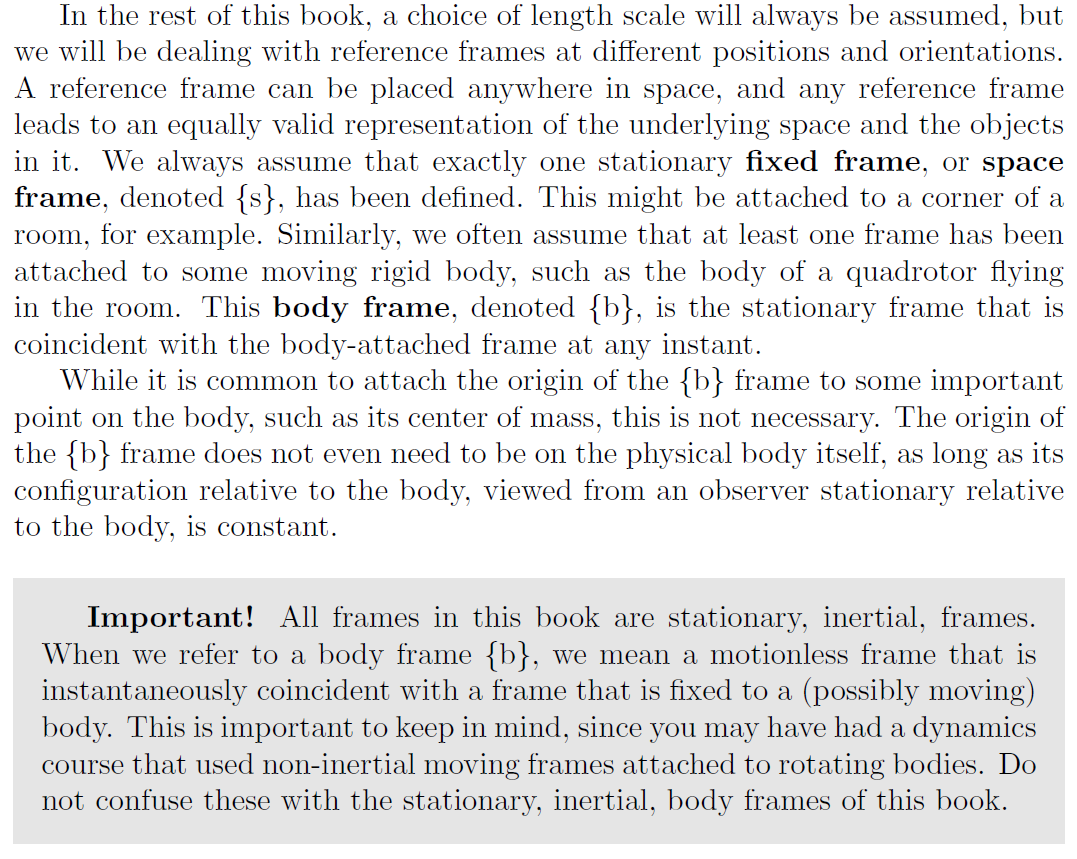 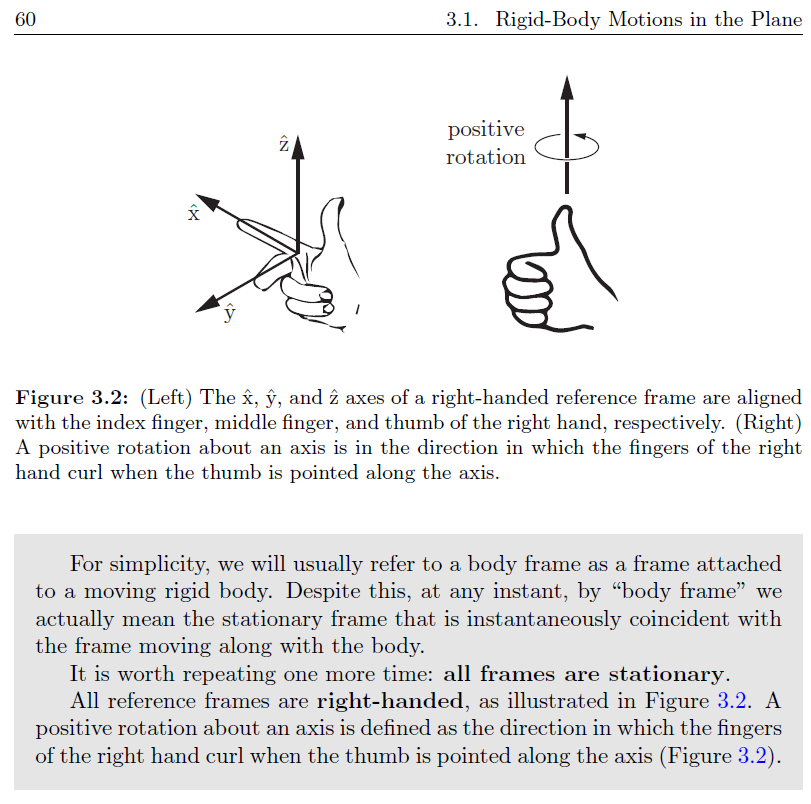 Consider a wheel rolling without slip to the right. Mark two neighboring points, $A$ and $B$. 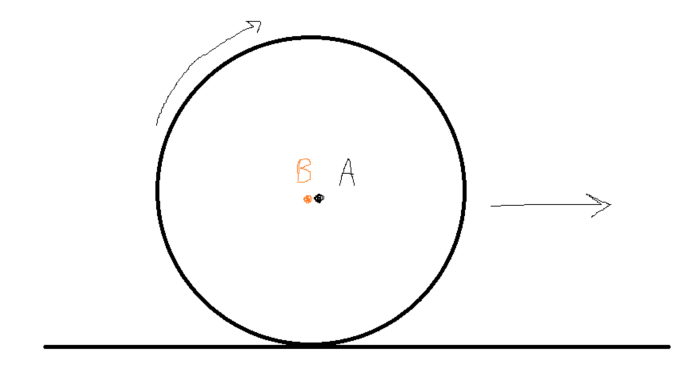 These two material points follow their own flows through space, as in the perspective of system dynamics or fluid mechanics. Their paths look something like this:

Velocity profile of disk at any time looks something like this: 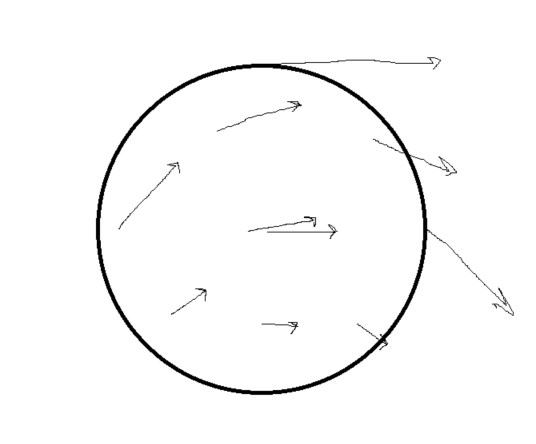 The interpretation of (8.22) is similar to the Eulerian description of fluid mechanics. If we choose the inertial point coincident with material point $A$, then at the next time instance, $B$ will occupy that point in space. Therefore, $\dot{v}_b$ is upwards, and clearly $[\omega_b] v_b$ is downwards. The two terms cancel to tell us at the current time instance that the acceleration of material point $A$ is zero, as expected.

The key thing to remember is that none of the equations used in the Modern Robotics textbook use "body-fixed frames". The {b} frame is defined as a "body frame" which is instantaneously coincident (same position & orientation) with a body-fixed frame attached to the body (as stated in the grey box in your second edit).

This means that any body-fixed frame attached to any given body in a system can move as much as you want, but for every instant of time in which you need to formulate an equation, you will be using a fixed, inertial, instantaneous copy of the frame which the authors have (somewhat confusingly) labelled as the "body frame".

Not the answer you're looking for? Browse other questions tagged dynamics theory screw-theory or ask your own question.

4
What is the difference between screw and wrench in rigid body motion?
4
how to implement tracking problem with PID controller
2
Dynamics of a robot manipulator with a force acting on the end-effector
4
Relationship between the velocity twist Jacobian and the spatial velocity Jacobian
4
Velocity description in Screw Motion Theory
3
Stationary/inertial reference frame
1
perplexity about ch8.2.1 the linear dynamics, in the book <modern robotics>
0
what is difference between twist and classcial velocity
1
3D Rigid Body Pose Optimization in flat euclidean space