If a point in a sphere can be given by longitude and latitude, why isn't a torus (also representing 2 dimensions) its configuration space?

In Modern Robotics by Kevin Lynch et al, there is mention of the difference between topology and sample representation as shown by the figure below.

I am curious as to why the topology of a point is a sphere and not a torus. Both represent 2 dimensions and you get wrapping in the torus too since the circular portions allow wrapping.

I think it is the topology of 2 revolute joints because they can move by 360 degrees but saw can a point on a sphere. 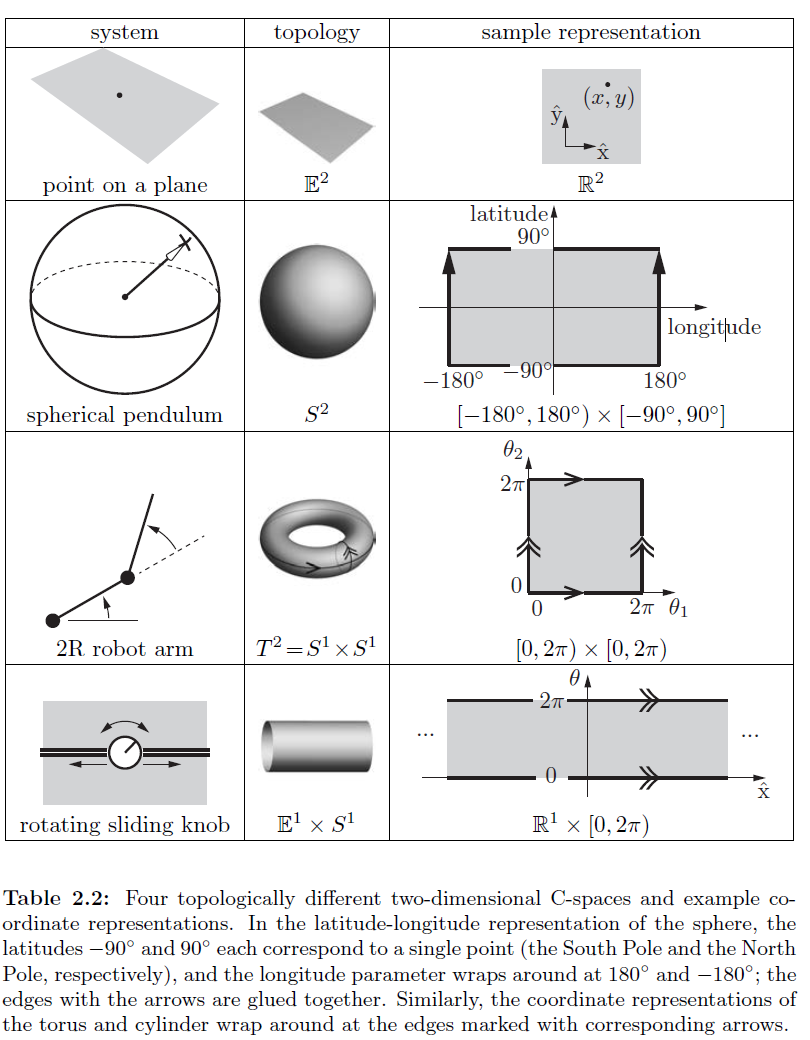 I am not entirely sure what type of answer you're looking for but one difference is that on a sphere, the two degrees of freedom are somehow more coupled than in a torus.

On a torus, this is not the case. You will end up much "farther" than where you started.

Also see https://en.wikipedia.org/wiki/Hairy_ball_theorem. Smooth and continuous vector fields exist on the torus but not on the sphere. This has consequences for controllers on those spaces.

They are also different using the standard math definition. A sphere cannot be continuously deformed into a torus.