No difference between UKF and EKF for SLAM

I built EKF and UKF SLAM algorithms. The problem is that I expected to see a difference because of the more precise approximation of the system in the UKF.

Here's a screenshot from the estimated path from both filters [sorry about the German]: 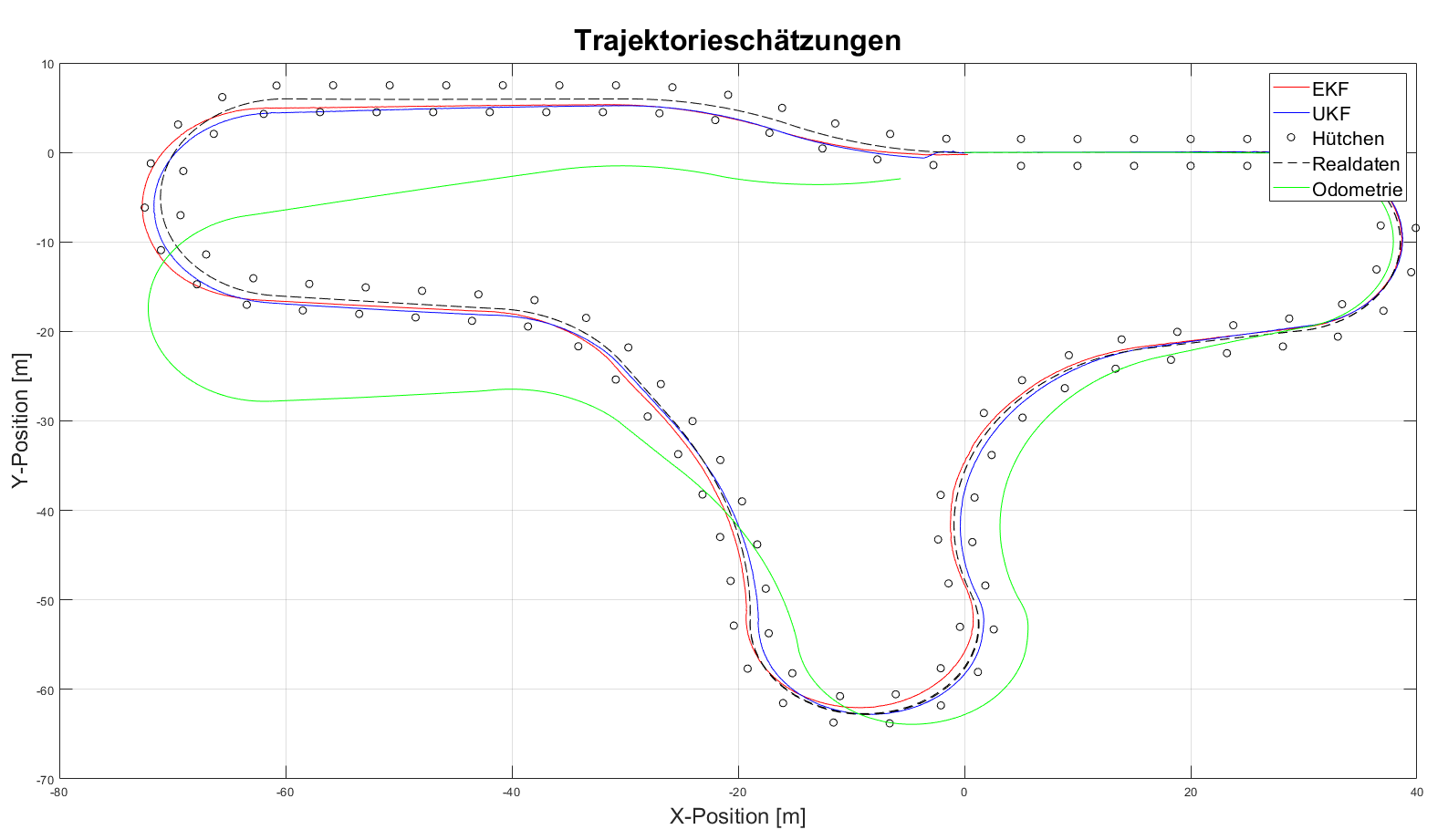 As you can see, the differences are very minor and sum up to an equal performance of both filters within the mean errors for every estimated state. I thought increasing the system noise for a bigger uncertainty would make the advantages of the UKF clearer but it didn't make a difference.

My question is, what could be the reason for the similiar results of both filters and how can we enhence the UKF performance? 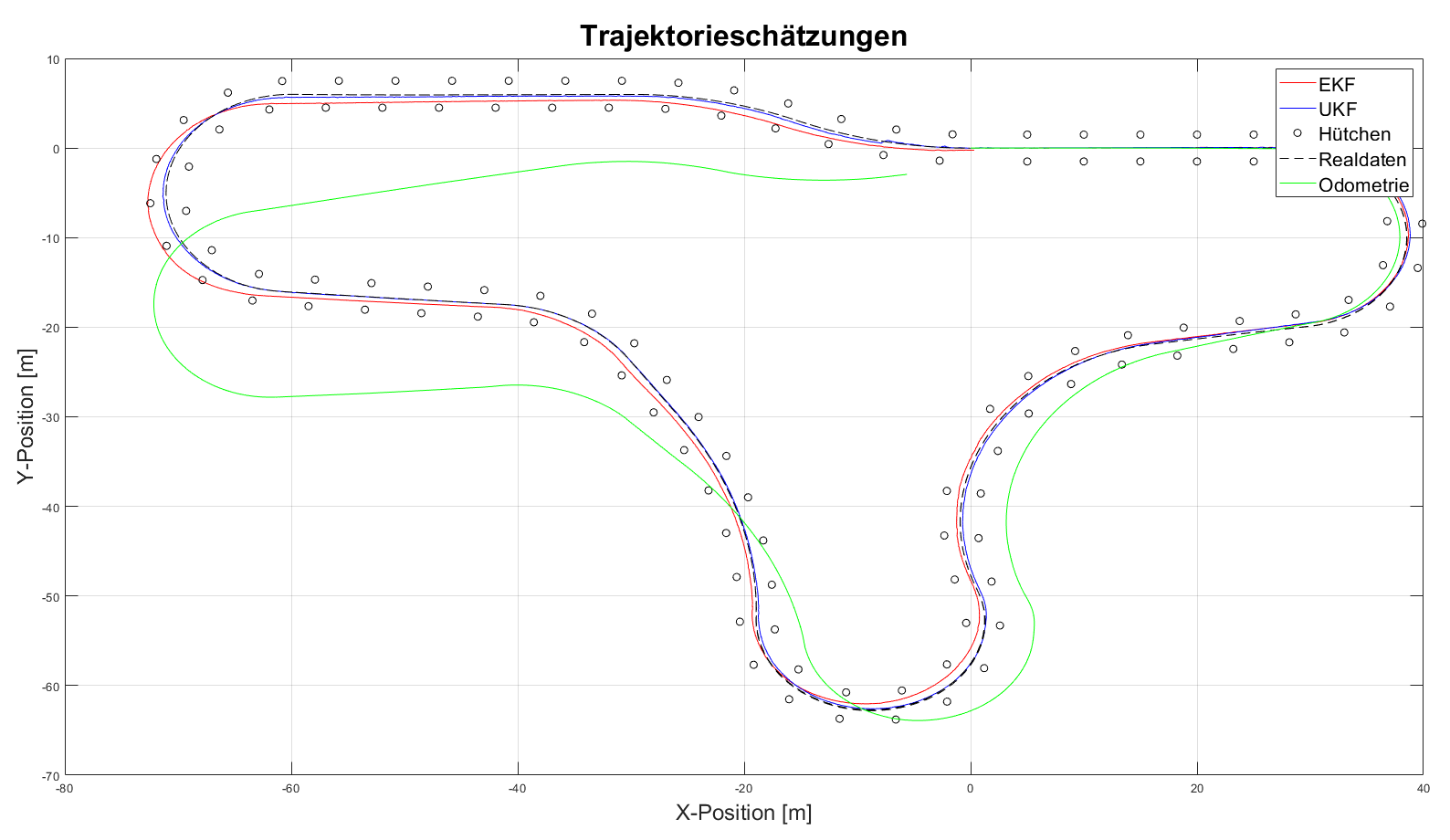 The EKF is a first-order approximation, which is achieved by linearizing the system about the current state estimate (i.e., the mean). In some cases, the EKF is not stable due to nonlinearities. For example, if the system is highly nonlinear, then the EKF might not work well.

I suspect that the linearization is adequate, so the UKF just doesn't provide much benefit.