New here and to robotics and have encountered my first 2 problems. Following instructions in a book, I have fitted 1 HR-SR04 ultra sound detector but could not get the code given to work, seems to get stuck in the first while loop, so never getting a return time :

I then found some sample code using RPi.GPIO - which worked,returning values down to 3-4cm, so I know the sensor is ok. I also found the GPIOzero docs and tried the following code:

This code worked in that it would detect an obstacle, but wouldn't return a value less than 10cm.

So my 2 questions (after 2 days of trying to figure this out myself!):

I know this is probably very basic stuff, but would greatly appreciate some advice/explanations/pointers.

Your code looks fine but maybe the problem is about your circuit. I dont know if you did but you should connect a voltage divider to HC SR04's Echo pin. The reason for this is that the sensor works at 5V but your Raspberry is working at 3.3V. You can use 2K and 1K resistor with 2K is the one connected to GND. 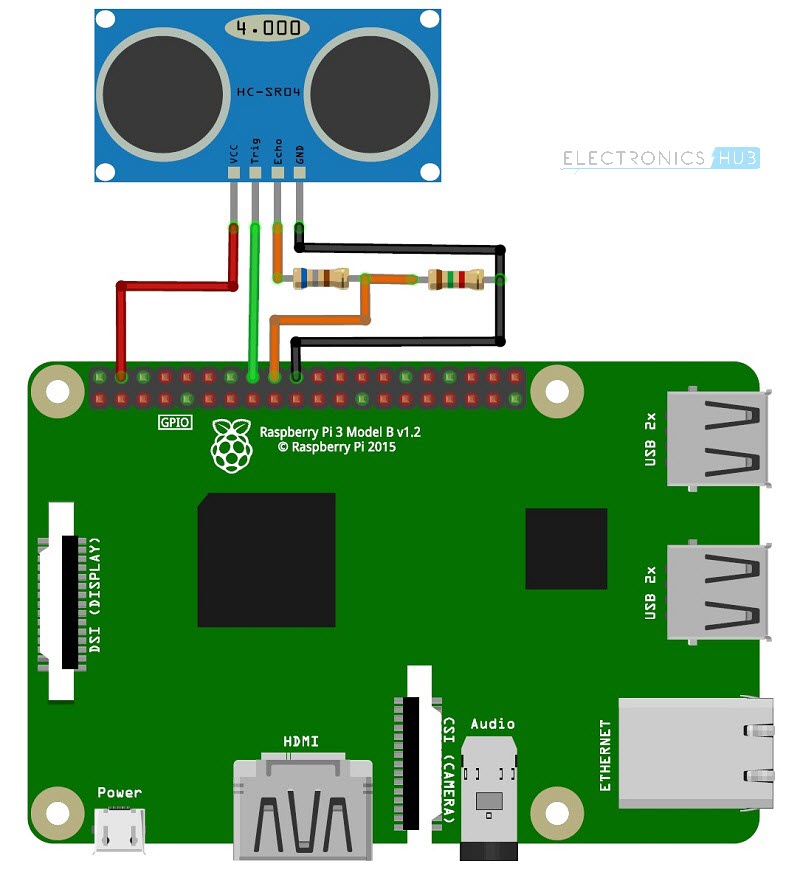 In addition to what Yahya said, An arduino does a way better job of controlling sensors than an RPi does. I would personally use an arduino to get the sensor values and send that to the RPi for processing.

Not the answer you're looking for? Browse other questions tagged ultrasonic-sensors or ask your own question.