I have a somewhat specific need for a project I'm building: I am trying to create a sensor grid of 1.5m height by 2m wide that has to be able to detect objects, ~10cm in diameter, in potentially high light that are moving a maximum of 185kmh.

I want this grid to be as tight as possible because I want to then build x/y coordinates out of it through triangulation.

I have also considered ultrasonic sensors, but it looks like they are too slow to really handle anything moving as fast as I'm looking for.

Could I get some help and get pointed in the correct direction to find the type of sensors I'm looking for? 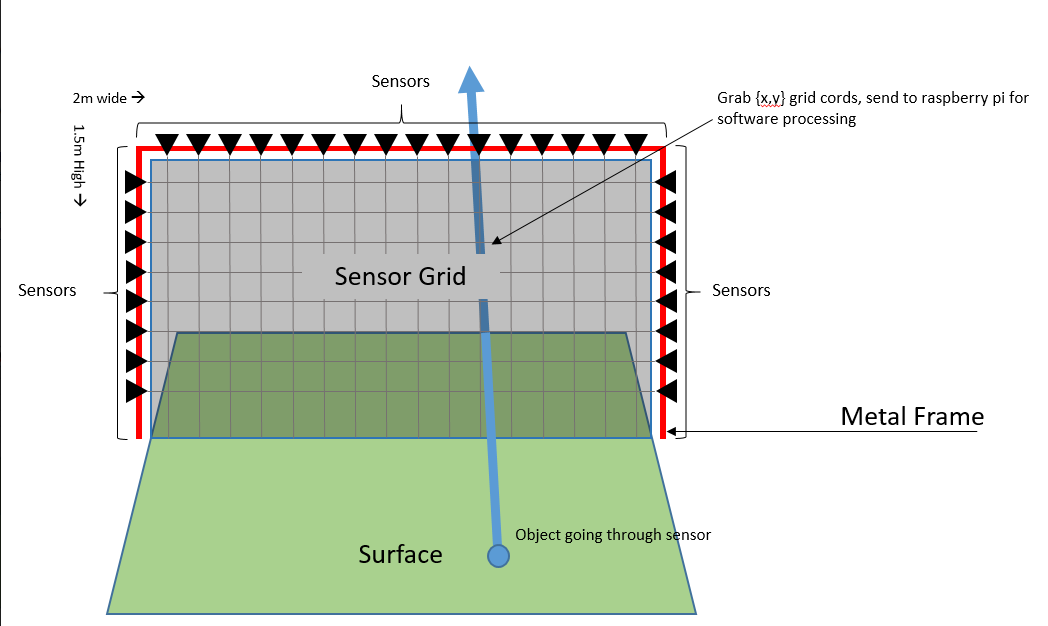 As-is, the question is off-topic, but if I rephrase it as "Is it possible to use multiple IR sensors near each other?" then the answer is no.

IR sensors are the mix of genius and dumb that I love - it does rangefinding by shining a light and measuring the reflection. That's it. You typically wind up needing to calibrate to particular objects, because shape and surface finish will how the light is reflected back at the sensor.

Generally speaking, intensity falls off with $r^2$, because a point source spreads light over an angular swath, so you can get some decent estimates with an IR sensor for most objects.

The issue comes when you put several IR sensors together. You can get a kind of crosstalk if you don't include shields or hoods - some of the light that was emitted by Sensor A is reflected at Sensor B, which then interprets the reflected light as its own and thus registers an object.

You'll have the same issue with sonar, too, for the same reason. Your best option for a situation like this would be to go with a single-sensor solution; a multiplane lidar is doable but very expensive, but a webcam would probably suit your needs at a reasonable cost.

Not the answer you're looking for? Browse other questions tagged arduino sensors ultrasonic-sensors or ask your own question.