I have been working on a ground vehicle project for some time that has bunch of sensors, until now I have managed to overcome the problems I have encountered. I have used catkin_make many times and had no problem until I try to include another sensor (an imu by xsens). After including the package to the workspace I work on, when I ran the command "catkin_make" I got these errors in the error image below. 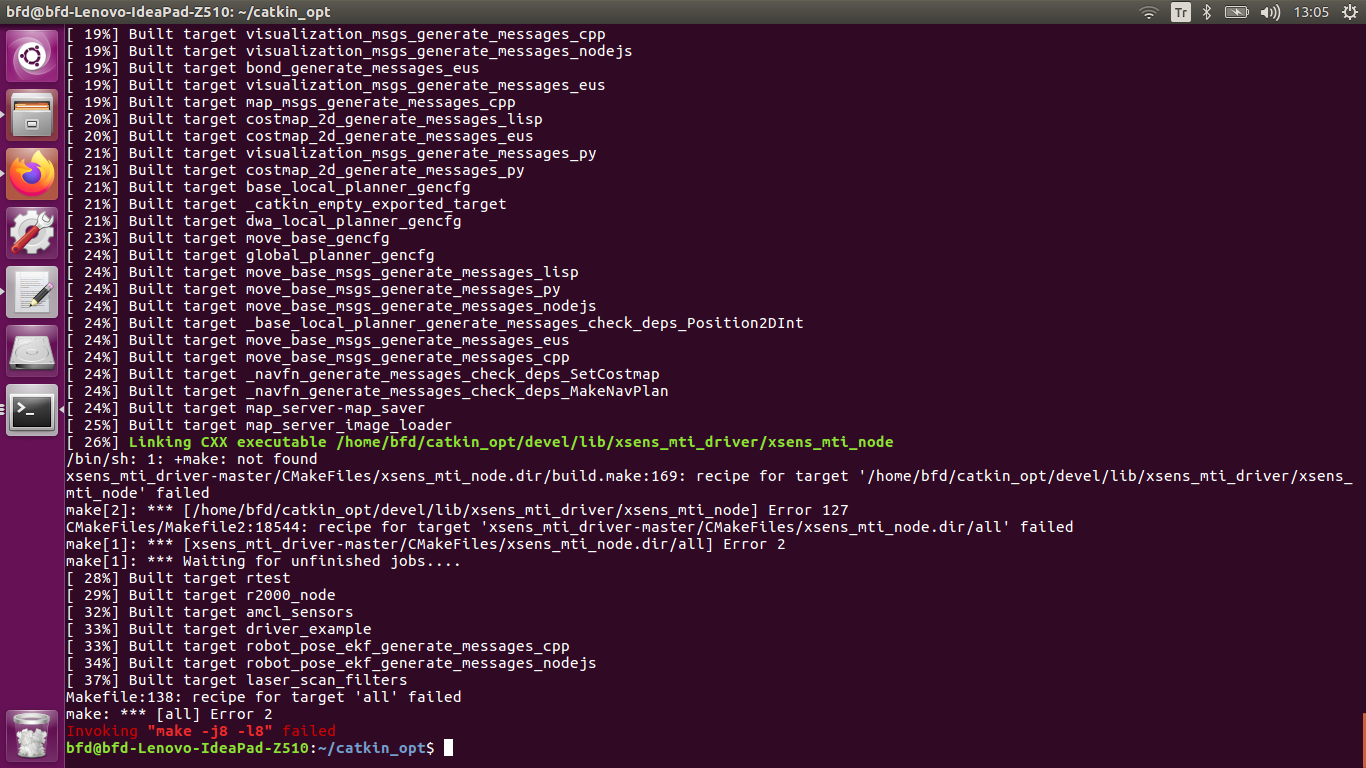 I have done some research, and tried "sudo apt-get install build-essential" getting the response that states everything is up-to-date, nothing to be installed etc.

Then I tried checking the system dependencies using the command "rosdep check --from-paths /home/bfd/catkin_opt/src --ignore-src" and saw that there was only 1 that has not been satisfied, so I used "rosdep install--from-paths /home/bfd/catkin_opt/src --ignore-src", and I got the response "All dependencies have been satisfied". Thinking that the problem is solved, I tried running catkin_make command on my workspace again, yet I got the same errors once again.

At this point, I do not know what to do or try next. Can you help me fixing this problem or lead me to where the solution is? Thanks.

I have figured out the solution for the problem. I was using the driver folder directly to run the package. Instead if you are going to use the driver on this link http://wiki.ros.org/xsens_mti_driver , follow exactly every step through.

Especially, execute this mtsdk_linux-x##_####.#.sh file as stated, and then follow the 5th step. Otherwise, you may get the same error as I did.

Could these set of drivers work for you? : https://github.com/ethz-asl/ethzasl_xsens_driver

Not the answer you're looking for? Browse other questions tagged ros imu linux or ask your own question.

2
ROS tutorials no longer working
2
Roslaunch Gazebo Turtlebot Simulation Not Working
0
Unmet dependencies error when installing ROS indigo on Ubuntu 14.04.3
3
I fused a GPS and IMU and I am wondering if my results make sense
1
catkin_make unable to build and throws "Makefile:138: recipe for target 'all' failed make: *** [all] Error 2 Invoking "make -j4 -l4" failed"
0
catkin build with multi-core make for building individual packages
1
Complementary filter for gyroscope and accelerometer
0
What and where is "the log file" for errors in ROS?
0
Invoking "make cmake_check_build_system" failed in ROS melodic