How can you place two objects that seem to overlap with their units but appear stacked on top of each other [original intent] in RViz?

I was watching this video tutorial on ROS and URDF. I have tried to paste screenshots to clarify but feel free to watch the video if you have the time. The presenter is showing how to create a joint between base link and link 01 in the first image below. 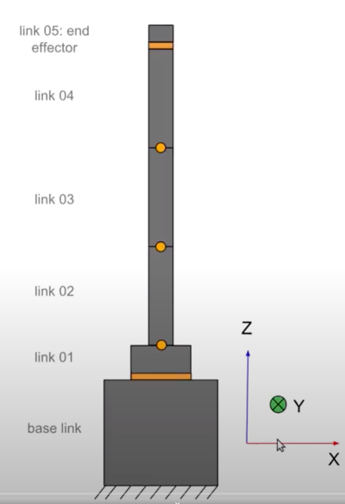 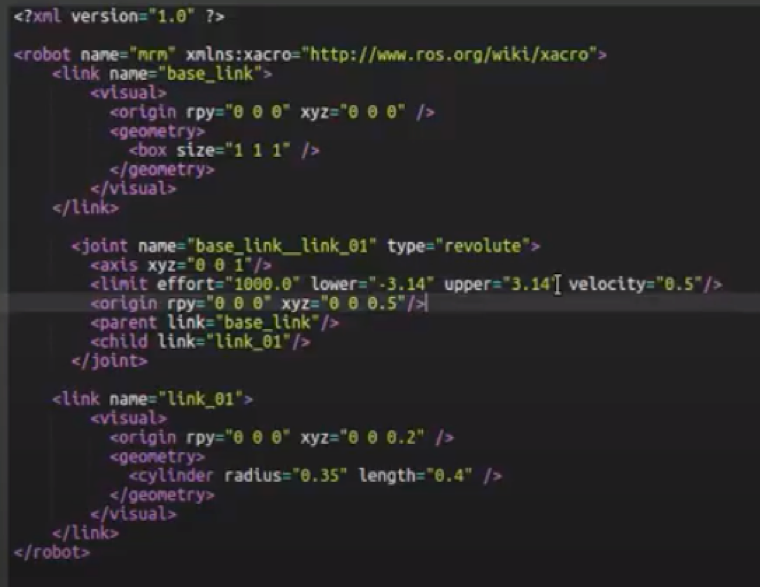 I considered that the xyz coordinates may be relative to the link itself but where does RViz know where to place the object in the world? Moreover, the joint is placed at [0 0 0.5] and this makes sense. Shouldn't the origin of the cylinder have been [0 0 1.2]? This is how it looks like in RViz. 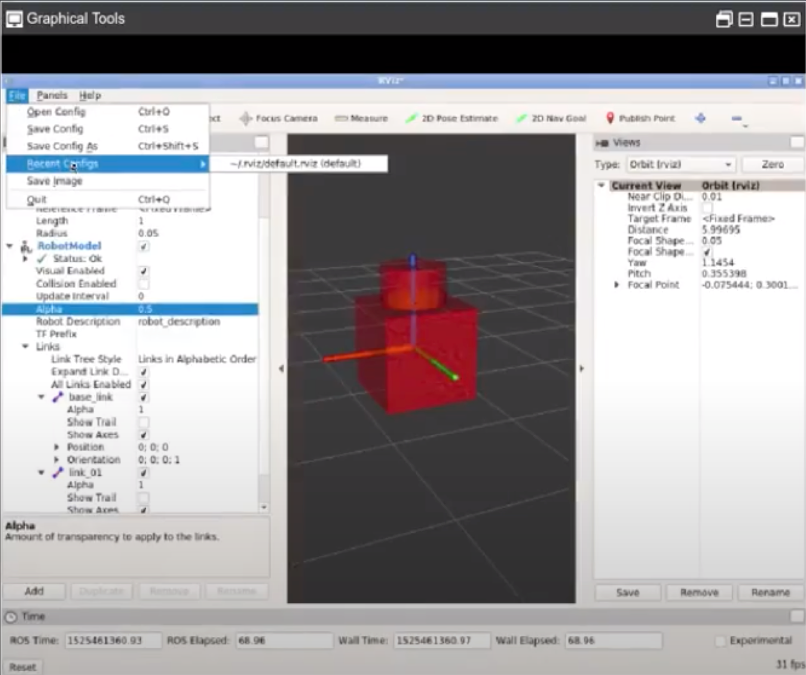 The effect of this shift is that the reference point for any further manipulations of link_01 now lies on its bottom, instead of its center as would normally be the case.

All this leads to the following configuration: 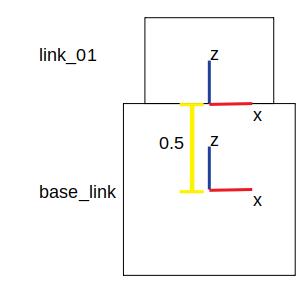 The topic of coordinate frames, the transforms between them and their use in robotics is one of the more advanced, and unfortunately I don't know of a comprehensive reference on it, but this tutorial seems a good start point to getting acquainted with it.

Not the answer you're looking for? Browse other questions tagged ros gazebo rviz or ask your own question.

1
What is the purpose of an empty link without any child elements?