How is this torque value arrived?

I'm going through this person's torque calculation of a simple crane setup. the servo used has a max torque of 57oz.in: 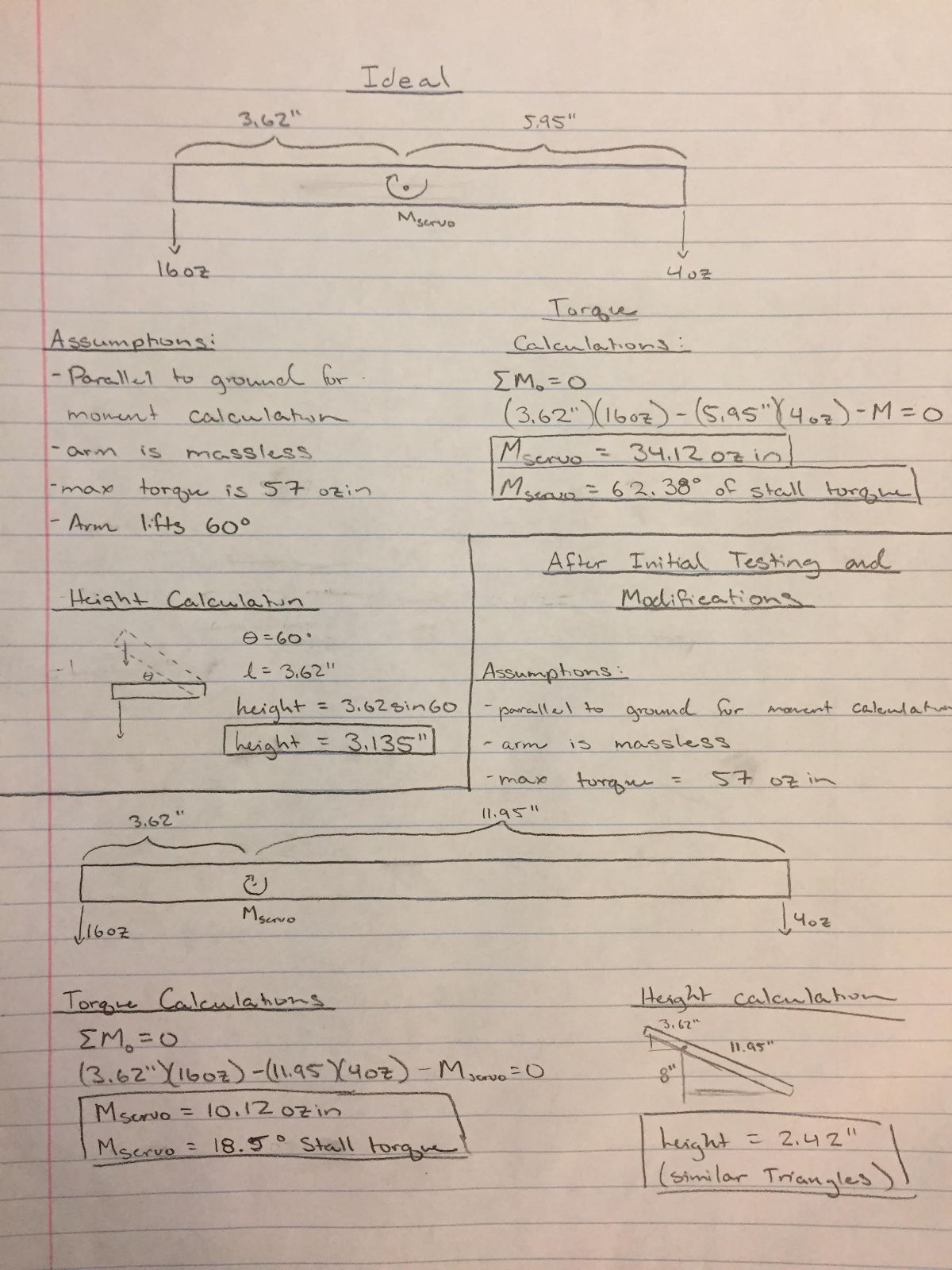 This, in turn, is about 96 percent of the "rated torque," so I don't know if they de-rated the max torque or not. On the webpage you linked, they said,

Lastly, we assumed that the max torque by the servo was 57 oz-in. After some prototyping, we discovered that we weren't getting anywhere near that torque despite that was what the manufacturer rated the servo for.

So again, they may have de-rated the max torque in the calculations there but failed to denote it (though I wouldn't say 96 percent of datasheet torque is not "anywhere near" the rated torque).

But really, the major flaw with their design is that they're trying to move something while the load is rated at stall torque. They're not left with any additional torque to accelerate the load. If you want to change positions, you have to have speed. If you're starting from a stopped (stalled) position, then you have to accelerate.

$\tau = I\alpha$, so if you're going to accelerate the load (and move from positions) then you need to have some torque reserve.

There's an email address on the page, though! Try contacting the person that posted the page and ask them directly.

Not the answer you're looking for? Browse other questions tagged servomotor torque theory or ask your own question.

2
Torque control and monitoring of servo
1
Suitable gear construction for a robotic extender - plastic?
0
How to power this servomotor?
1
Calculating screw breakaway torque
1
How to maximize stall torque of a motor
0
Increasing Torque by either doubling servos or building a gear box
0
How to calculate the right needed Power?
1
Rotating a lever with a small servo