Transforming between a local and global frame for a Kalman filter 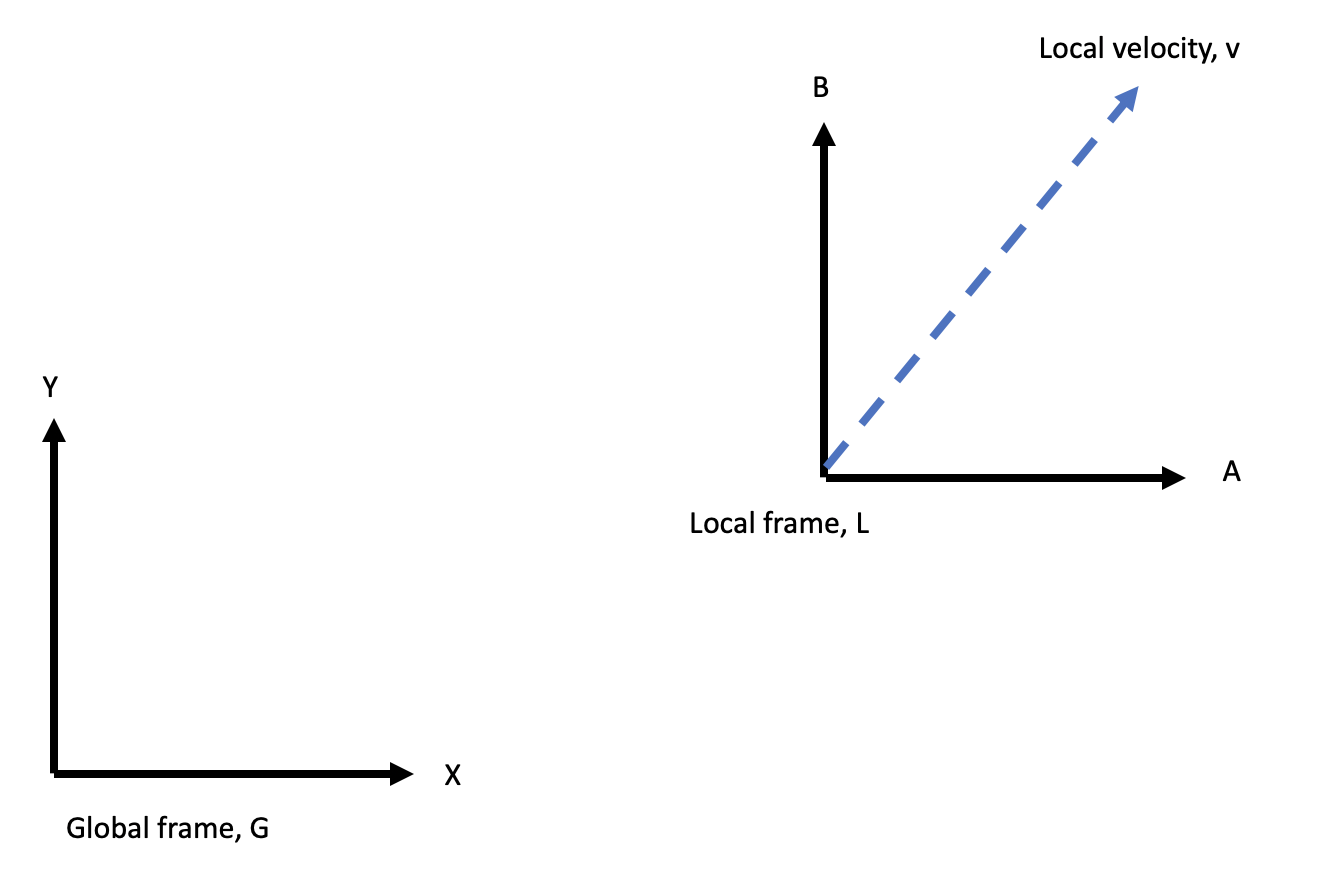 In this world, the object can only translate (no rotation), and the local axes and global axes are aligned. Therefore, I can track the object using a regular Kalman filter.

So overall, my prediction stage of the Kalman filter is:

But now I want to allow the object to rotate, about the axis going into the screen. So, my "world" now looks like this: 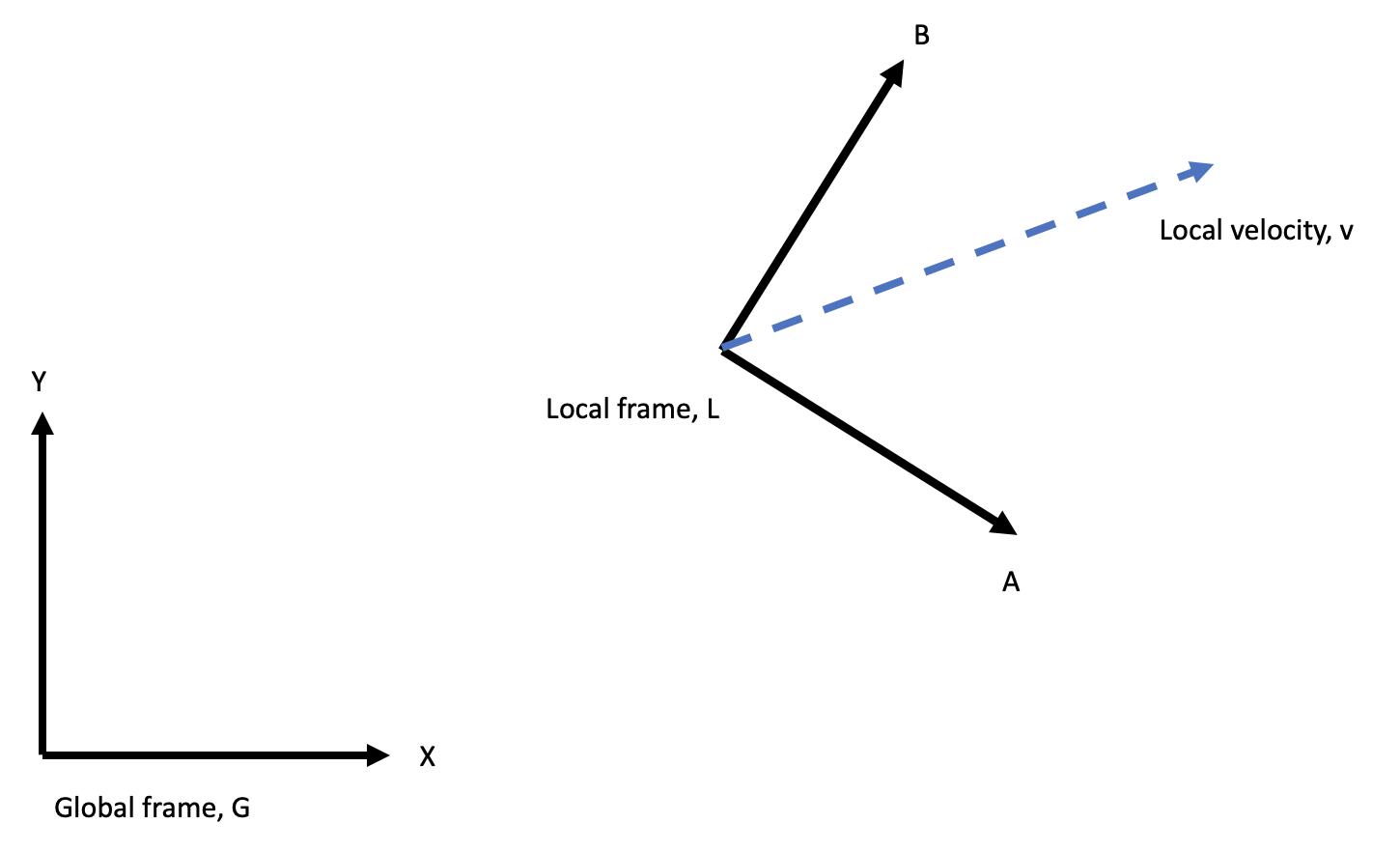 And now, the axes of the two frames are not aligned, so I cannot use the state transition model I defined above. So, to account for this in the Kalman filter, I do the following.

But I am rather confused now. It seems like I have effectively implemented the Extended Kalman Filter (EKF), because the relationship between the local velocity and the state update is actually non-linear, due to the rotation. The EKF involves linearising around the current estimate, and I am effectively doing this by computing the transformation matrix for the current estimation of the object's pose. However, when I read about the EKF, the maths is much more complex. It involves Taylor series expansions and partial derivatives, whereas all I am doing is transforming a vector from the estimated local frame to the global frame.

Have I actually implemented an EKF, unknowingly? Or is there something about my implementation that is fundamentally wrong?

You have not accidentally implemented an Extended Kalman filter. All you are essentially doing is preprocessing the data with a known quantity $T_{GL}$ into your global frame. You therefore removed any indication of rotation and therefore your math is still happening in the global frame which allows you to continue to use your Kalman filter implementation.

Not the answer you're looking for? Browse other questions tagged kinematics kalman-filter or ask your own question.