Often I see positions for robotics companies split into planning and controls engineers.

But motion planning and controls seem to have a lot of overlap.

As I understand in motion planning the planner produces a trajectory. But to make sure the trajectory is feasible the planner must also take into consideration information about the dynamics of the system and can output controls as well.

Thus I have 4 questions:

There is a saying in software engineering which states that your company structure is reflected in your software architecture (I cannot recall the exact phrase). This is true for a robot control software stack also.

How does motion planning differ from controls?

A drunk person can plan a path or sequence of motions, but cannot follow it well. A drunk person has motion and path planning but suffers poor control (esp poor reaction time which creates a time-delay system which is notoriously difficult to control). Google maps gives you a plan, but your brain determines the motions (change lanes!) and your hands on the wheel gives the controls. 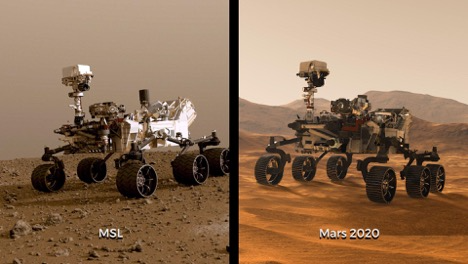 On a robotics team what is the problem the planning team seeks to solve? Once they solve it, what information do they give to the control module?

A planning team usually determines first actions (e.g., I should now mow the lawn), then motions (Mowing the lawn should mean turning on the mower and then outputting a sequence of waypoints that, if navigated to in straight lines, will cover all the un-cut grass.) Then, the output to one control module is those lines between waypoints, and the output from that module is wheel speeds.

On a robotics team what is the problem the control team seeks to solve? How do they use the information from the planning module?

1: Goal (mow) -> 2. Actions (turn on blades, drive over all grass) -> 3. Discrete Path (seq of waypoints that covers the grass) -> 4. Continuous path (the curved path the robot can actually follow) -> 5. Wheel speeds to follow that path. Note, sometimes static obstacles are introduced at stage 3, and moving obstacles are considered at stage 4-5. This is just my experience.

What sort of experience/classes do people on planning teams have?

Typically, they may have heard of RRTs, MPC, PID loops, LQR, Visibility Graphs / Roadmap methods, velocity obstacles, artificial potential fields, and so on. If you want to work at stage 1/2 above, you should learn more about traditional AI and activity planning, which is better characterized as planning and scheduling. Decision trees, Game trees, classical dependency graphs and job-shop type problems, even vehicle routing literature fits here.

I would answer your first question. I would say motion planning can be treated as a higher-level control. You can think about motion planning problems as a subclass of optimal control problems (OCP).

In practice, there are many applications using MPC/LQR to deal with the planning problems to generate a feasible trajectory, which is then tracked by the low-lever controller.

You might also have seen some algorithms used in motion planning, e.g sampling-based methods like A*, RRT. These methods can also be regarded as a way to solve the optimal control problem by using heuristics or sampling. Other algorithms like Artificial Potential Field can be viewed as constructing a Lyapunov function if you're familiar with some control theoty. As you go deeper, you will find more interesting connections between planning and control :)

19
What is the difference between path planning and motion planning?