Inverse kinematics of a sun tracker with swapped axes

I am realizing a sun tracker based on latitude, longitude, and date-time. The system calculates the azimuth and elevation angles to track the sun. 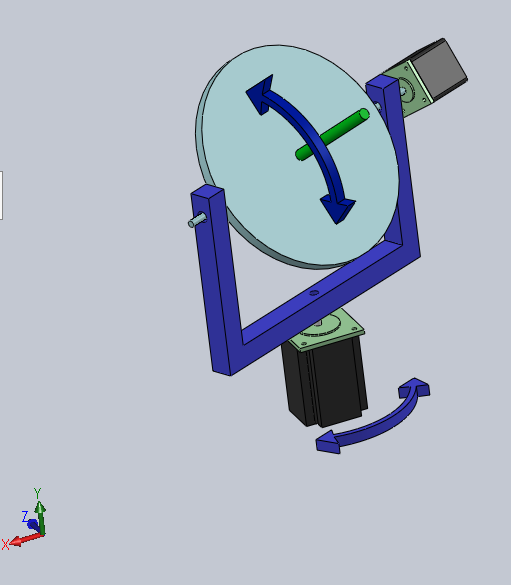 Given the azimuth and elevation angles, computing the target configuration of the axes is straightforward.

However, I now need to change my system into a mirror array where the order of the axes is swapped, as shown in the following diagram: 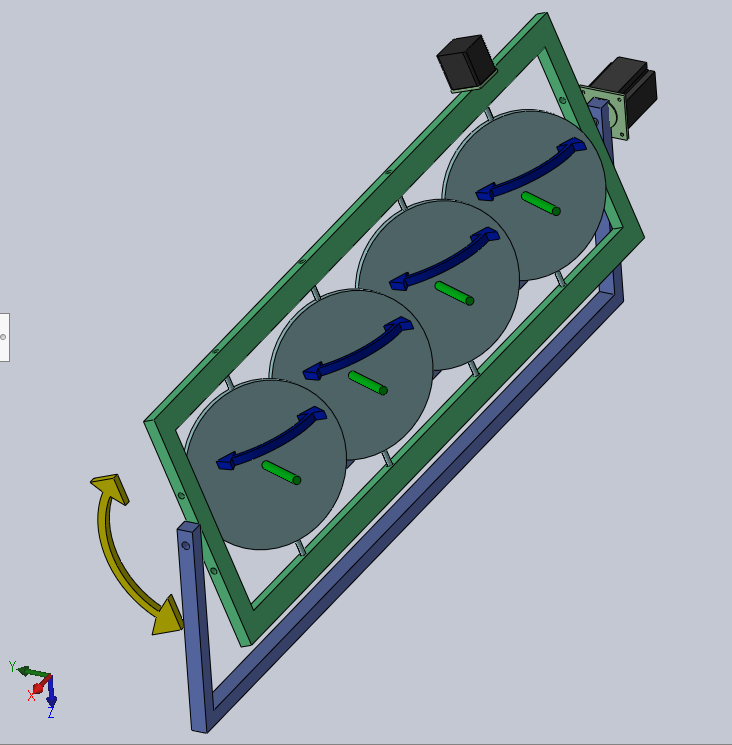 As a result, the logic required to control the system does clearly change.

In essence, given the azimuth and elevation angles of the sun, I would need to come up with the target configuration of the normals depicted in green.

To calculate the orientation vector in the classic configuration: Ej: Elevation 45 Azimuth 30 With some math : 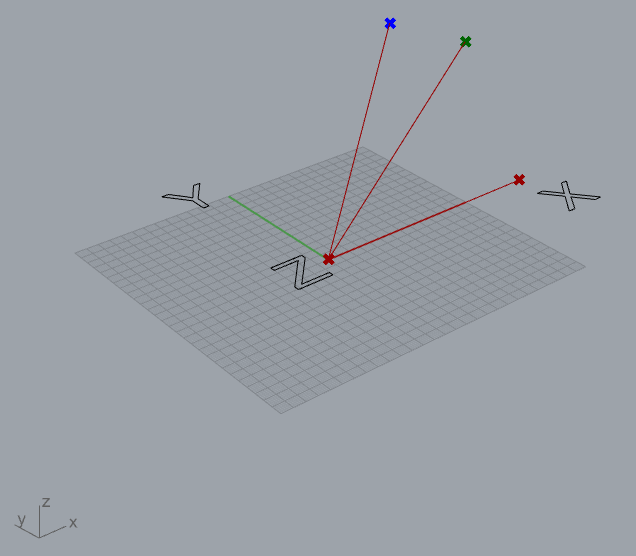 So how to get the same vector with the mirror array motor arrangement.

Basically, I need to solve for:

From my point of view, there is only one solution, thus a closed-form should be possible.

Browse other questions tagged inverse-kinematics or ask your own question.