How come LIDAR is not commonly used for indoor navigation?

I'm reading this survey on the state-of-the-art techniques for indoor positioning and navigation. I noticed that LIDAR isn't mentioned at all in the paper. Is LIDAR not meant to be a common method for indoor navigation? I believe I've seen some industrial LIDAR robots some time ago though.

It is just that indoor navigation is a vast topic. I haven't seen any survey paper that covers all types of sensors. We can't cover few thousands of papers in a single survey paper. The paper you linked has some specific coverage and it is ok not to mention other sensors out of the scope such as LiDAR or camera.

The referenced paper appears to be talking mainly about "mobile devices" (i.e. phones), not mobile robots. I believe there are simply physical limitations to using something like LIDAR on a phone. When holding a small device in your hand and up against your head, most of the device is covered, so optical technologies won't work well. That is why the majority of techniques the paper investigates are radio technologies. (Radio waves can travel around and through human bodies and walls as opposed to line of sight optical sensors like LIDAR).

I'd contend that LIDAR for indoor mobile robots is used extensively. Robots that use 2D LIDAR for indoor SLAM can be found throughout the literature. Including some notable books like Probabilistic Robotics. For 2D LIDAR to be most effective, it needs to be held at a consistent height above the ground. Something that comes naturally to wheeled indoor robots.

The costs of 2D LIDAR have greatly been reduced over the years. Now even commodity vacuuming robots use it. 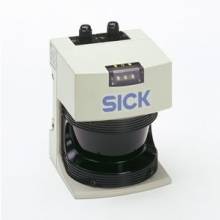 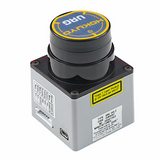 However, I will also mention that in recent years cheap 3D sensors like the Kinect and its derivatives have shifted robotics (and SLAM research) to 3D.

Not the answer you're looking for? Browse other questions tagged navigation lidar or ask your own question.

2
What kind of lidar is necessary for SLAM?
1
Testbed for testing navigation algorithms
1
What wavelengths are most commonly used in laser-scanners and LIDAR systems?
0
ICP for LiDAR point cloud data in two frames
0
how to implement autonomous navigation using lidar and hector?
0
How does 3D Lidar work?