How does 3D Lidar work?

It is a beginner question for most of you, I had Googled this question but I didn't find any satisfying answer. What is the returned raw data from lidar, the difference between 2d and 3d lidar? How we map with lidar? I need mathematical relations of this process.

Lidar, sonar, and radar all work generally the same:

These are the essentials of how all of the detection and ranging systems work. Here are some finer points that were difficult for me to understand when I was trying to learn more about radar systems. These seemed to be points that were clearly understood by most authors, but nobody laid any of these points out in any singular text that I ever read:

Finally, regarding your question about 2D versus 3D, this generally refers to whether or not the device is detecting points along a single line (a single scan plane) or along multiple lines (multiple scan "planes" which, for non-zero "plane" angles, actually create scan cones).

Forgot - here's a good picture from a synthetic aperture radar system showing some highly reflective objects - they make the + patterns in the data where they're creating a detectable reflection even though the radar isn't pointed directly at it. It's kind of like a lens flare, but not exactly the same mechanism. 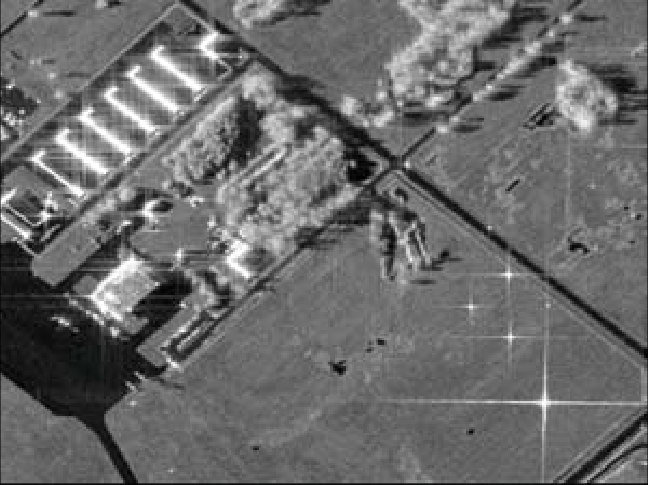 5
Determining position from a 2D map and LIDAR
0
Plot a map using wheel encoder and IMU data
1
Which scan matching algorithm can be used to extract the moving objects (in 2D lidar scanner)?
0
Is Lidar SLAM with only lidar sensor and no loop closure detection just a odometry?
1
does lidar sensor output data have spatial locality?
0
Localization by comparing current lidar scan with previous lidar scan