I am following this article: Overview of Jacobian IK 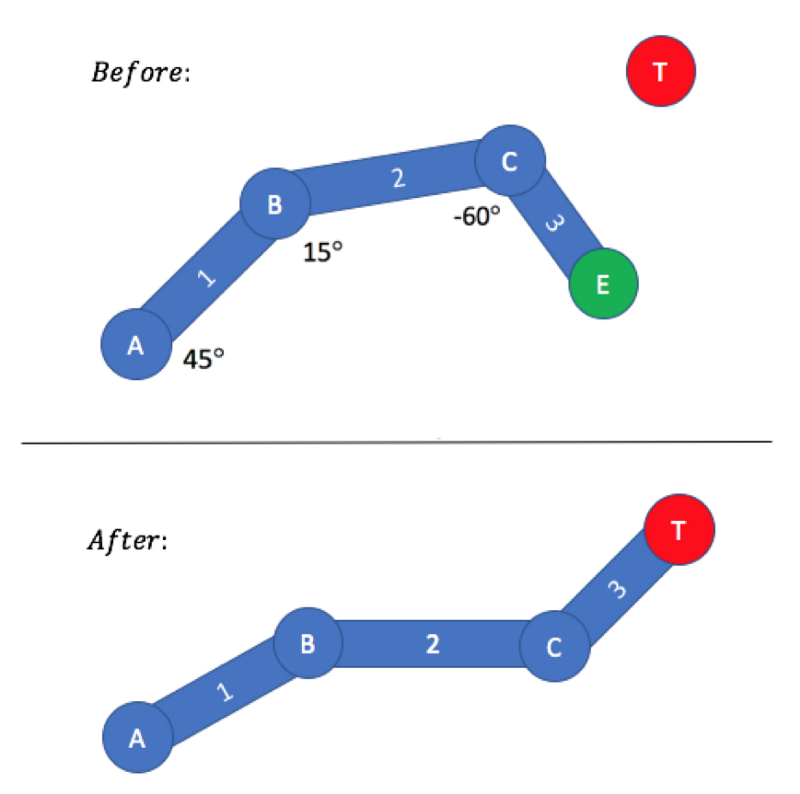 From the link, an example says:

And following this, it gives an example of O:

Later on it says for the 2D system, the Jacobian can then be constructed as follows:

I now have 2 questions if this was transferred to a 3D system:

An alternative way to compute the Jacobian is to represent the kinematic chain transformation symbolically and symbolically differentiate it. Then you can evaluate the expression for it at any point analytically.

For example (if you know C++) see the use of this technique in the implementation of the Expression::differentiate() function of OpenSim.

Not the answer you're looking for? Browse other questions tagged robotic-arm kinematics inverse-kinematics jacobian or ask your own question.