How to generate Particles in Particle Filter?

I have been trying to implement FastSlam 1.0. To implement this, I need to create particles. Now my confusion is how to create Particles? I have some odometry and Measurement data. Using those data values, how could I generate the Particles?

At $t_{0}$ your particles should have some initial distribution. To simplify you can assume that all particles are aligned at the same pose $x_{0}$.

Now to translate this equation into code you need to define a motion model for your robot. These slides introduce several probabilistic motion models depending on the type of robot you are using (odometry-based, velocity-based). 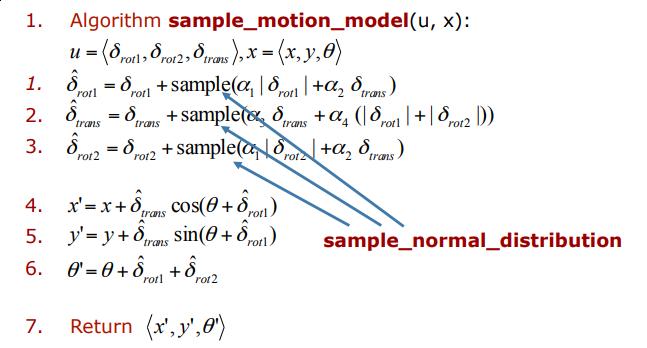 Not the answer you're looking for? Browse other questions tagged mobile-robot slam particle-filter or ask your own question.