I am having a bit of trouble with the pictured question: 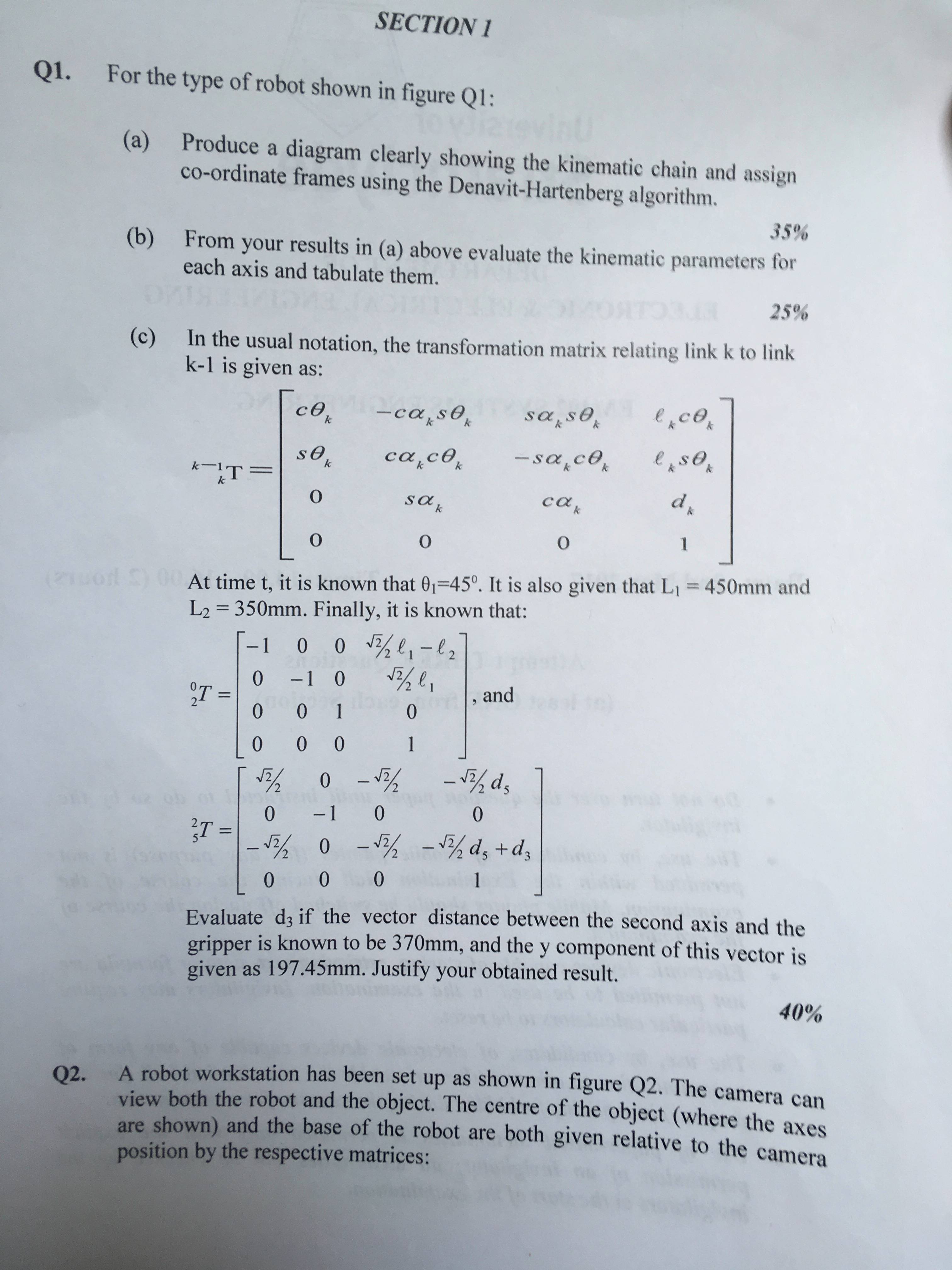 I am able to do part a and b, however c is proving very difficult. My lecturer never really explained much beyond what is asked in a and b. Any hints about how to do it would be greatly appreciated. I have looked at inverse kinematics but that seems to be for determining the angles of the joints, not the length of links and distances.

Thanks in advance for any help!

Here is the diagram of the robot also: 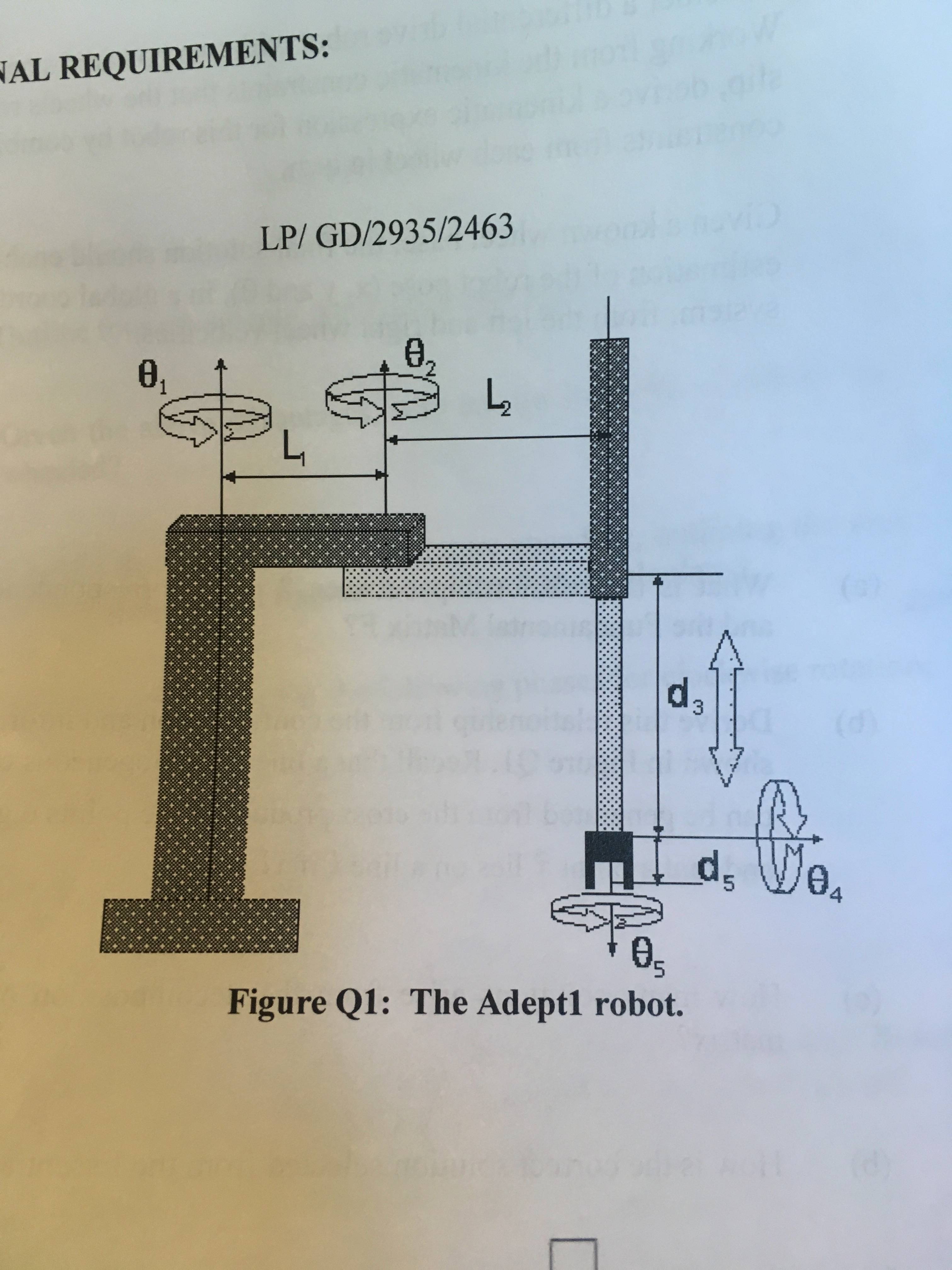 The question is meant to see if you have learned anything about the underlying math and geometry associated with kinematics rather than just blindly following the basic steps for calculation.

Draw the robot, compare the symbolic version of the calculation with the numerical results listed, and it should be straight forward. Using what you know about figure Q1 will let you simplify the symbolic calc.

The question makes you reflects on the meaning of the transform matrix (which construction process w.r.t. DH parameter is given).

Thenn what I would do, although it is bit unclear from the formulation, I would suspect that the information given relative to the distance between link 2 and 5 (is 5 the end effector?) are given in the base frame (0), otherwise the information relative to $^2_5T$ are not useful. From there using the transformation matrix at hand and considering the suggested vector you get a system of equations.

That gives you relationships between all the mentioned quantities, but there I am blocked by the information concerning the the $y$ component of the position of end-effector w.r.t 2 expressed in 0, as it didn't match my result and left me with $d_5$ unknown (same if I make the assumption that the information about the vector are expressed in 2). Although if the vector component information concerns $x$ than it is possible to get a numerical evaluation of $d_3$.

NOTE: done during my coffee break

2
Denavit–Hartenberg parameters of a robot with spherical wrist
11
What are the advantages of using the Denavit-Hartenberg representation?
3
Inverse Kinematics of Parallel Manipulator (Delta Robot)
1
How to determine the direction of X-Axis in Denavit Hartenberg process? [Sketch inside]
0
How can Denavit-Hartenberg representation with only 4 variables describe rototranslations with 6 DOF?
5
question about spatial velocity in the book <modern robotics>
3
Converting from Modified to Standard Denavit Hartenberg
1
Denavit-hartenberg parameters sign 6-DOF