Given Data and Algorithm

I present this trajectory on graphs below (TX, TY, RZ): 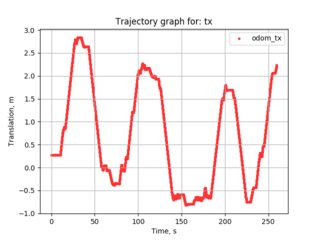 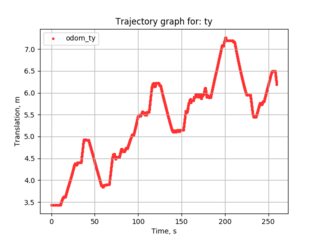 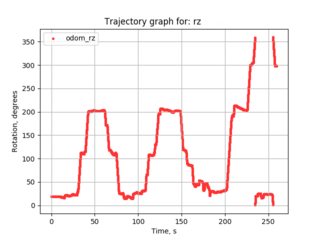 It should be obvious that other 3 dimensions have all zeros in them, as the wheel odometry poses have only 3DoF.

Then I rotate this stream of poses to another coordinate frame, customary for Visual SLAM (Z - forward, X - right, Y - down). The acquired result is shown below and is not what I have expected. 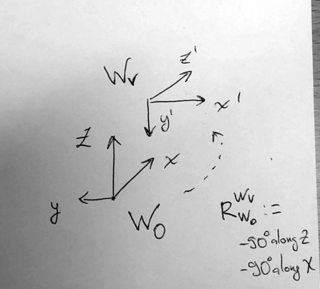 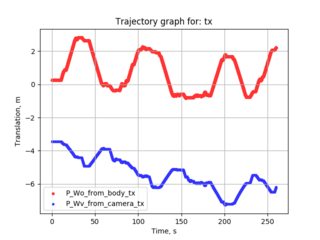 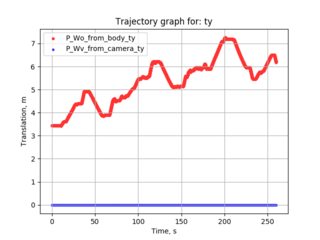 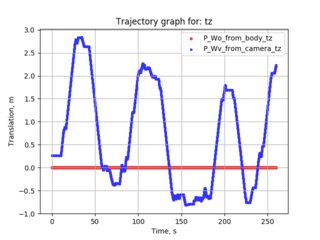 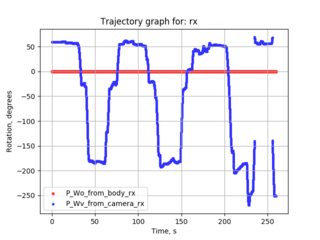 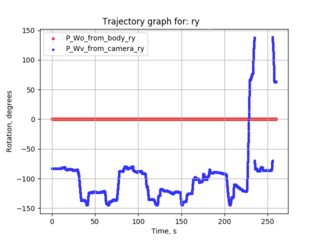 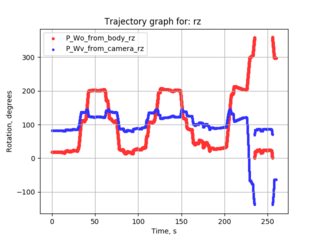 Meta:
I have long pondered where to post: in Math or Robotics. I have finally decided for the latter, for the question seems very "applied".

Such a transformation yields correct rotation of agent in Visual World coordinate frame: 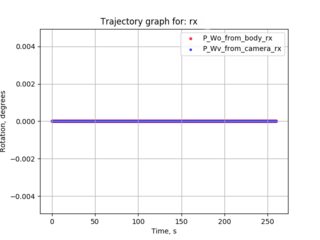 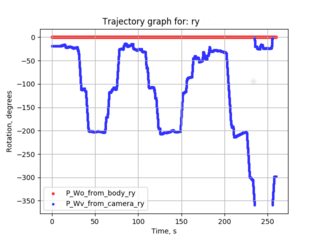 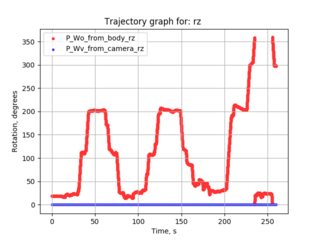 Not the answer you're looking for? Browse other questions tagged ros odometry rotation visual-odometry or ask your own question.

3
How to get the projection matrix from odometry/tf data?
2
Most accurate rotation representation for small angles
6
Need help regarding development of Extended Kalman Filter for sensor-data fusion of odometry and IMU data
3
Odometry motion model for Kalman filter, but is the error zero mean?
3
How to rotate a rotation quaternion in the body frame to a rotation quaternion in the world frame?
0
How can I calibrate 3 cameras without knowing global pose of the object & camera locations? How can I find the pose of each camera wrt the first one?
0
IMU Change of reference frame