We changed our privacy policy. Read more.
This site is currently in read-only mode; we'll return with full functionality soon. Follow @StackStatus or visit our status blog for more info.

How to detect books in a bookshelf? [closed]

Ask Question
Asked 4 years ago
Active 4 years ago
Viewed 78 times
0
$\begingroup$
Closed. This question is off-topic. It is not currently accepting answers.

I need help converting this project to reality for my office that I currently work in. I basically want to have sensors(idk which or what kind) behind a bookshelf in individual racks and have those sensors communicate with an app to tell if that rack is full or not. I have no background in programming or robotics but I am willing to learn and read as much as possible if someone can guide me in the right direction it would be really helpful. I also wan it to be as cheap as possible.

I have attached an image of how I want the setup to be. Thanks in advance 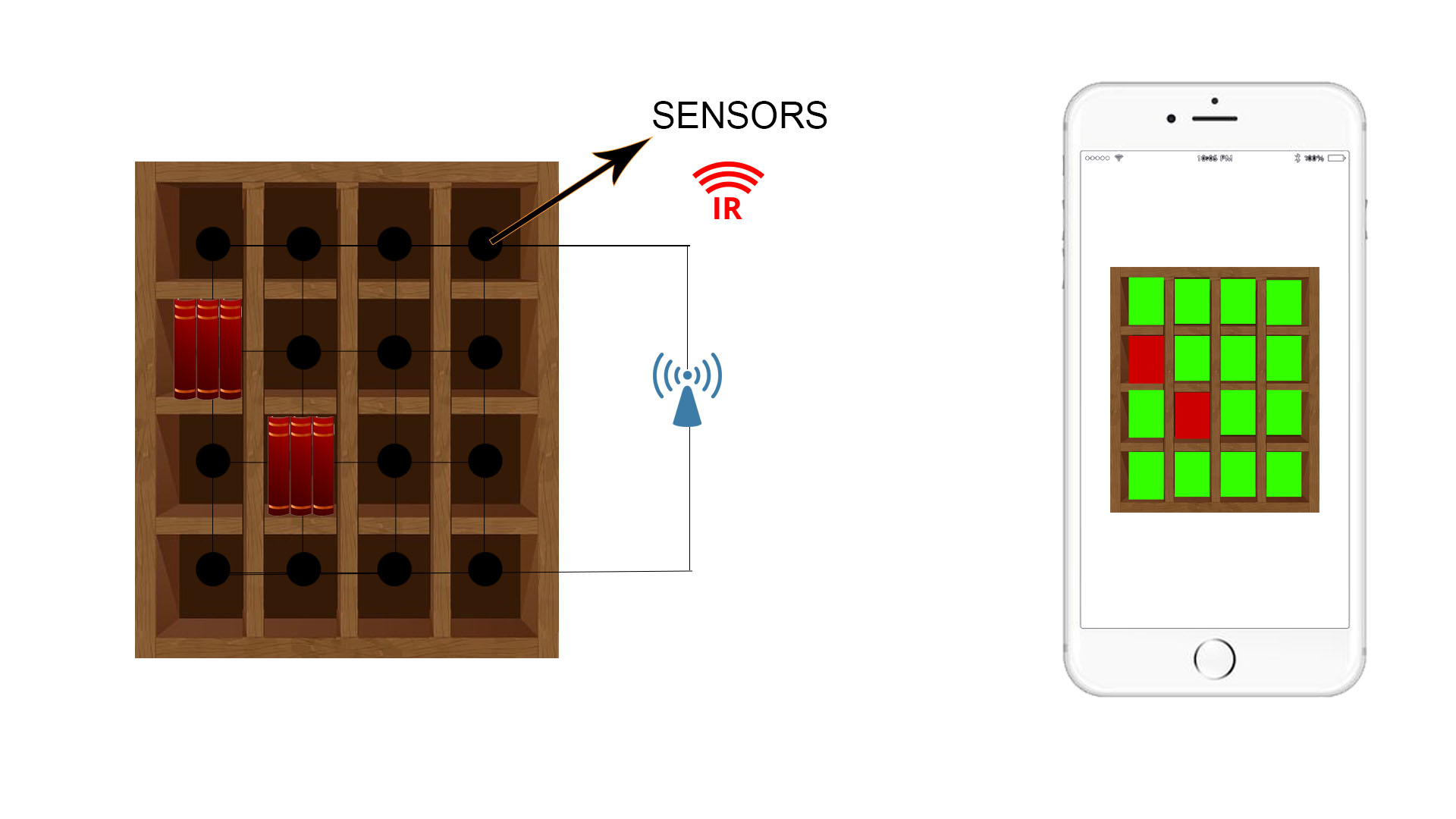 I would suggest to start with something simple and later on work out the small details.
For a fast Proof of Concept you can use an Arduino Yun which comes with built-in WiFi connectivity.

The Arduino will be connected to an array of proximity sensors, either ultrasonic or IR, and will return the racks with books, simply check if the distance retrieved by the sensor is less than x cm, where x is the length of the single rack. Obviously you should take an average of several measurements with a small delay (say 10 uS) because these sensors are subject to heavy fluctuations and may cause false positives/negatives.

Then the Arduino will connect to a backend and stream all the data using one of the several available protocols. You can use an online ready to use backend such as Temboo to visualise data and later on develop a smartphone app.

Further improvements can be on the uC and code side, maybe using a raw ESP8266 to be put in sleep mode and enabled once a while to poll sensors and trasmit data to go back in low power mode.

This site is temporarily in read only mode and not accepting new answers.

Not the answer you're looking for? Browse other questions tagged arduino sensors .

11
How can I detect the edge of a table?
5
How do ultrasonic range finders detect objects at an angle?
2
Detect polyethylene
3
How can I detect ground collision, for an hexapod robot?
0
Sensors for identifying stacked books
0
Detect physical touch/hit
2
IR Sensor to detect fast moving object