Looking for cheap Xbox/playstation like remote controller for robots

What about using an inexpensive 2.4GHz RC transmitter?

I opened up the quadcopter and Identified the chips it used

Based on this, I found the NRF24L01 which appeared to be compatible which I purchased on eBay for a whopping \$0.67US. Add a \$15 Arduino Mega (or a $2 Arduino Nano clone) and you are all set to go.

After a bit of time and part in hand I hooked it up to the Arduino and I was able to control a servo using my inexpensive wireless controller. 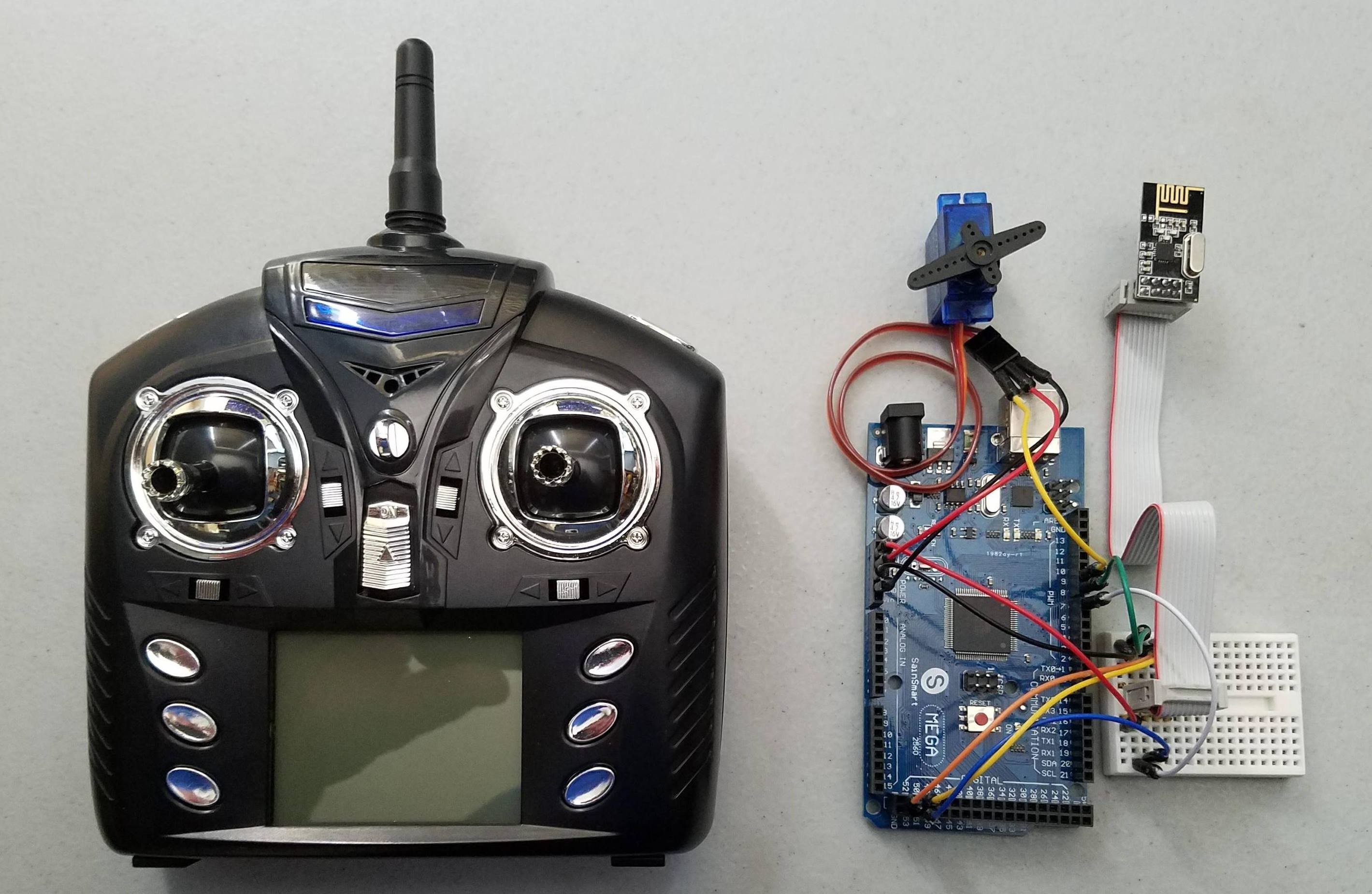 My guess is that the protocol varies depending manufacturer; so, a bit of reverse protocol engineering may be required. If you would like more information on the code and config for the controller I used, Up Vote this and add a comment. 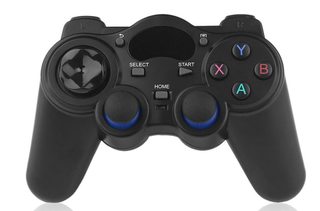 There are also 2.4GHz gamepads available for a similar price. Their protocol might also be a bit different; so, a bit of reverse protocol engineering may be required in that case as well.

Not the answer you're looking for? Browse other questions tagged radio-control or ask your own question.

1
What wireless technology to use to control robots in classroom?
2
Remaking an RC transmitter for controlling aircraft
1
2.4GHz helicopter hack [Edited]