I am developing an inverted pendulum that uses a differential drive robot as base. The goal is to create a benchmark to practice my control using ROS, so I can implement what I learn on the Modern Control Engineering (5th Edition) [Katsuhiko Ogata] , and other books and Journals.

However, I am running into problems because of my lack of experience.

I originally tried to do something similar to the b-robot but it ended being better to build a cart for benchmark because it is more stable and I can use an encoder to know the position of the rod.

I am thinking to do these changes:

I would like advises on which hardware select for developing a precision robot. Which motors and motor drivers. If Nucleo boards would work well. This kind of things.

I also would like to know the best practices for programming the controllers for ROS.

I attached an image of the robot. 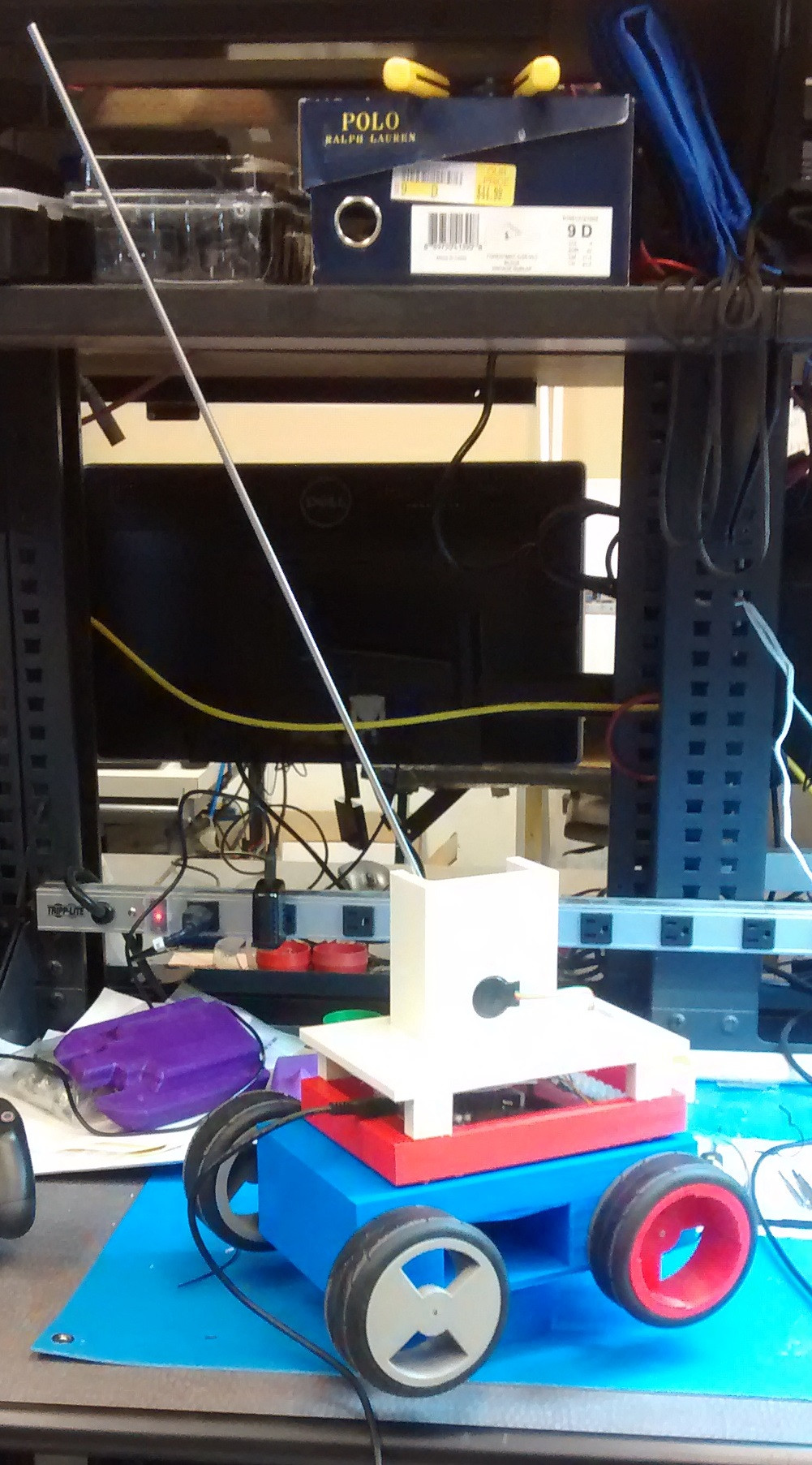 Browse other questions tagged mobile-robot control ros or ask your own question.

13
How can I control a fast (200Hz) realtime system with a slow (30Hz) system?
1
Interfacing GPU image processing with motor control at 30+Hz
7
ROS on Raspberry Pi Model 2: UbuntuARM vs ROSBerryPi
0
Suitable uC for atonomous robot
5
Why to combine a Raspberry Pi (or similar board computer) and an Arduino for controlling motors?
0
Inconsistent robot behavior
0
Do I need a camera along with LIDAR for SLAM?
3
Inverted pendulum controller
3
ROS Laser Scan rotates with the robot in RVIZ