This is my first post here, so if I unknowingly vioated any rules, mods are welcome to edit my post accordingly.
Ok, so my problem is that following Craig's conventions, I can't seem to find the expected homogeneous transform after a series of transformations.
I have included the image for clarity. 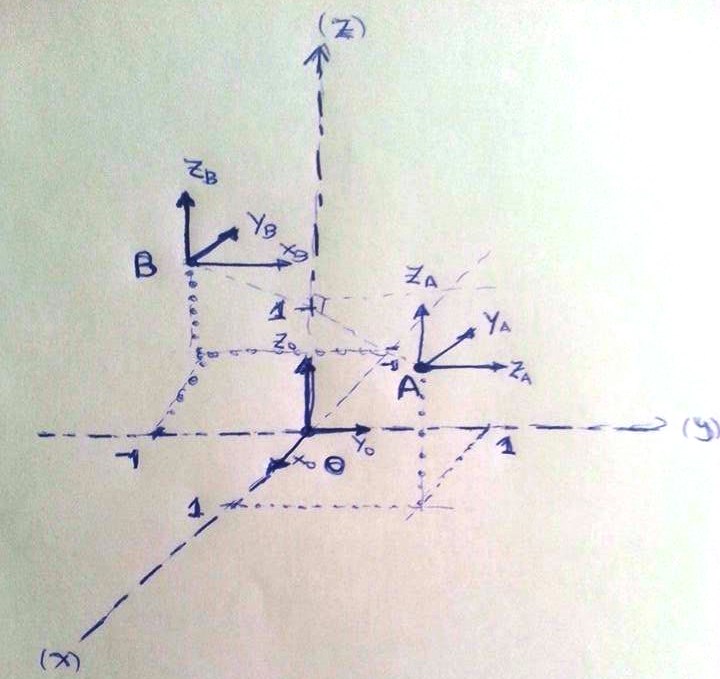 kinematics frame
Share
Improve this question
asked May 24 '17 at 12:55

It is the order of multiplication.

Suppose you have a frame $A$ and you want to apply the transformation $T_B$ to $A$:

Not the answer you're looking for? Browse other questions tagged kinematics frame or ask your own question.

19
Computing the Jacobian matrix for Inverse Kinematics
4
How to use the Homogeneous transformation matrix?
1
Assigning parameters in perpendicular axes: D-H is a must
5
Confusion in fixing DH frames
3
Expressing a global point in different frames
1
Not understanting the result of a relative transformation
0
Doubt about axis\angle representation
1
Multiple Rotations via Matrix Multiplication
2
Confusion over configuration space, workspace and task space