How does rocker bogie keep the body almost flat?

How does rocker-bogie mechanism keep the body flat / keep the solar panel almost flat all the time? I know there is an differential system that connect both rocker bogie (left and right) together. But how does it actually work?

I was looking for something similar, and I found Mars Rover Rocker-Bogie Differential to be really helpful.

With my level of understanding it took me a while. But the link my professor provided me with really helped me, it has decent animations to help understanding the concept.

The differential Gearbox consists of three gears. The one in the middle (2) is connected to the body, while the ones on the side (1) rockers of the system. 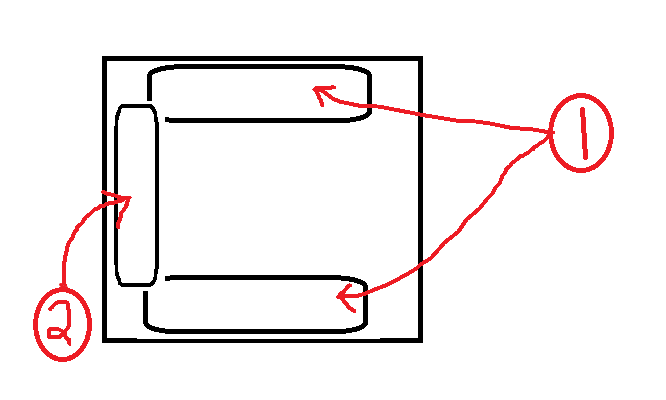 If you were to pick the rocker bogie up and hold the body intact, and tilt one of the side rocker downwards, the gears in the gearbox would make the rocker on the other side tilt upward. If you tilt it upwards, the other one would tilt it downwards. More complex system use more gears to make the whole system more sensitive to the movements.

As for the Differential bar, it's not used on the rover as it interferes with the solar panel, but it works in a similar way. Except its rod that connects the two rockers. And this rod is pivoted in the middle onto the body.

So, as far as my understanding goes, look at the picture and consider the gears on either side (Gears numbered 1). If one of the gear(let's say the top one) is turning clockwise, it would make Gear no. 2 (which sits in the grove of both of the other gears.) move anti-clockwise. Which in turn would make the other No.1 Gear turn anti-clock wise.

NOTE: ALL THE GEARS FIT INTO THE GROOVE OF EACH OTHER. So any rotation that takes place in this system affects the other two gears. And the gears are attached or arranged in such a way that No.1's are running in the opposite direction of each other. 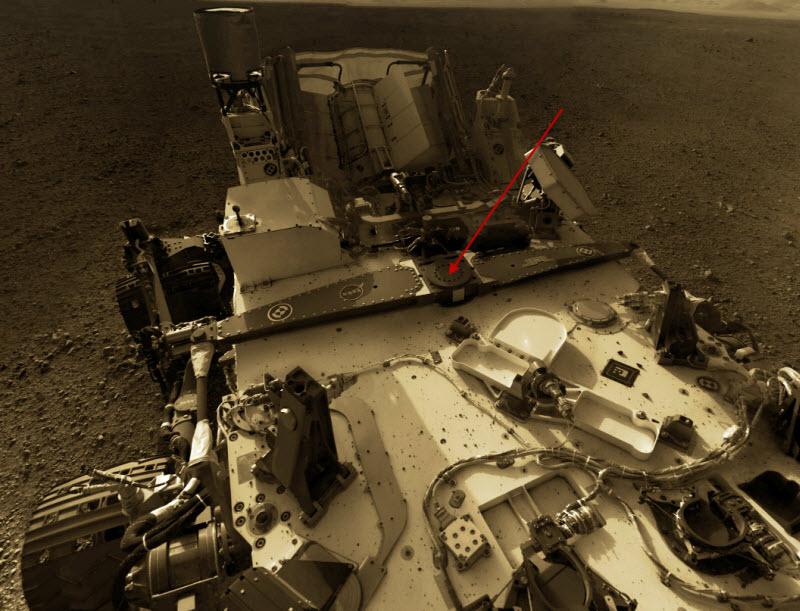 Here you can see the differential Bar on Curiosity.

Not the answer you're looking for? Browse other questions tagged wheeled-robot or ask your own question.

4
Rotation ratio between left rocker and right rocker in rocker-bogie system
3
Rocker bogie suspension stability
0
How do I determine the heading of a six wheeled robot?
2
Rocker bogie suspension system - pitch angle
0
How to Calculate the Translational and Rotational Velocity of a 4 Wheeled Robot?
1
How to increase the traction of tyres/wheels
0
Balancing robot - How to control the velocity and angle
0
After planning a path, how do I ensure the robot is following the planned path?