Determining the speed of each pole for a transfer function 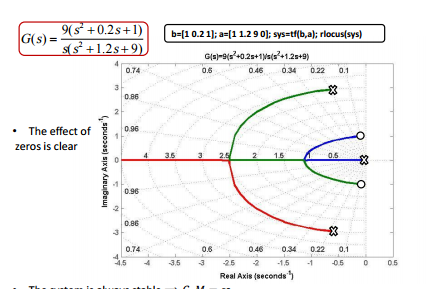 I remember learning to compare pole speed by looking at their natural frequencies, but in researching for your question I've seen several posts stating it's the distance from the imaginary axis (-$\xi \omega_n$), which I believe makes more sense than just the natural frequency ($\omega_n$).

In this system, as the poles begin to move from the open loop poles, the "slow" pole (It doesn't move slower, but because it is closer to the imaginary axis the response due to that pole is slower.) at s = -1 initially moves to the left, indicating a faster response in that component of the response. The "fast" pole starts from s = -2, and move to the right, indicating that that portion of the response slows down. Still, the overall effect will be a speedup in the system, at least until the poles become complex. You can see that in this clip that shows the unit step response of the system with the root locus above.

Here is a PDF on control engineering that makes numerous references to how fast the system responds with respect to damping ratios and natural frequencies.

So again, I would imagine you didn't ask yourself to do this problem, so talk to the person that gave you the problem and ask them what they mean when they say speed. If I had to guess, I would say to find $-\xi \omega_n$ for each pole.