Problem with vibrations in air bearing

We have an air bearing for a planar xy motion. Today it consists of four pockets according to picture. 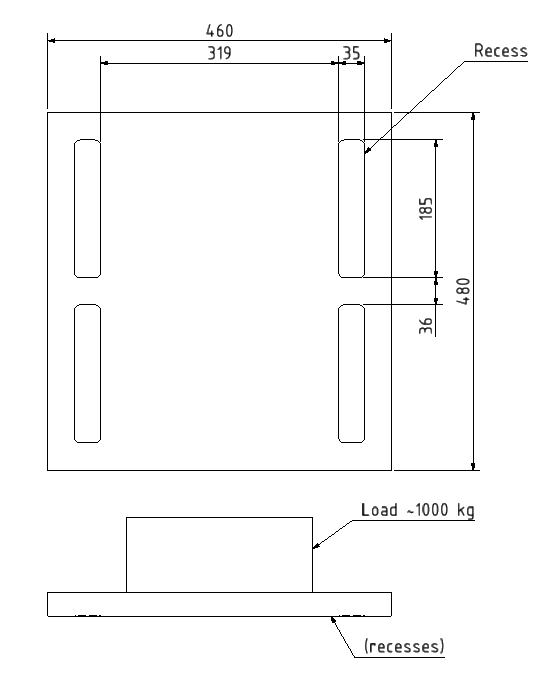 In the current design there are no sealings around the peripheries of the pockets and we suspect that is the reason we get vibrations.

In the current design we control the pressure, same for all for recesses. The flow is adjustable individually for each recess. In practice it is very hard to tune it.

For the non recess surfaces we have used Slydway as we need to be able to operate it without pressure occasionally.

To try to solve the problem we plan to develop a prototype where we can try out the effect of using sealings around the periphery of the pockets. The idea is something like this: 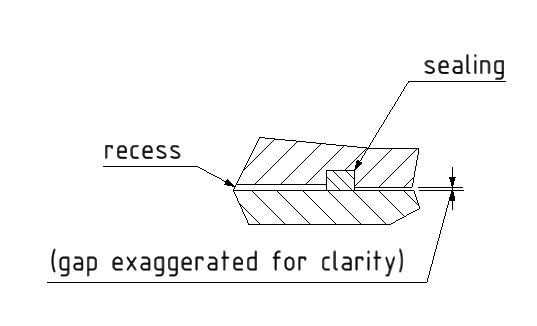 I'm going to try and add grooves around the recesses to evaquate the air that leaks. My thinking is that this will give us a more defined area under pressure.

Non of the commercial air bearings I've seen have attempted to seal like this, so I think that your problems with vibration may lie elsewhere.

The problems I have seen with air-bearing systems have been related to mechanical over constraint.

A high performance linear bearing stage I once worked on used six bearings like these:

Where /, \ & _ are a pair of bearings (side by side along the track), e was the encoder strip and m was a linear motor.

The problem that we had was that no matter how we tuned the servo loop, if it was tightly tuned enough to get up to the speed and acceleration we needed (3m/s & 2g) then the system would often get into a limit cycle (sometimes erroneously called resonance) when stopping (i.e. it would sit humming).

The way we solved this was to remove one of the air bearings on the / row, relocating it to the middle:

By removing the excess constraint, we appeared to remove the tendency for a perturbation in one air bearing to affect another bearing and then ripple through to the other bearings.

Depending on your typical direction of motion and the flatness of your surface, you may find that a three point bearing system may work better for your system: 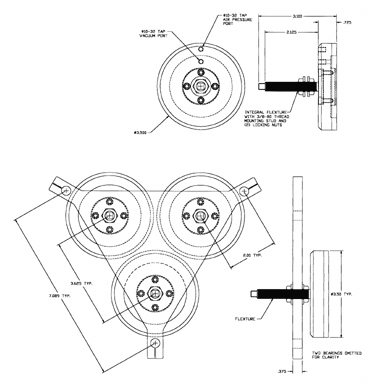 You may also want to consider purchasing commercial air-bearing modules and attaching them to a frame (at least for a prototype) rather than attempting to manufacture your own air bearings. That way you can leverage the knowledge and support provided by the air-bearing manufacturer.

One other point is that we used ordinary Polyimide tape on our air bearings. We considered various more permanent methods, but in the end decided that being able to easily remove old, scarred or scored tape and replace it with fresh tape quickly and easily made the most sense for our application.

Not the answer you're looking for? Browse other questions tagged linear-bearing or ask your own question.

1
looking for a circular track and bearing with a spindle