Geometrical solution to an IK problem for a humanoid robot leg

On the attached figure, I show a graphical representation of the problem I am facing. I have developed a humanoid robot with a thigh which makes an angle with respect to the leg. It means that there is always a constant distance (R) – whatever the rotation of the thigh is - between the Pelvic and the leg. Besides, the foot is articulated with a forefoot and a midfoot. 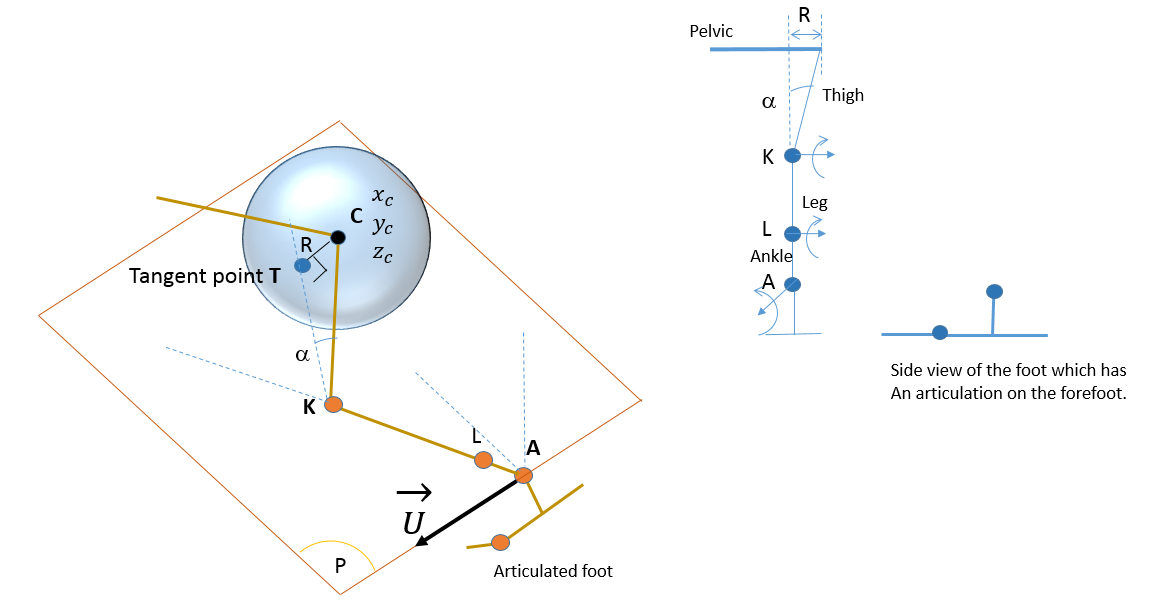 I come up with the geometrical problem of computing a plane $P$, passing through $C$ with one orientation given by $\vec{U}$, which is tangent to a sphere whose center is the extremity of the Pelvic (point $C$).

Knowing the point of tangency $T$ I can compute the position of the knee $K$ and then the angular values for the leg and the thigh.

But I cannot find the equations to solve it so far... or may be there is another geometrical solution I did not think of?

I am trying to find a geometrical answer before going through a DH description + finding the values via decoupling and so on...("classical" Ik resolution).

Browse other questions tagged inverse-kinematics humanoid or ask your own question.