Why is this electro motor going slower?

From an old dust buster I've got this electro motor, the included battery pack and the charger: 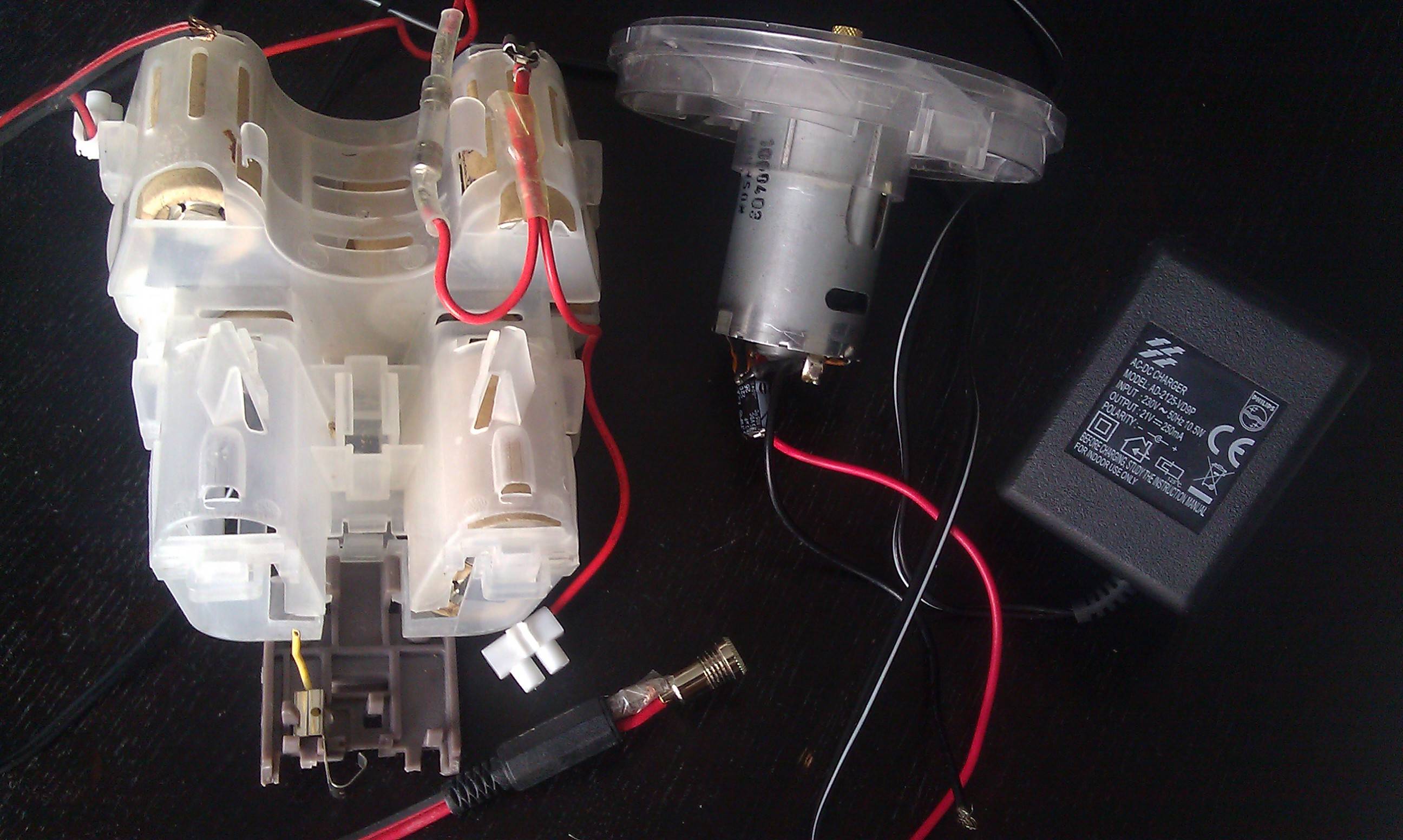 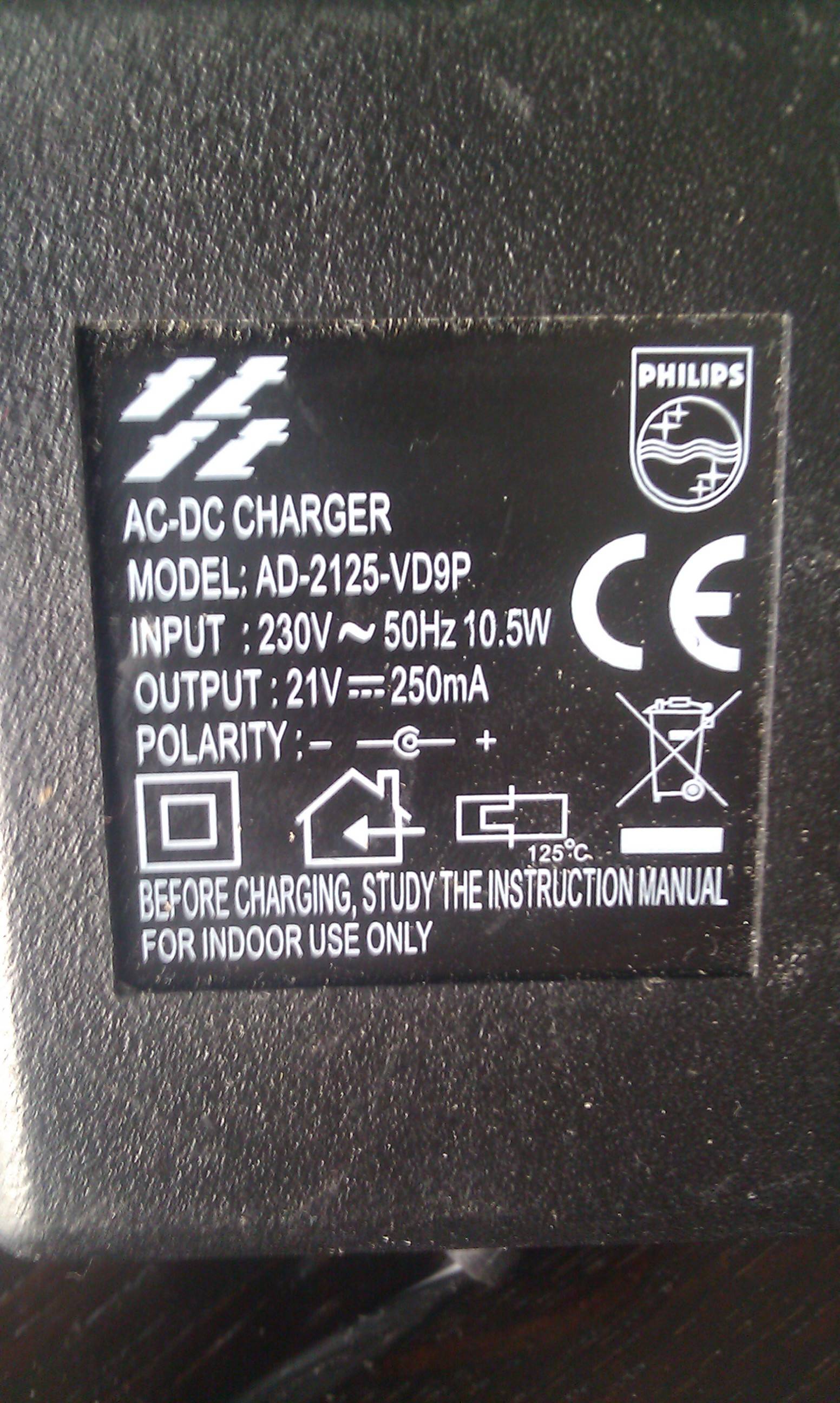 Since I want to use this motor for my first home robotics project (making a kite fly with my computer), off I went to the local electronics store where they measured the charger to give 16V (even though it says 21V) and the battery pack to give about 5V. I then hooked up the motor directly to the charger, but unfortunately it doesn't even move an inch then.

So now I wonder:

All tips are welcome!

250mA states the maximum output current to drive the load. So check what the current rating of the 5V regulator is.

Check whether there is a voltage drop before reaching the motor. It might be that the motor is not spinning because of insufficient supply.

If your charger is running at 16V instead of the 21V it's supposed to be operating at, then that is your problem.

Why your charger won't run the motor

Your charger should be fairly underpowered for running the motor. Most batteries strong enough to power motors are not meant to be charged as fast as they can discharge. This can be for several reasons, including:

A power supply capable of running the motor would be damaging (if not dangerous) to connect directly to the battery.

Other things to check:

It's possible that your batteries are running near the end of their lifetime (they have a finite number of cycles). When charged overnight and unplugged, are their voltages below what they should be?

It could also be that the problem is mechanical. Has debris been introduced into the motor assembly, or is it poorly lubricated?

Not the answer you're looking for? Browse other questions tagged motor battery or ask your own question.

9
How can one determine whether a LiPo battery is going bad?
4
Choosing motor and battery for a robot
0
Risk of overloading motor controller
0
Tring to run 12 V DC geared motor using Samsung Li Ion ICR16850 batteries
1
Can too much input current destroy my motor driver?
2
Going around Voltage Limitation on Battery for Steppers?
1
Proper cable to connect 12 V, DC 6 Ah batteries to Sabertooth Motor Controller for Lawnbot?
3
How to get constant motor RPM regardless of battery voltage?
1
Unlabelled pins on this L293D dual DC motor driver
0
Why to seal a motor shaft, or the whole motor, for underwater ROV?