What relay or other gizmo do I need to switch between two circuits?

I have built a fighting bot but improvements could be made. I currently use 1 channel to switch spinners on and off and another for self righting. The spinners cannot turn during self righting as they are against the floor so I have to switch them off with one switch and activate self righting with another to avoid the spinner motors burning out and then once self righted reverse both switch positions again. Currently each circuit has a normally off relay (5v from the receiver controlling 24V to load), in an ideal world I would have got a relay that allows one circuit 'on' and the other 'off' and then the opposite when given the signal by the receiver e.g. when a single switch on the remote control is 'off' then circuit A is 'off' and circuit B is 'on', when the remote switch is 'on' circuit A in 'on' and circuit B is 'off' - this would free up a remote channel and also ensure the two circuits can never be closed at the same time - with me so far? anyway turns out that this type of relay does not exist for control by a remote receiver so what I am trying to achieve is the following: 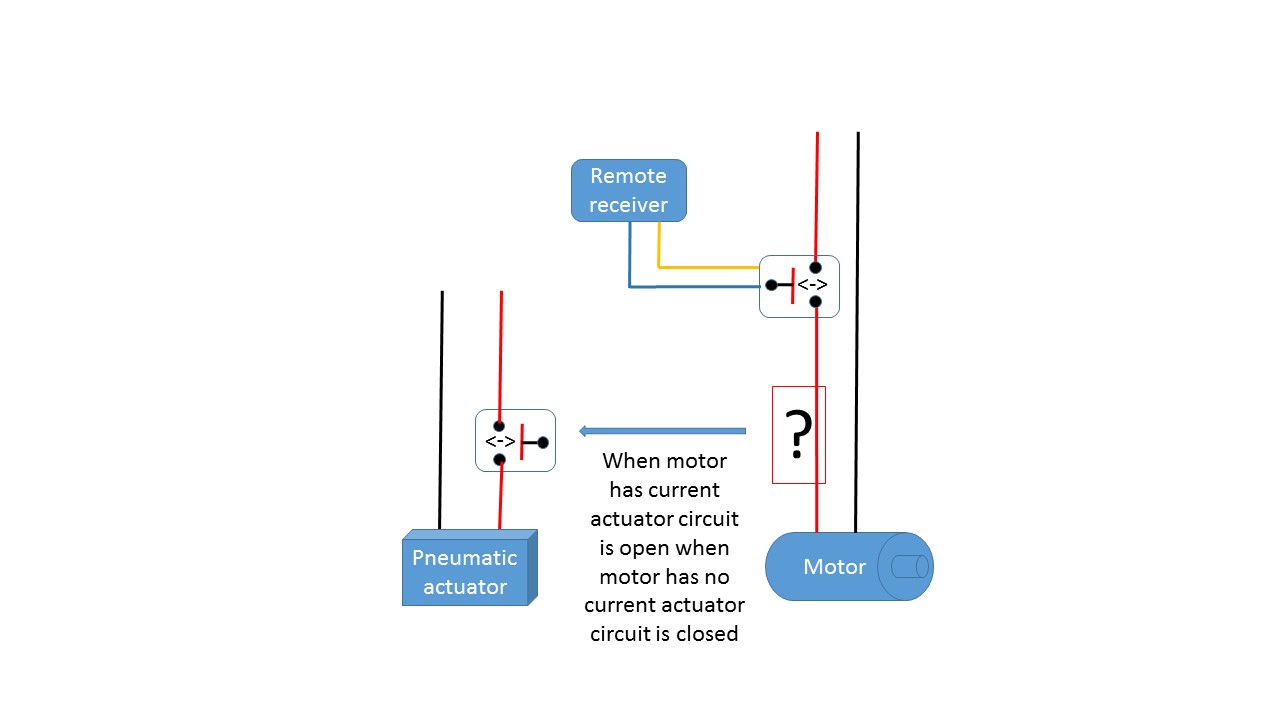 So it's not actually a relay as that suggests one voltage controlling another so what is this illusive gizmo I seek actually called? Can I buy one on Amazon?

I'm trying to avoid going down the route of IF / THEN gates on a separate PCB, the daft thing is that all I want is an electrical version of exactly what the pneumatic actuator does - when powered air goes down one hose and when off goes down another.

After looking at some of the answers - (thanks everyone) it allowed me to find this: 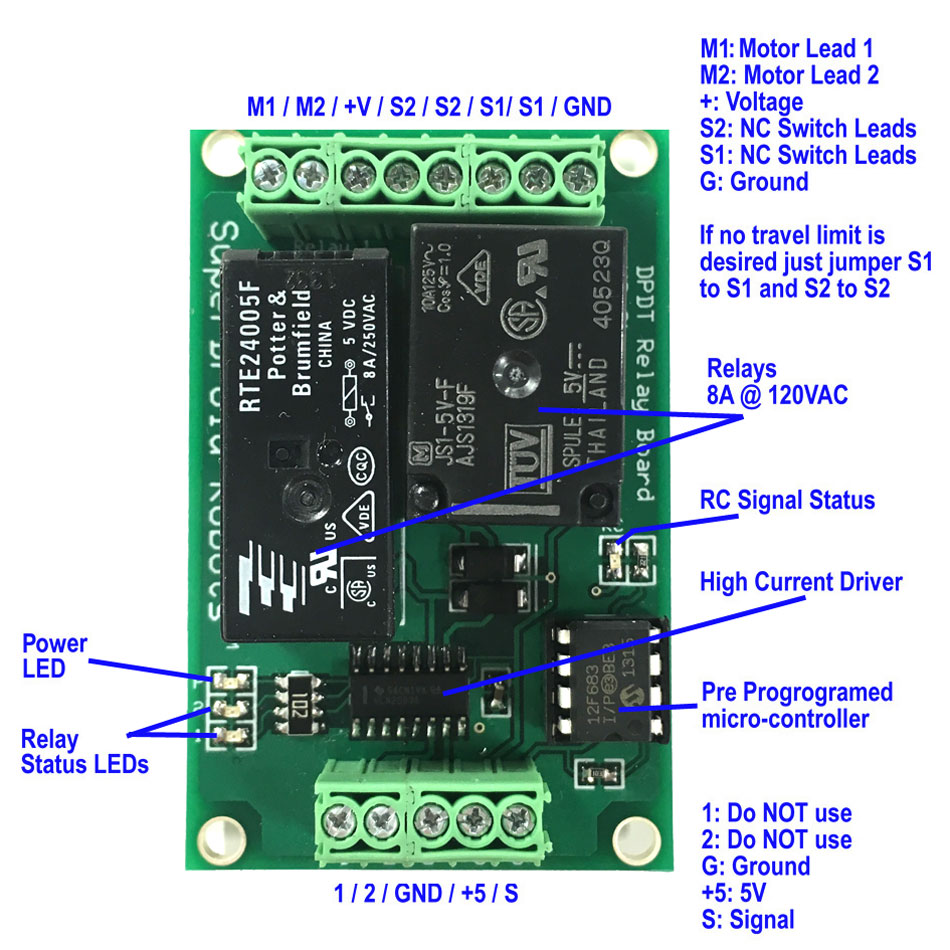 Very simply, you can use a single pole, double throw relay. This has two outputs: one is normally open and the other is normally closed. Both will not be energized concurrently.

EDIT (based on Chuck's comment): In some applications, in which turn-on and turn-off timing is critical, you need to decide between a "make before break" and a "break before make" type of SPDT relay. With your 'bot application this timing difference shouldn't be critical, but if you want to be sure that one action occurs before the other, you can enforce that with proper selection of the relay.

You have the circuit for energizing relay 1. In this circuit you put in series one of the output contacts of relay 2 which are not the "main" output contacts, just a low voltage "additional" contact. If relay 2 is energized the circuit to energize relay 1 will be also closed.

The circuit energising relay 1 will consist of +5V in series with the additional contact of relay 2 the coil of relay 1 in series and ground.

I know that you do not want any complicated logic gates so I present you some MOSFET instead. With a N-Channel and a P-channel MOSFET a simple mutual exclusion logic can be realized.

N channel – For an N channel MOSFET, the source is connected to ground. If we want to let current flow, we can easily raise the voltage on the gate allowing current to flow. If no current is to flow, the gate pin should be grounded

So basically one will conduct while the other won't if you tie the gates together and drive it from a common signal source. So one channel of the remote receiver drives the gates of the FETs. The schematic will be the following: 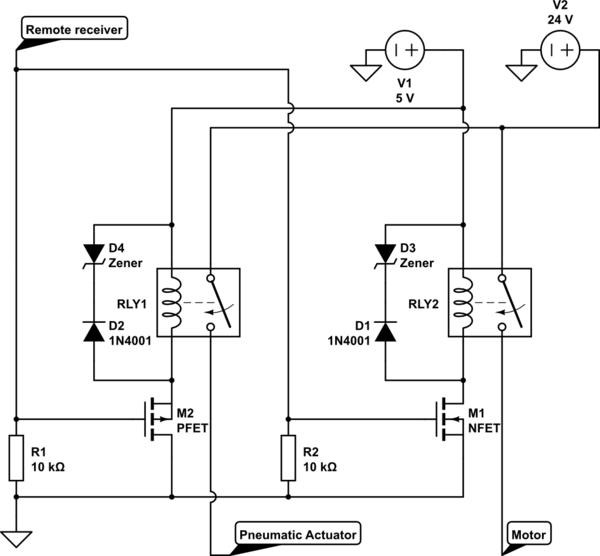 If a resistor is used:

If a zener diode is used:

The fastest release time can be achieved using a zener diode. Here is a simulation of the circuit. You can check the release times if you remove the zeners.

Not the answer you're looking for? Browse other questions tagged control wireless circuit or ask your own question.