Question regarding the orientation of Coxa servos in a HEXAPOD

I'm making a Hexapod robot (this is my first robotics project ever) and I'm having a hard time deciding the orientation of the servo motors on the COXA section. The hexapod I'm making is based on this with MG996R servo motors

The problem is that all the Hexapod assembly guides I've read (including the one above which I'm using) say that the servos on the coxa link have to be installed in a way that the Zero angles (the angle the servos move to automatically when they're plugged in) of the servos should point to look like this from above: (the red circles are the servos in question) 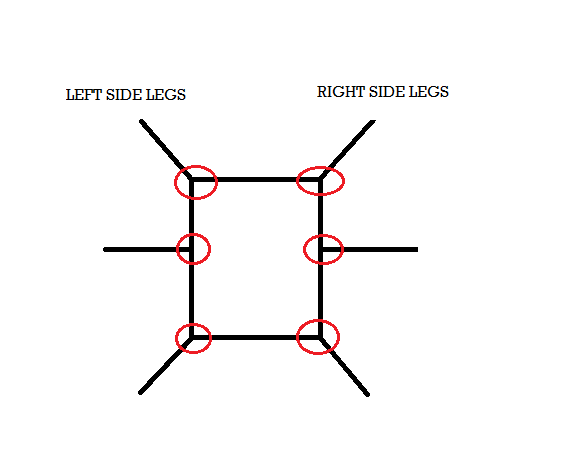 I understand that the reason for setting up the zero angles of the coxa servos this way is so that the Hexapod can directly stand up when it is powered up (since the motors go to their zero angles on powering up).

Browse other questions tagged rcservo legged hexapod or ask your own question.