I'm looking to use 4 of these 3.2V LiFePO4 batteries. I intend to have 2 pairs of 2 in series in parallel. So two 6.4V battery packs in parallel. Because my setup will be run off of this, it will also be easiest to recharge the batteries using the same setup. To accomplish this, I'm looking to charge all the batteries at once using this 6.4V LiFePO4 smart charger. From a simplistic standpoint, the resulting voltage should be correct and this should work fine. However, I know (from a previous question) that LiFePO4 battery chargers are a bit more complex then a basic voltage supply and check. Would the setup I've described work correctly? And in general, will a LiFePO4 smart charger be able to charge several batteries of the correct voltage at the same time so long as it doesn't try to charge them at too high an amperage? Or does a LiFePO4 battery also have a minimum amperage cutoff point to charge such that trying to charge more than one battery at a time will cause problems? Any other issues I didn't mention? Thank you much!

It sounds like you're planning to create a 2×2 configuration of individual cells, which is a common configuration: 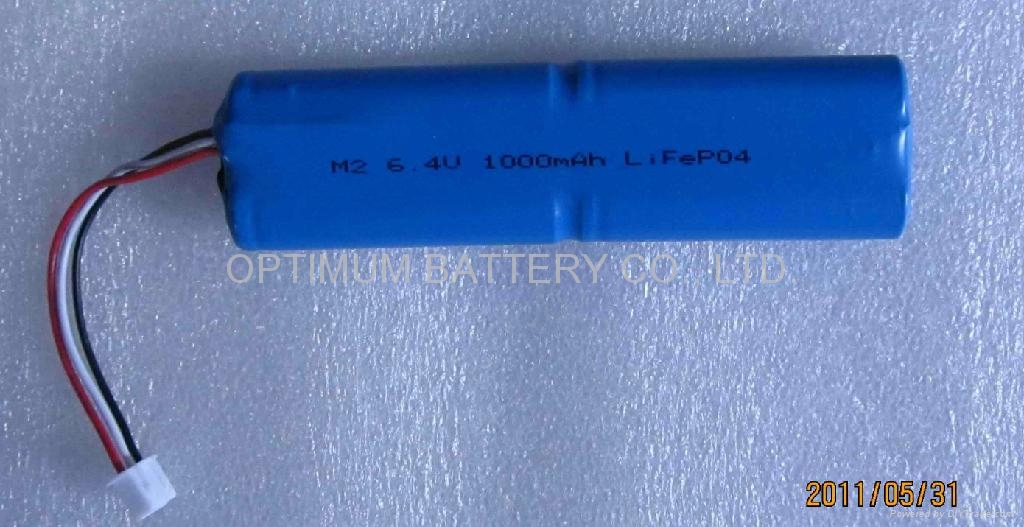 The 6.4V charger is designed for a pair of 3.2V cells in series, so you should be able to add as many parallel stacks of these as you like. They will simply take longer to charge.

At one of my previous jobs, we had a homemade 1.5kW battery that was made of 648 (yes, six hundred and forty eight) LiPoly 18650 cells: 24 supercells in series, each cell being 27 batteries in parallel. I do not recommend this setup. The cells within each supercell will charge evenly because they are in parallel, but the series cells do not. Here's an example of what the supercell charges looked like when we serviced the battery and each supercell was equally charged (ours were 3.7V min, 4.2V max): 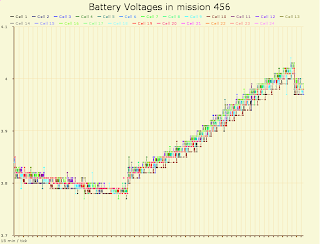 As you can see, they mostly discharge and charge together -- you can see the point at which we plugged in the charger. A few testing days later, one of the cells began drifting apart: 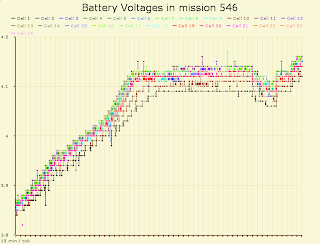 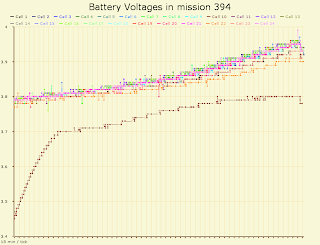 The moral of the story is that using many cells in series doesn't guarantee even charging, because each cell has a slightly different capacity. Using cells in parallel is better because it keeps their voltages equal.

For your particular case: if you don't charge all 4 cells in parallel, make sure that you monitor the voltage of each set of cells in the series -- one parallel pair will have a higher voltage than the other parallel pair. Don't discharge them below the minimum rated voltage of the low pair, and don't charge them above the maximum rated voltage of the higher pair. The difference in voltage between the two sets of cells will impact your available operating time, so it will make sense to manually balance the voltages (using 3.2V parallel charging) every so often.

Basically for charging LiPo/LiFe, you will need charger with balancer which measure each cell voltage level, as they tend to overheat or get damaged or even burst into a flame when handling carelessly. Lipo/life doesn't like trickle charge as NiMh or NiCd and also you will need constant current output at different voltage levels. But there are smart chargers that can handle this. I guess you will need to connect all 4 cells to balancer as they are separated battery packs...

Not the answer you're looking for? Browse other questions tagged battery or ask your own question.

9
How to charge a LiFePO4 battery?

9
How to charge a LiFePO4 battery?
1
Battery system with and without mains voltage attached
0
When to use multiple batteries vs a UBEC
3
Powering multicopter with multiple dedicated batteries
0
Can I use 3 blades instead of 2 blades with the same pitch and dia to increase the thrust of my motor?